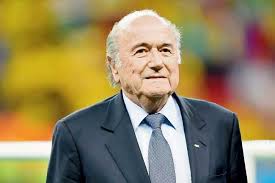 Incumbent FIFA President Joseph S. Blatter was re-elected for a fifth term of office by the 65th FIFA Congress held in Zurich on Friday. After the first ballot (206 valid votes, 133 for Joseph S. Blatter, 73 for HRH Prince Ali Bin Al Hussein), HRH Prince Ali Bin Al Hussein addressed the Congress to announce that he was “withdrawing from the race”. At the beginning of the proceedings, the Congress had confirmed that all 209 FIFA member associations were entitled to vote.

After his re-election, Joseph S. Blatter stated: “First, I want to congratulate HRH Prince Ali Bin Al Hussein. He obtained a very good result. Then, I want to thank you for the trust and confidence. I take the responsibility to bring back FIFA where it should be. And I promise you: at the end of my term, I will give FIFA in a very strong position. Let’s go FIFA!”.

He continued by saying:“We need more respect for the Oceanian confederation. And although I agree that we don’t touch the FIFA World Cup, we need more balance for the FIFA youth tournaments. We also need more women in the football institutions.”

In his address to the delegates in the morning, the FIFA President had stated: “Events of this week have cast a shadow on football and our Congress. But the guilty ones – if confirmed guilty – are individuals, it’s not the entire organisation! Now, we, all together, have to repair the damage. Immediately! I’m calling on you to put FIFA back on the right track. YOU are FIFA, and FIFA needs you.”

Following the intense mediation work led by FIFA President Blatter with the football and the highest political authorities in Israel and Palestine, the Congress approved the creation of a committee which, under FIFA regulations, will oversee different matters affecting the development of football in Palestine. This includes the movement of Palestinian and foreign players and officials within, in and out of the Palestinian territories. The decision was followed by a handshake between the presidents of both associations, Jibril Al Rajoub and Ofer Eini. Shortly before this decision, the Palestinian FA had withdrawn its proposal to suspend the Israeli FA.

FIFA President Blatter welcomed the Congress vote: “This is a landmark step that once again shows the power of football to promote peace and understanding. I congratulate both member associations. FIFA will closely monitor the next steps to ensure the smooth implementation of the agreement for the good of football development in the region.”

After the Congress had been updated on the latest activities led by world football’s governing body to fight racism and discrimination, the FIFA President reiterated: “The 2013 Congress voted for disciplinary sanctions which include deduction of points, relegation or expulsion of a team. I’m convinced that when the disciplinary bodies of the football institutions around the world start to impose such sanctions, that will have a major impact on the way to eradicating such a plague from the game.”

The delegates were updated about the implementation of the Handshake for Peace campaign, which now forms part of the match protocol at all FIFA competitions, with team captains and referees meeting to officially shake hands as a symbol of respect and solidarity before and after the match, thus setting a strong example of friendship and peace.

The Congress also received updates on FIFA’s work on the issue of third-party ownership, as well as on its football development activities – FIFA’s primary mission – and on its initiatives to promote women’s football, just a week ahead of the kick-off of the FIFA Women’s World Cup 2015™ in Canada with, for the first time ever, a total of 24 participating teams.

FIFA’s activities in the field of medicine – prevention as well as health promotion, in particular – were also highlighted, and this after FIFA had organised its third Medical Conference for all member associations earlier this week. In his capacity as the independent chairman of the Audit and Compliance Committee, Domenico Scala provided an update on the significant changes in the compliance processes established as part of the good governance process. “FIFA has implemented a compliance system, which is suitable to identify material non-compliance with its statutes and regulations (…). We also need to ensure that governance doesn’t stop at the top of the football pyramid. We all need to drive and support the implementation of transparent and accountable structures, processes and instruments at confederation and national levels,” said Domenico Scala.

The Congress approved the consolidated financial statements for 2014 and for the 2011-2014 four-year period as well as the 2016 budget. Furthermore, upon the recommendation of the FIFA Audit and Compliance Committee, it appointed KPMG as FIFA’s auditors for the 2015-2018 cycle.

The following candidates were elected for the remainder of term of office onto the respective judicial body:

• Dr Cornel Borbély (Switzerland): chairman of the investigatory chamber of the Ethics Committee

• Mr Jacques Lambert (France): member of the investigatory chamber of the Ethics Committee

A report was made on the preparations for the FIFA World Football Museum, which will open in Zurich next year.