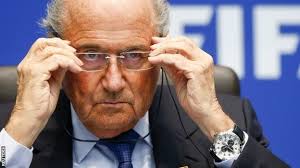 Blatter to step down as FIFA boss

Incumbent Sepp Blatter has decided to step down from his position as President of world football –governing body, FIFA, the announcement coming only four days after he received the mandate for a fifth term in office.

In a short announcement at a press conference at the Home of FIFA on Tuesday evening, Blatter said he will lay down his mandate at an extra-ordinary elective Congress, to be convened soon.

Until that election, he continues to carry out his functions as FIFA President. He also announced a significant reform programme to be driven by Domenico Scaia, the independent Chairman of the Audit and Compliance Committee.