The Confederation of African Football has appointed NFF President Amaju Pinnick as a member of the esteemed Organising Committee for the Africa Cup of Nations, for the period 2015-2017. 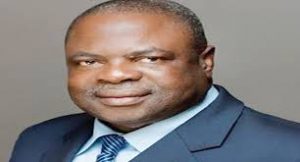 Former Director General of the National Sports Commission, Hon. Gbenga Elegbeleye is appointed into the Disciplinary Board, and screen diva Aisha Falode retains her place on the Media Committee.