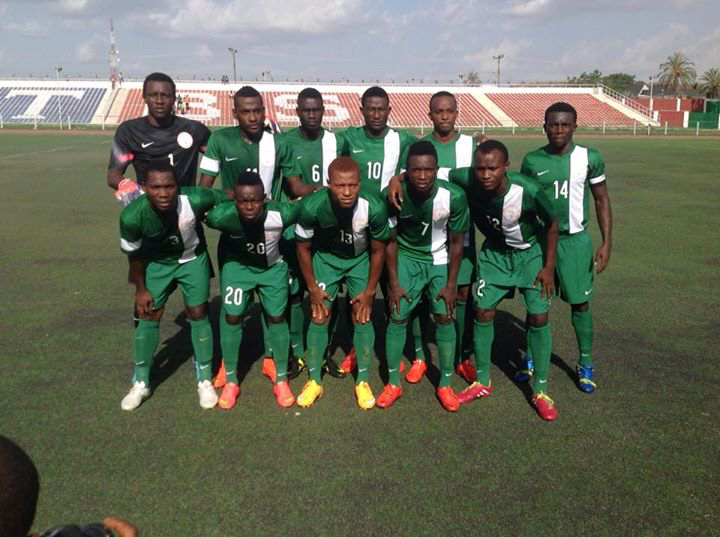 The Nigeria U-23 team

The U-23 National Team, also known as Dream Team, worked hard but could not build a comfortable advantage against Congo in an African U-23 Championship final round, first leg qualifying match played in Port Harcourt on Sunday, winning 2-1.

Junior Ajayi scored both goals early in the second half – the first a tap-in after Goalkeeper Chrisopher could not get a good grip of the ball off a pull-out in the 48th minute, and the second a marvelous team goal that Ajayi finished with a brilliant header from an inviting Daniel Etor cross six minutes later.

However, and inexplicably, Samson Siasia’s wards took their feet off the pedal, and allowed the Congolese into the game. The Devils created chances and from one of such, Nkoukou Miose slammed in off a rebound from goalkeeper Emmanuel Daniel in the 66th minute.

Siasia’s boys won their two away matches in the qualifying race for the All-Africa Games – for which they have qualified. They pounded Gabon 4-1 in Libreville and defeated Zambia 2-0 in Lusaka, and on the evidence of strength-in-depth, should be understandably confident going to Pointe Noire on August 2.