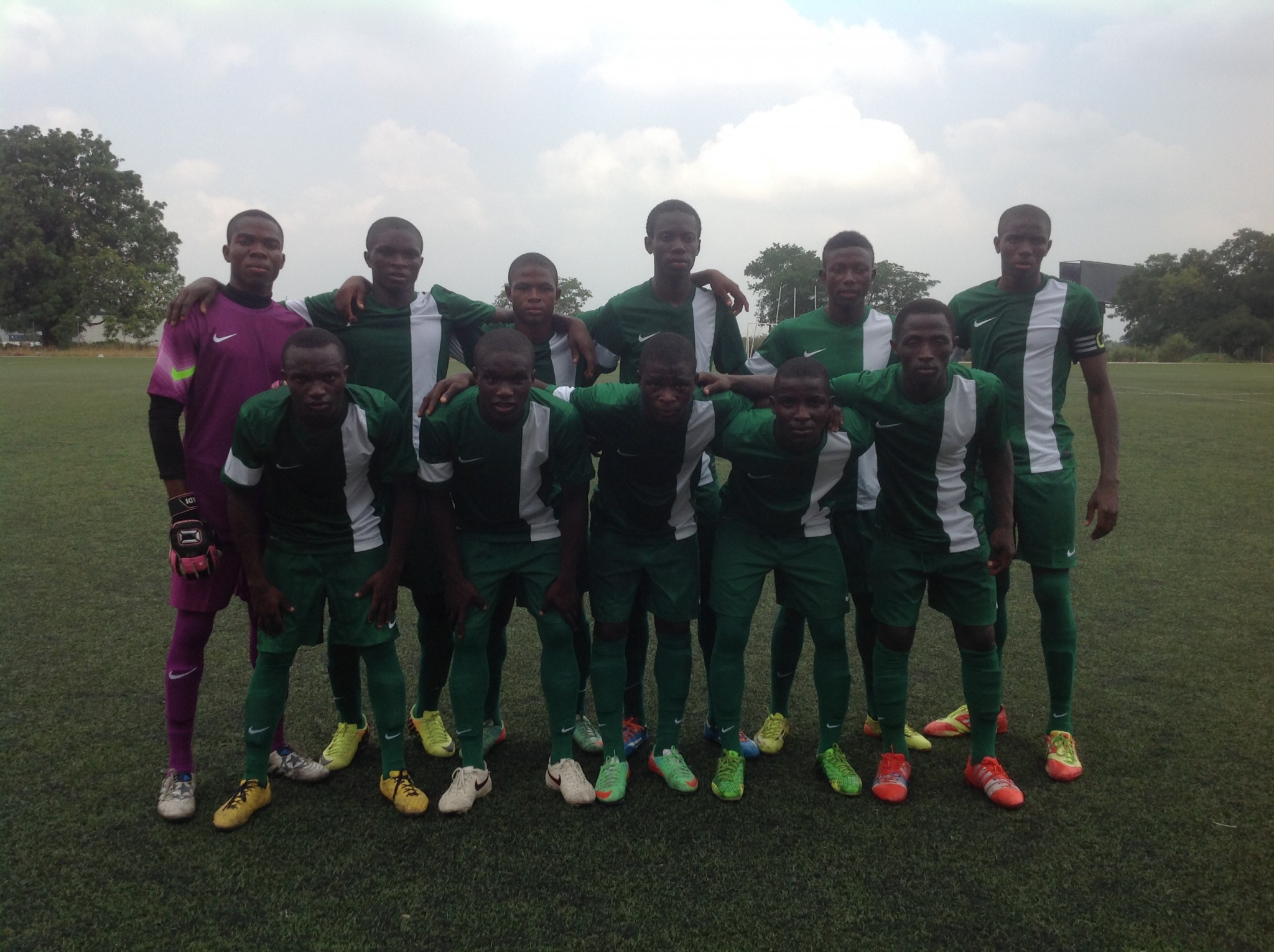 The match against the Lagos-based side was Golden Eaglets’ 35th friendly match with local teams with an impressive record of 31 wins; three draws and a loss. It was also an opportunity for new -found recruits to contest for places in the 2015 World Cup-bound squad.

Ginger -haired Gavin Thompson grabbed a 30th minute opener, and his first goal in national team colours, albeit from the spot kick after Akanni Sodik was brought down in the box. Taofeek Jibril doubled the lead for the Golden Eaglets 15 minutes later when he flicked a header into the net after a goal -mouth melee.

Coach Emmanuel Amuneke brought a new set of players including captain Kelechi Nwakali and striker Victor Osimhen in the second stanza. In the 63rd minutes, Osimhen floated a through pass to Nduka Ebere who rounded off his marker before burying the ball beyond goalkeeper Adebayo Adeleye.

Amuneke described the performance of his wards as reassuring, adding that competition amongst the old and new players is exciting.

“This was a good match for us though we arrived early this morning from Lagos for the match,” said Ita Bassey, Chief Scout of Youth Sport Management. The Golden Eaglets had a better performance and we pray they do even much better in Chile.”

The 2015 FIFA U-17 World Cup will be held between October 17 and November 8 in Chile, South America.