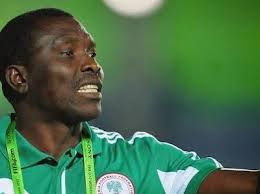 The U-20 Women National Team, Falconets, will on Wednesday fly out of the country for their 2016 FIFA U-20 Women’s World Cup second round, first leg qualifying match against their Liberian counterparts, taking place this weekend.

Thenff.com learnt on Tuesday that a contingent of 18 players and nine officials will fly through Accra and Abidjan, before setting out to Monrovia, to arrive there on Friday.

Despite reports of a fresh outbreak of Ebola virus disease in the West African country, the Confederation of African Football has opted not to move the match to a neutral venue. Last weekend, Liberia’s senior national team, Lone Star, hosted Guinea in a 2016 African Nations Championship qualifier, which ended 1-1.

On Monday, having received no information from the Liberia Football Association or CAF on the exact date, time and venue of the match, the NFF wrote to the LFA asking for those details.

The LFA has now replied stating that the match will take place on Sunday, at the Antoinette Tubman Stadium, starting at 4pm.

CAF has appointed Aissatou Inter Keita of the Republic of Guinea as referee for the match.

She will be assisted by compatriots Fantagbe Kaba, Manty Keita and Isatou Touray as assistant referee1, assistant referee 2 and reserve referee respectively. The match commissioner is Fatou Camara from Mali.