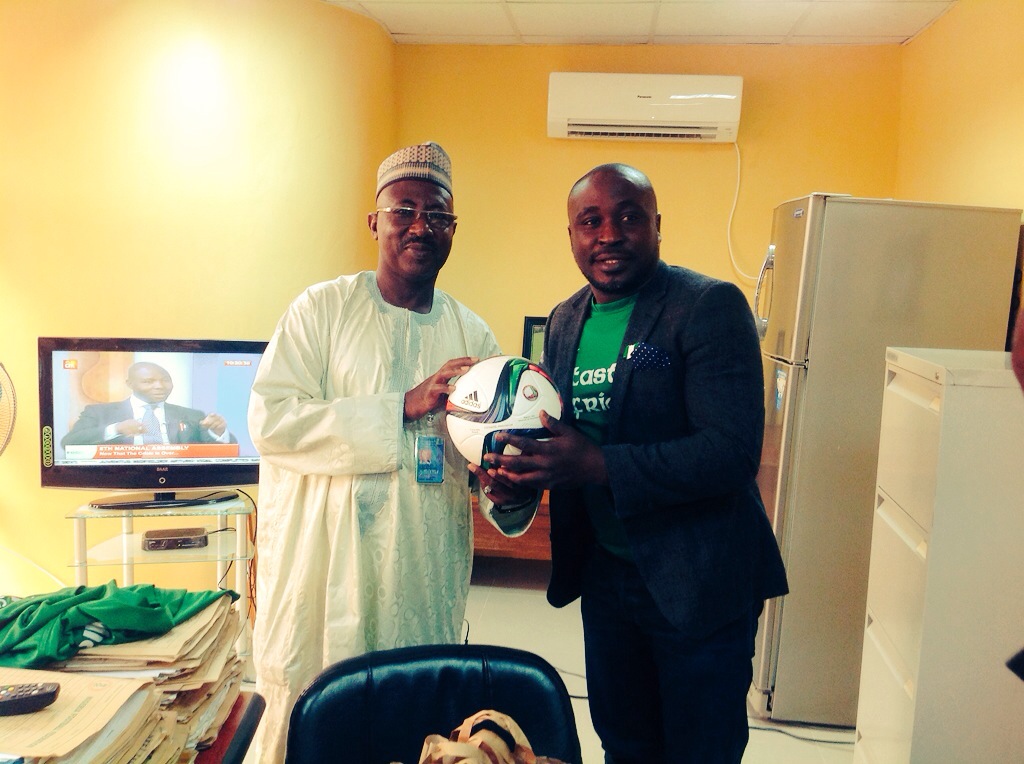 Commendation for passionate commitment to a worthy cause has come the way of managers of the touring Team NigeriaUK, which plays world champions Golden Eaglets in two friendly matches at the mainbowl of the National Stadium, Abuja on Wednesday and Thursday.

General Secretary of Nigeria Football Federation, Dr. Mohammed Sanusi, while receiving the management of the team at the NFF Secretariat in Abuja, lauded their efforts and hailed them as “good ambassadors of our country.”

“What you are doing is commendable. It is a great thing because football plays several positive roles all over the world. It is a unifying factor beyond compare, a powerful tool for relations among nations, a strong eradicator of social vices through getting youths engaged and excited, and an industry employing close to a billion people.

“The NFF will explore further areas of collaboration with you. We will also recommend you to our partners and sponsors to support you.” 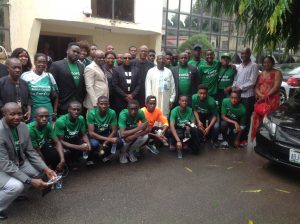 Top officials of NFF in group photograph with Management of Team NigeriaUK, players and some parents.

While commending the parents of the young players, some of whom traveled down with the group from the United Kingdom, for releasing their sons for the project, Sanusi challenges the young players to fight for places in the current U-17 National Team.

“The National Teams of Nigeria are open to all bonafide Nigerian footballers, anywhere in the world. The more the merrier, and the better the competition for shirts. There is no Godfatherism.

“If you pull your weight in the matches that you will play against the Eaglets, the coaches will notice you and give you invitation. Every coach wants to win,” Sanusi said, while urging the teenagers to avoid social vices and make their parents proud.

Responding, president of the Team NigeriaUK, David Doherty praised the NFF for receiving the team well and for the opportunity to play the world champions.