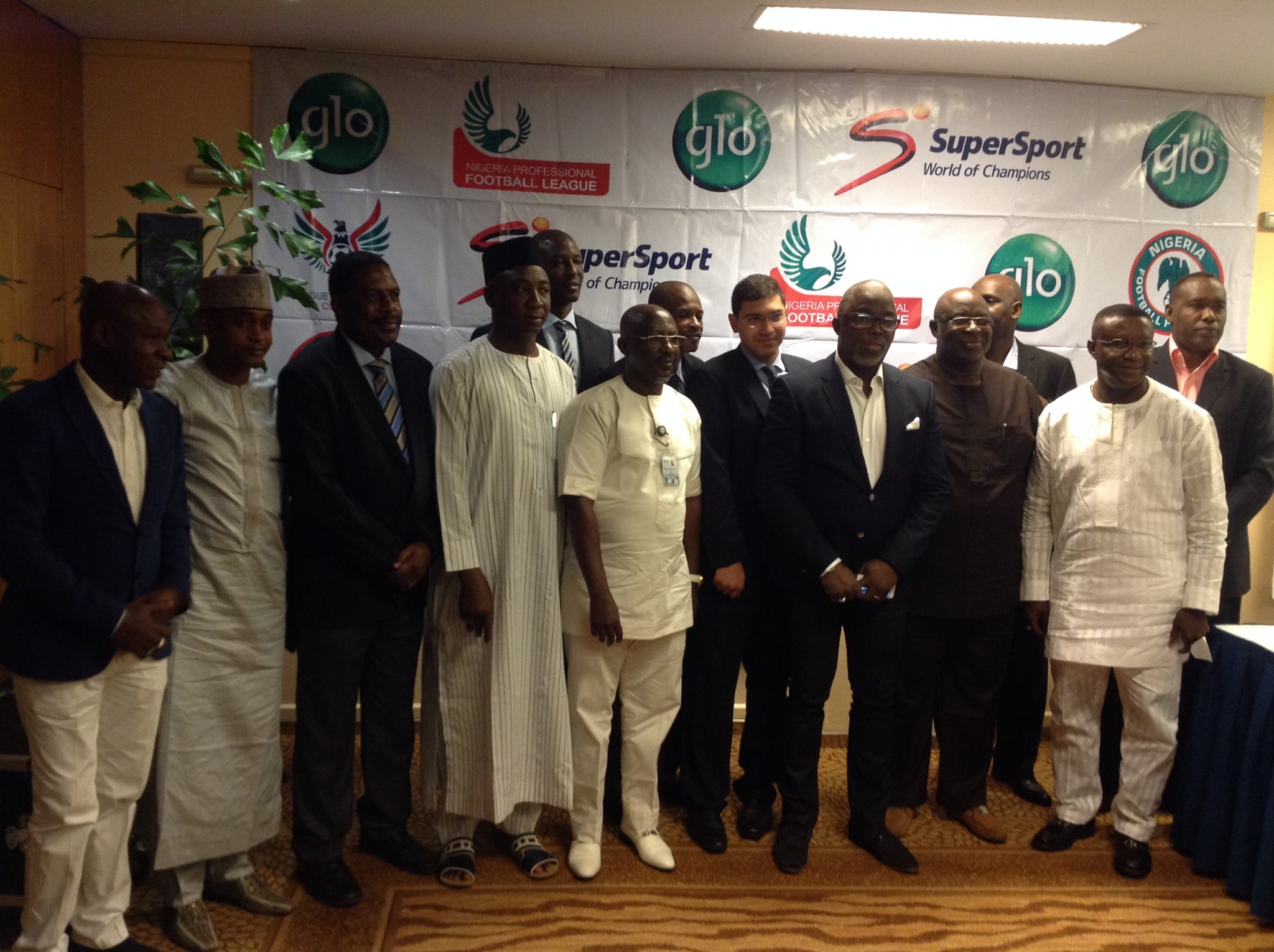 The first –ever CAF Club Licensing Seminar in Nigeria was opened in Abuja on Thursday at a colourful ceremony witnessed by leading lights of Nigerian football and big-wigs of the Confederation of African Football (CAF).

NFF President Amaju Pinnick, who opened the two –day event, praised CAF for the initiative and stressed that the program was another step by the NFF to build capacity of workers in the game and entrench global best practices in the administration of the Nigerian game. 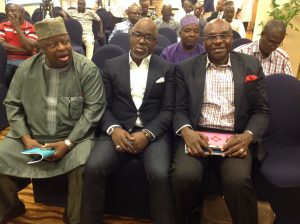 “As we keep saying at every turn, our administration is committed to repositioning the Nigeria game. There has been tremendous impact in several aspects, most notably the League, and we are determined to intensify the capacity building programs for referees, coaches and administrators.

“We appreciate this move by CAF, recognizing the high importance of our country in the global football community, and we have high regard for the instructors they have sent to ‘load’ our people with the best practices in club licensing.” 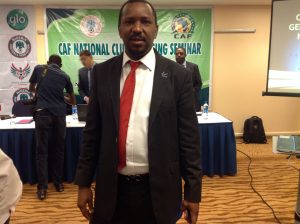 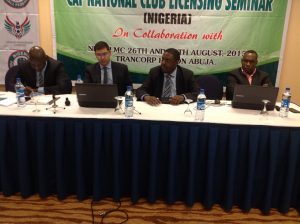 The four instructors sent by CAF

Meanwhile, Nigeria’s FIFA Match Commissioner, CAF Instructor and NFF Technical Committee member, Mr. Paul Bassey is in Accra, Ghana as an instructor at a similar seminar holding in that country.