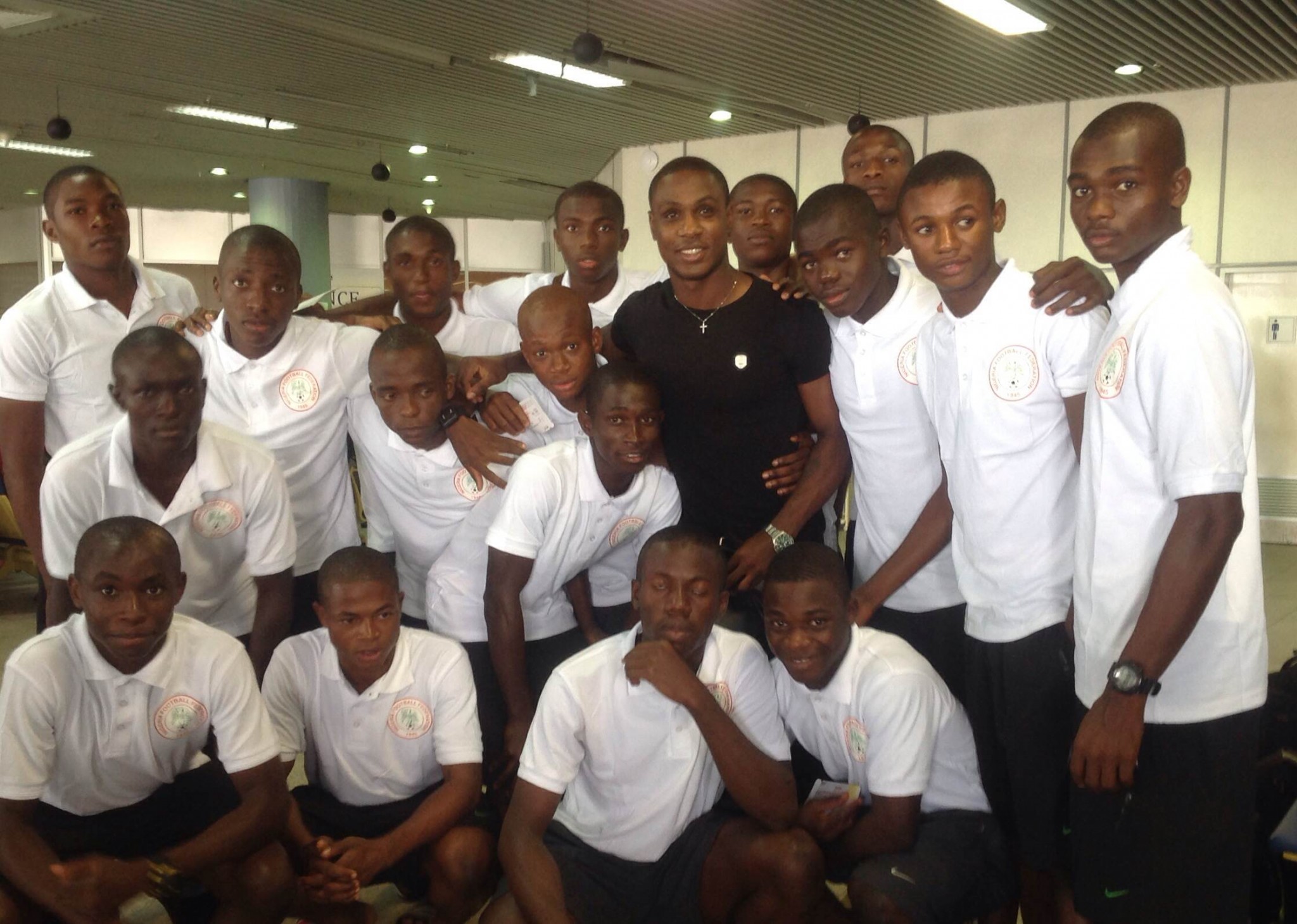 The delegation of U-17 National Team, Golden Eaglets, departed for the Four-Nation Suwon Invitational Tournament on Sunday without team captain Kelechi Nwakali and coordinator Prince Udofia.

Thenff.com learnt that the Embassy of Korea Republic in Nigeria had returned the passports of the Eaglets’ skipper and team coordinator as ‘unreadable’ – a rather strange explanation given that the two persons had been traveling with the same passports for years now.

“We don’t know what they mean by ‘unreadable’ because the player, Nwakali and the team coordinator, Udofia, have been using these same passports without any issues.

“In any event, we are working hard to see what we can do and make the Embassy issue visas to these two persons on Monday, so that they can travel on Tuesday to join the Golden Eaglets’ delegation,” said an NFF protocol official.

The development meant 17 players traveled by Qatar Airways on Sunday, to arrive at Korea Republic’s capital, Seoul on Monday evening for the tournament that the NFF believes will stoke competition spirit in the Eaglets ahead of their defence of the FIFA U-17 World Cup title in Chile in seven weeks’ time.

Nigeria play hosts Korea, Croatia and Brazil at the Four-Nation tournament, which the Golden Eaglets also took part in ahead of their triumph at the FIFA U-17 World Cup hosted by the Koreans in 2007.

The striker, who plies his trade with Watford FC, was an instant hit with the fledgling youngsters at the Nnamdi Azikwe International Airport in Abuja en route to Korea via Lagos as he exchanged pleasantries with players and officials of the team.

“I want to wish you best of luck on this trip as well as the World Cup in Chile,” Ighalo said flashing his trademark smile.”You guys have to work hard.”

Meanwhile, Chairman of Nationwide League One, Alhaji Ahmad Kawu on Sunday led the Golden Eaglets to the Tournament in South Korea as its leader of delegation.

Kawu was also with the Coach Emmanuel Amuneke-led side when they went on two-match tour of Cairo in 2014 as well as the 2015 African U-17 Championship in Niger. He led the team out of Nigeria via Murtala Muhammed Airport aboard Qatar Airways to Doha where they would take a connecting flight to Korea.

Before departing Nigeria, Amuneke reiterated that the tournament was going to be a good test run for the Eaglets’ Class of 2015.

“We are going to Korea not just for the fun of it,” he told the players during the last training session In Abuja on Saturday. “We are going to meet other teams that have also qualified for the World Cup and that means we have to work hard.”