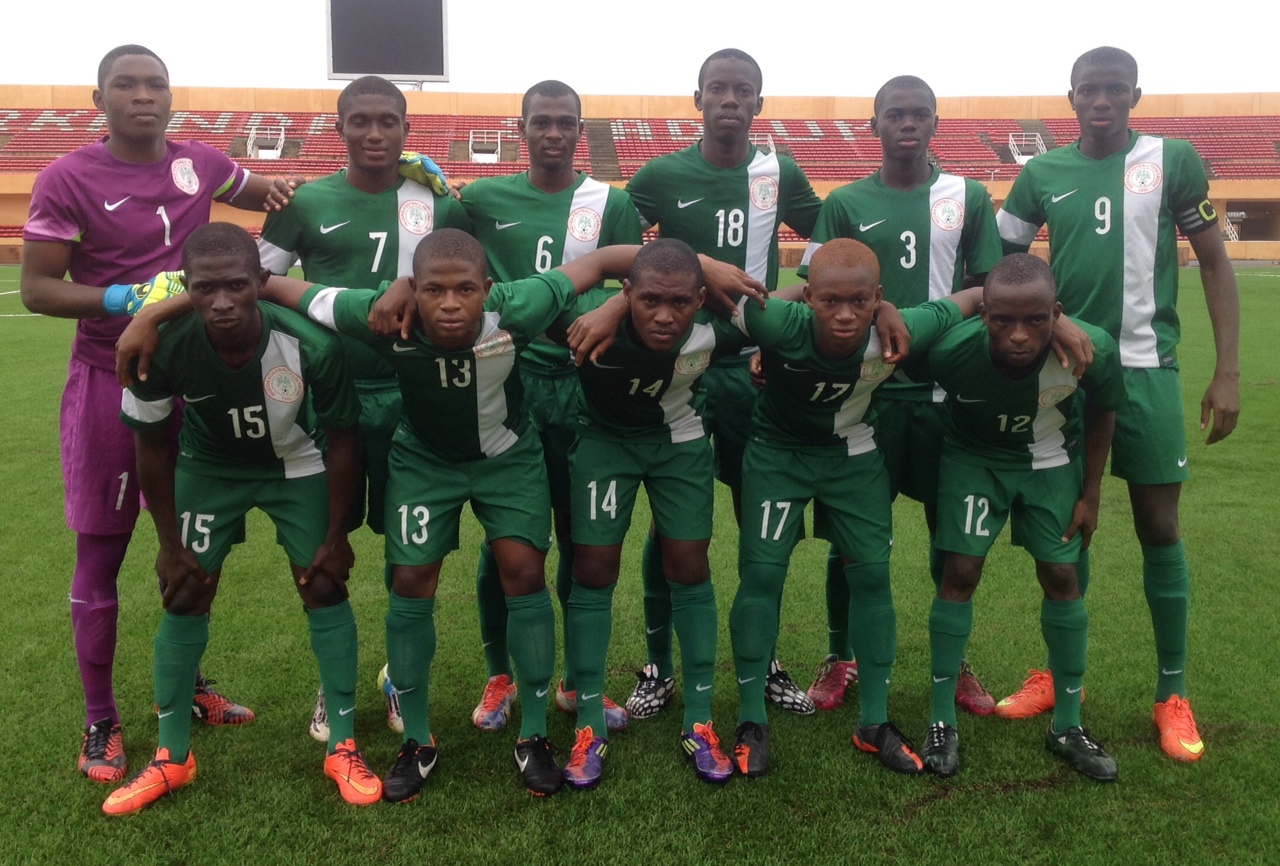 The U-17 National Team, Golden Eaglets, will play hosts Korea Republic in their first match at the 4-Nation Suwon International Tournament, on Wednesday next week.

Arrangements have been finalized by the Nigeria Football Federation  for the Golden Eaglets to depart for Korea on Sunday for the 4-Nation invitational competition which  was shifted  in July due to the outbreak of MERS in the Far East.

Hosts Korea Republic would be joined by Brazil, Croatia and Nigeria, and the teams will play one other in a round-robin basis between September 2 and 6 to determine the tournament winners.

The Golden Eaglets would open their account against the Baby Taegu Warriors on September 2 and would complete their schedule against Brazil and Croatia on September 4 and 6 respectively.

Organizers said the tournament is a good test run for the  four teams heading  to the FIFA U-17 World Cup Chile 2015, where incidentally, Nigeria and Croatia are drawn together along with host Chile and USA in Group A.  Brazil and South Korea are also in the same Group B along with Guinea and England.

Meanwhile, Golden Eaglets’ squad of 18 players and officials are expected to leave their closed- camping site in Katsina on Saturday en route to Lagos through Abuja where they are expected to fly out for the tournament, and are expected in Suwon on Monday, August 31. They are due back in Nigeria on September 8.

Ahead of their trip to Suwon,  the Golden Eaglets continued their preparation for the tournament with a 4-1 win against Katsina State Football Club Owners’ Selected Team at the Karkanda Stadium in Katsina on Thursday.

“This was a very difficult match and a good test again for our team,” Golden Eaglets’ assistant coach, Kabiru Baleria, said afterwards. “The most important thing is that the boys are showing what they are learning in training.”