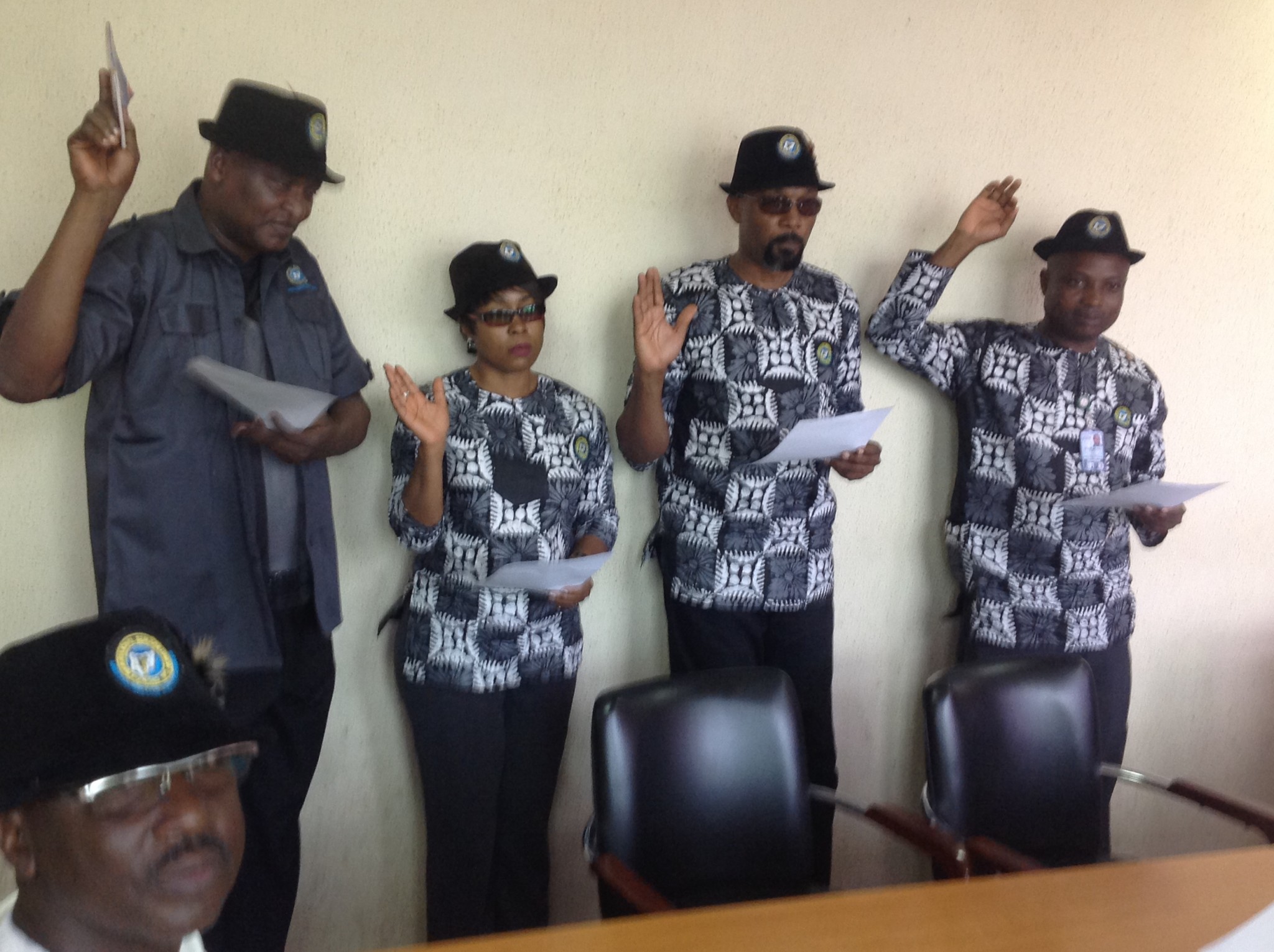 The executive council of the NFF chapter of the Nigeria Civil Service Union was on Tuesday handed a fresh term of office at an inauguration attended by officials of the national chapter of the union.

General Secretary of the NFF, Dr. Mohammed Sanusi, himself a unionist having served as president of his school’s students union, as a former vice president of his tertiary institution’s academic staff union and as current president of NICEGA, used the forum to pledge greater co-operation with the NFF chapter of the union.

“There is no doubt that union complements the work of the management. The present union executives have been exemplary in the way they have brought the staff together and ensured total co-operation with the management.

“I believe the relationship between management and union will become even stronger and more fruitful in this new term.”

Vice chairman of the federal council, Comrade Timothy Odebunmi praised the NFF management for the matured way they have related with the union since it was launched in May 2011, and reiterated that the mandate of a workers’ union is to serve as a channel between management and staff, and not as a vehicle for confrontation.

Abdulrahaman pledged that the executives will justify that the confidence that has been reposed in them for a second term, and that the focus would be on improving on their first -term performance.