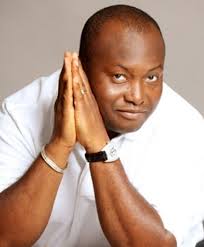 Oil tycoon, Dr. Patrick Ifeanyi Ubah has made clear his intention to give big support to the Nigeria Nationwide League, at an investiture ceremony on Thursday.

The proprietor of Glo NPFL club, FC IfeanyiUbah, who is also into electronics business, was invested as a patron of the Nationwide League in Abuja on Thursday, and immediately promised that financial relief would soon come to the nation’s amateur football cadre as he has tremendous interest in that level.

NFF 2nd Vice -President and chairman of the League Management Company, Mr. Shehu Dikko, who represented the NFF President at the ceremony, praised Ifeanyi Ubah and said the promised lift is another landmark accomplishment by the new NFF administration.

“A lot has been going right for all the Leagues of recent, and we must put this down to the vision, foresight and sincere commitment of the new NFF leadership to turning around our football, beginning from the domestic level.

“Dr. Ifeanyi Ubah’s gesture will certainly inspire other well –to –do individuals and corporate organizations to show interest in supporting domestic football, and further encourage the NFF leadership,” said Dikko.

Though Dr. Ifeanyi Ubah is yet to formally announce a take –over of the title sponsorship of the Nationwide League, it is understood that he is set to name the league after one of his top companies with a right fee running into hundreds of millions of naira.