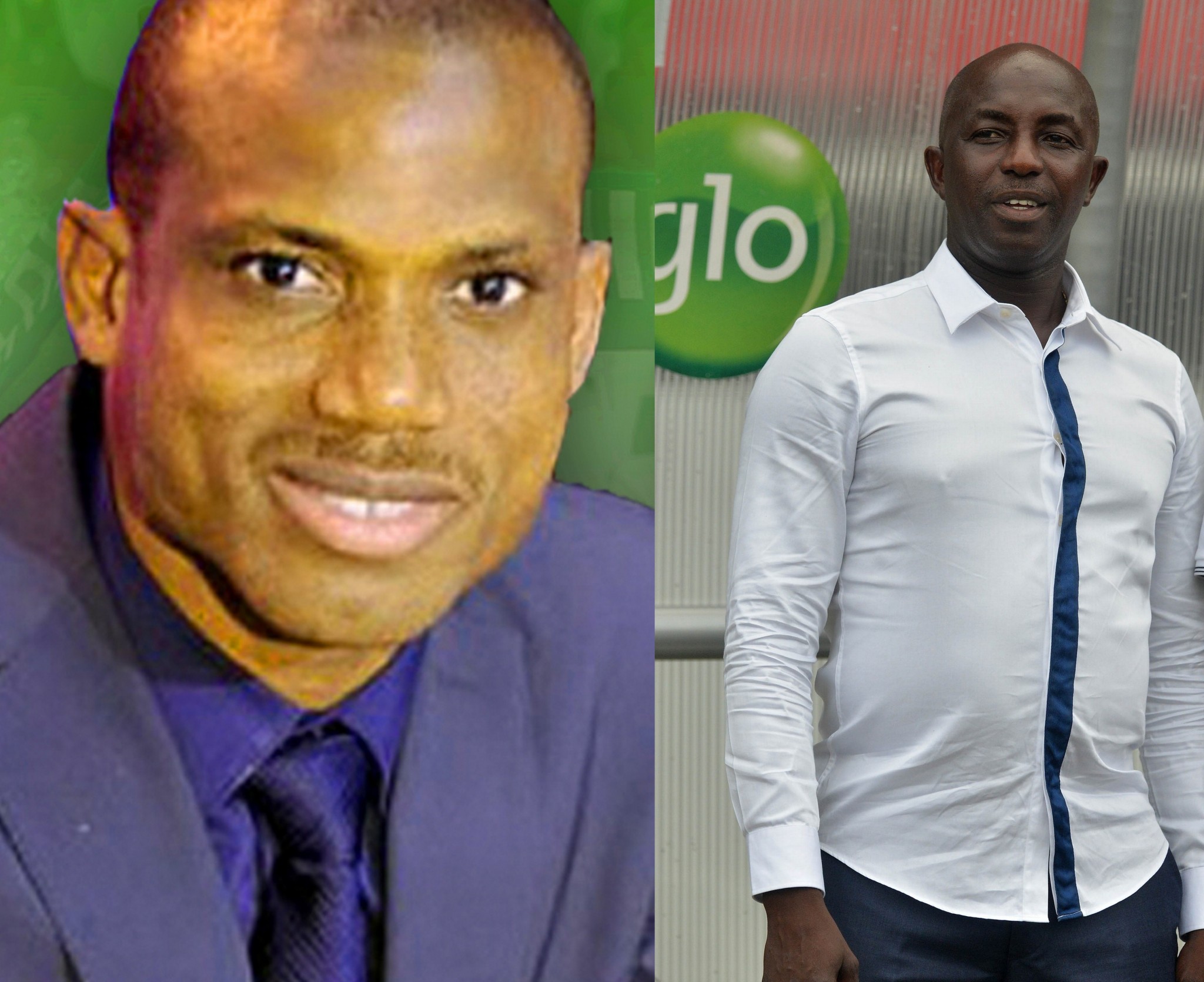 Oliseh & Siasia: We must work together!

Super Eagles’ Head Coach, Sunday Oliseh and his U-23 team counterpart, Samson Siasia, have told themselves they must work together for each other to succeed as Nigeria football looks to a much brighter future.

Both respected technicians met at the office of the NFF General Secretary, Dr. Mohammed Sanusi on Friday afternoon as Oliseh came to familiarize with NFF Management and Staff.

“Whatever we might feel, the truth is that we are both condemned to work together. We have no choice than to pool resources together and see how we can both help ourselves succeed in our different but complementary tasks,” Oliseh, who was the first to arrive, said.

Both men were integral part of Nigeria’s Golden Generation – the 1990s squad that took Nigeria to number five in the world rankings, won the Africa Cup of Nations and reached the Round of 16 at consecutive FIFA World Cup final competitions. Oliseh was also in the U-23 team that won Olympic gold in 1996.

“I have coached the Super Eagles before and I know the nature of the job. It is no picnic. But we will always be in contact so that we can help each other at all times,” responded Siasia.

While Siasia’s U-23 team is heading to the All-Africa Games in September, and also looks forward to participation at the African Olympics qualifying tournament (Africa U-23 Cup of Nations) in Senegal in December, Oliseh will be frisking for three points against Tanzania in the race for a place at the 2017 Africa Cup of Nations, and also has 2016 African Nations Championship and 2018 FIFA World Cup qualifying races to deal with later in the year.

NFF General Secretary, Dr. Mohammed Sanusi, praised the duo for the maturity and pragmatism and assured that the NFF will give them, as well as coaches of other National Teams, all the support to succeed in their assignments.