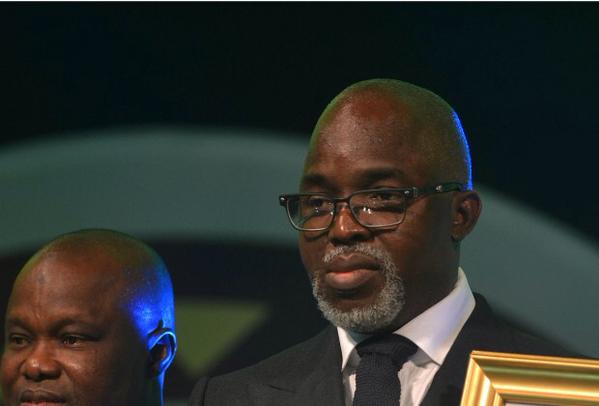 President of Nigeria Football Federation, Mr. Amaju Pinnick and Super Eagles’ Head Coach, Sunday Oliseh are in the United Kingdom for a number of meetings with prospective sponsors of Nigeria football.

A number of the meetings took place over the weekend, with more scheduled for early this week, and Pinnick will also be involved in sessions related to global football politics, with events heating up ahead of FIFA’s presidential election early next year.

“We have a number of meetings with some groups who have indicated interest in Nigeria football. It is my responsibility to expatiate on the direction that we want to take Nigeria football, and Oliseh is our Head Coach now and they needed to listen to his own development plans as well.

“The meetings we have had so far have been positive, and we expect great results. Ideally, it is not every move we make, or every plan we have, that we throw out there into the public.”

Before flying out to London, Pinnick personally received the delegation of Super Falcons at the Murtala Muhammed International Airport, Lagos while the delegation was on its way out of the country to Equatorial Guinea. He also made several calls to leaders of delegation (NFF Executive Committee members Ibrahim Gusau and Dilichukwu Onyedinma) before, during and after the Olympics qualifying match in Bata.

“The truth is, I actually wanted to travel with the Falcons, if not for the meeting in the UK. I had developed a special bond with the team from the FIFA Women’s World Cup in Canada. The NFF is proud of the team’s glorious achievements over the years.

“They came so close to securing the ticket to the final round of qualifiers, but nearly kills no bird. The lesson we have taken from there is that we must now fast –track our development plans for the women’s game in our country.” 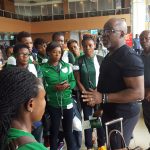 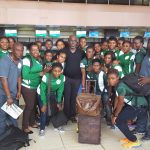 NFF President Pinnick poses with the players in Lagos before departure 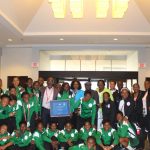 Pinnick with the Super Falcons at the World Cup in Canada 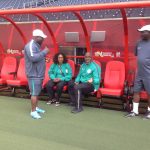 Pinnick with Chairperson of women’s football, Dilichukwu Onyedinma, at the Women’s World Cup in Canada 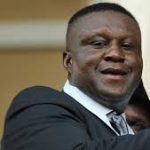 Pinnick insists that Nigeria can no longer afford to be a silent member of the global football community. “I am also here to attend some meetings related to global football politics. It is not possible to divulge details of such meetings.”

Pinnick congratulated the U-23 boys, which delegation was led to Pointe Noire by the Chairman of the NFF Technical and Development Committee, Chief Felix Anyansi-Agwu. “We are excited by the team’s qualification for the African U-23 Championship. But we have to keep a level head as there is still a lot of work to ensure quality preparation for the Championship in order for the team to qualify for the 2016 Olympics.”