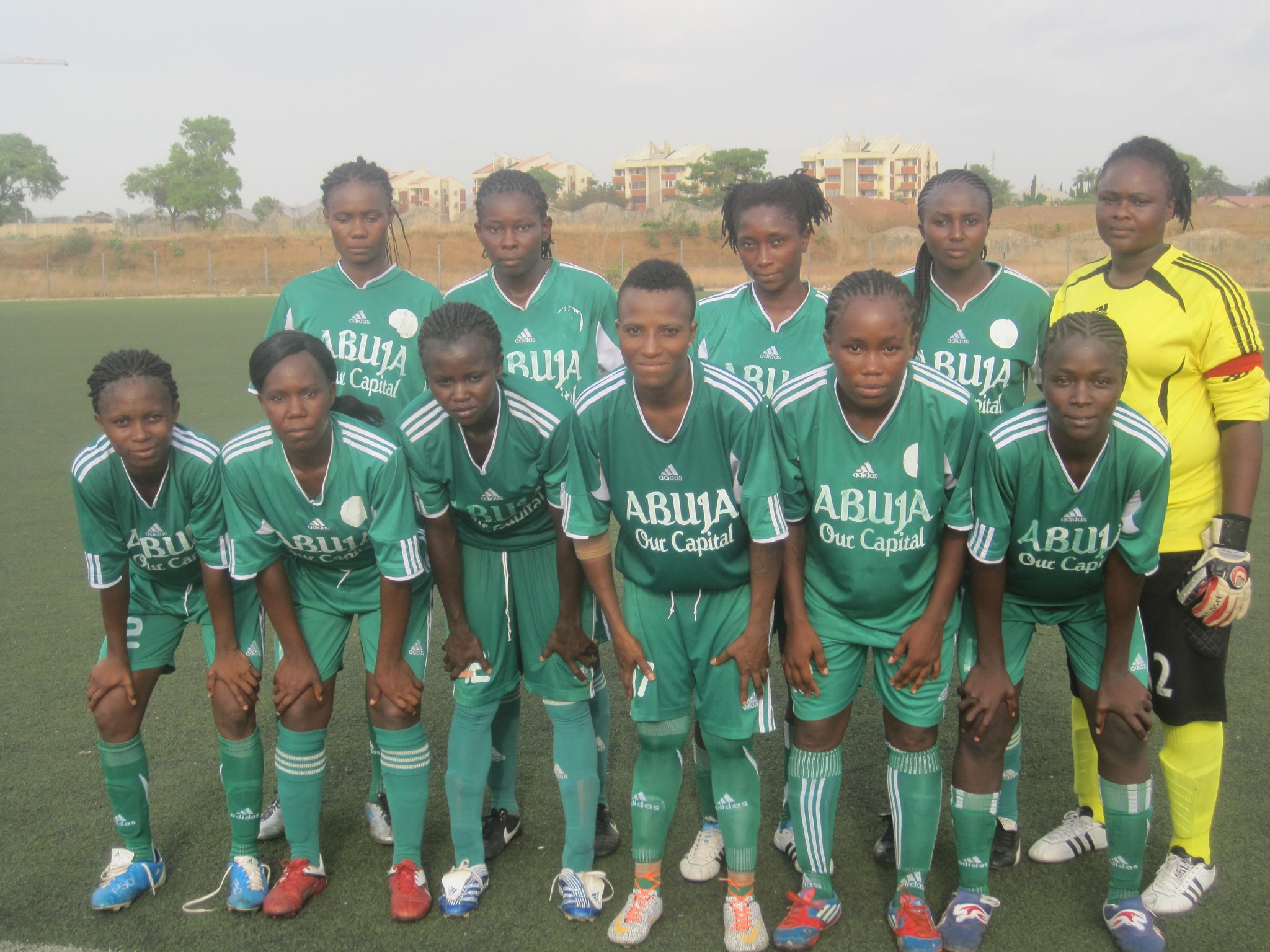 Posted By: (Femi)-https://www.linkedin.com/profile/view?id=11857187&trk=nav_responsive_tab_profileon: August 07, 2015In: Womens LeagueNo Comments
Print Email
The U.J. Esuene Stadium in Calabar, will be the action spot of the Match Day 11 of the on-going Nigeria Women Premier Football League. There, host Pelican stars will tackle high-riding Sunshine Queens of Akure. The host would have a huge hurdle to cross, as they would have to be up and doing in containing the high scoring Queens. In Jalingo, the Edo Queens will try their luck against Taraba Queens. The Taraba girls who have not been finding things easy in the League, may find it difficult to hold their own when the chips are down in that match, and it would not be surprising if the Oshiomhole girls record their first away win this weekend.
In Lagos,  FC Robo will again be at home against Delta Queens of Asaba. FC Robo who were walked over last weekend at home, may have overcome that trauma, and would be ready to confront Coach Peter Dedevbo and his girls. It would be a revenge mission in Lokoja where home girls Confluence Queens would be hosting Adamawa Queens. The Wada girls who lost painfully in Yola during the first stanza, would want to pay the visitors back in their own coins. In Yenegoa, Bayelsa Queens would have their hands full, as they play Osun Babes of Osogbo. The high riding Aregbosola girls will surely be a hard nut for the home girls to crack. The host would need extra effort to stop the highest goal scorer in the League, Precious Edewor. In Benin City, Martins White Doves will host Ibom Angels, who may like smile back home with a favourable result. The match between Capital City Doves and City of David Ladies and; that between Nasarawa Amazons and Rivers Angels have been put on hold by the League Board.
Meanwhile, the Nigeria Women’s League has stated that all Premier League clubs are eligible to register more players for the season, provided they do not have more than 35 players on their books. According to Secretary, Emmanuel Adesanya, the additional registration window would be closed on August 14.
Also, the Women’s League has postponed the Week 12 matches of the on-going Premier League season, as a result of the quarter finals of the Women’s Federation Cup competition coming up on Wednesday, 12 August. New dates for the matches will be announced later.
FIXTURES
GROUP AFC Robo vs Delta Queens
Confluence Queens vs Adamawa Queens
Bayelsa Queens vs Osun Babes
Martins White Doves vs Ibom Angels
GROUP B
Pelican Stars vs Sunshine Queens
FC Taraba Queens vs Edo Queen