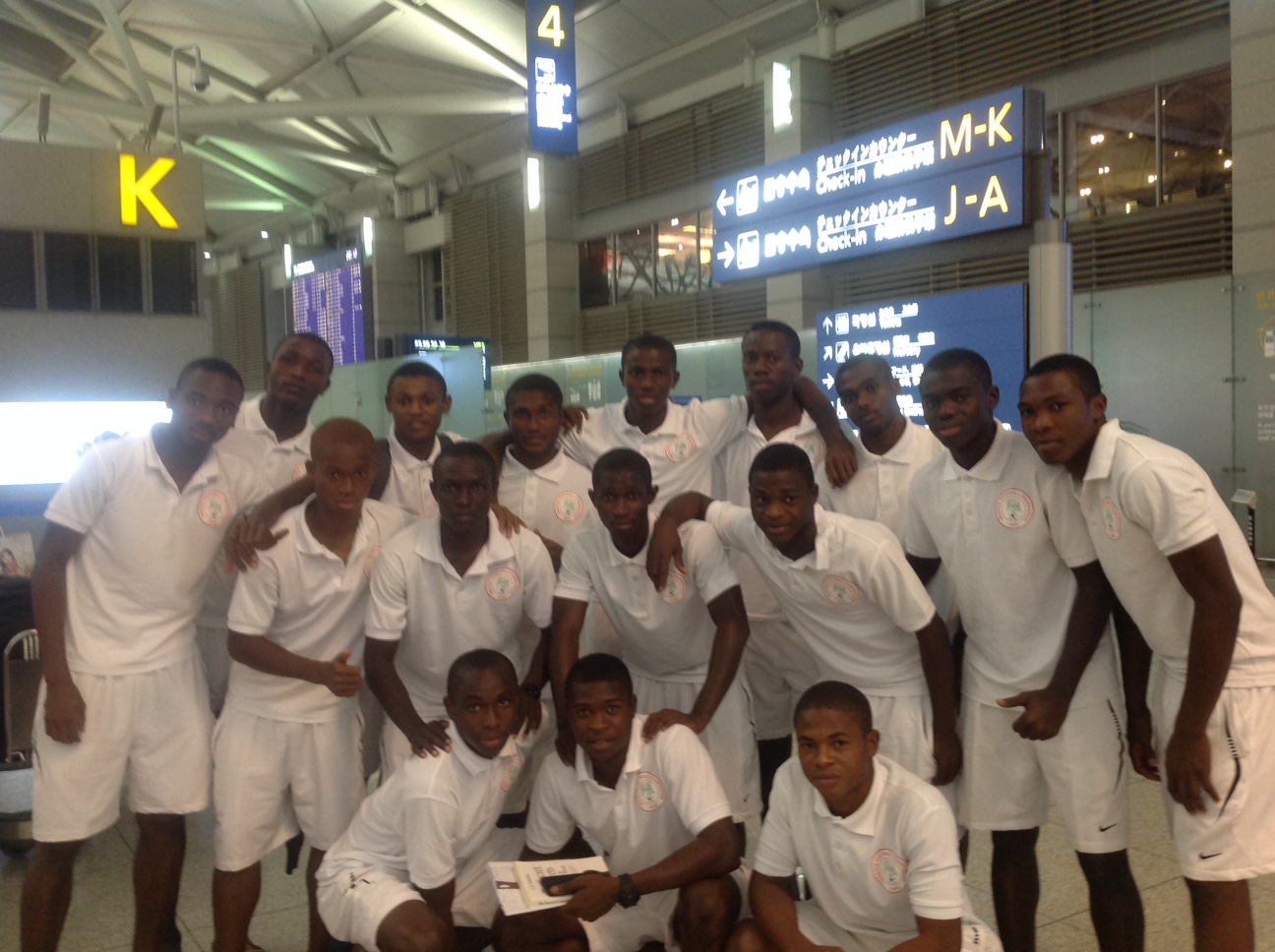 Amuneke: Only the best players for Chile 2015

Thursday, September 17th is exactly one month away from Nigeria’s opening Group A match against the USA at the FIFA U-17 World Cup Chile 2015, and as the defending champions, much is being expected from the Golden Eaglets, presently under the watch of Coach Emmanuel Amuneke.

Speaking against the background of the team’s performance at the recent Suwon International Youth (U-17) Tournament in Korea Republic, the former African Footballer of the Year told thenff.com that
only the best players would be selected to represent the country in Chile. Excerpts…

Thenff.com: It is exactly a month to  Nigeria’s first match at the FIFA U-17 World Cup in Chile, against USA. What is the state of your team, Golden Eaglets? 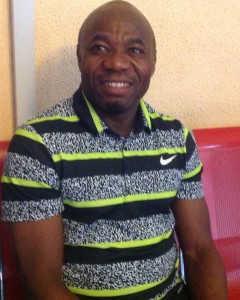 Amuneke: The state of our team is that we are still preparing. We are glad that we were part of the Intercontinental competition in Suwon, Korea because it gave us the opportunity to access the players  individually and collectively, as a team. So, we are working towards the World Cup in Chile and we
are hopeful that we would be able to give a good account of ourselves when we get to Chile. In football, you can say that everything has been done at this stage; it is a continuous process even when we get
to the World Cup because you still have to prepare the team in order to face the challenges of the matches to be played.

Thenff.com: The Eaglets came third at the intercontinental tournament in Suwon. Were you satisfied with the performance of the team generally?

Amuneke: We were not bothered about the final position of the team at the tournament in Suwon; rather, we were concerned with the response of the players based on what we are demanding from them in terms of their individual and collective behaviors when we have the ball and when we don’t have the ball. I’m happy for the players because they gave a very good account of themselves and that gives us hope that we will do our best at the World Cup. However, we are not getting carried away about anything yet. We are still working on our lapses and when we go to our training camp in Argentina, we will intensify our preparation so that when October 17th comes, we would be ready to play and give
our best against USA. 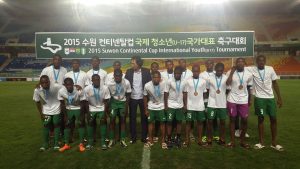 Thenff.com: Who were the players that impressed you most in Korea?

Amuneke: I don’t think at this moment or at this category, we should be talking about individual players, and I have tried to channel my thoughts on looking at the team collectively rather than as individuals. I want all the players to feel important and there is no reason to be picking one player or the other for special praise. Of course, we have added some new boys into the team and we are happy they have shown to us that they can play. We just have to remain focused and it is our prayers that they would also be able to give a good account of themselves at the World Cup.

Thenff.com: Very soon, you would have to pick the 21 players for the World Cup; do you have them in your head already?

Amuneke: (Laughter)….No. I don’t have anybody in my head. Selecting the best 21 players is not as easy as that. We, I mean the technical crew, have to sit down and evaluate the performance of the players; and pick the ones that would be very useful to us. We still have days to the World Cup but we would evaluate the players so that at the end of the day, we would take only those who can do the business for us in Chile. Only the best players would be taken to Chile because I want all the
players to be able to play when occasion demands. We want all the players to have high sense of responsibility because you can’t predict what would happen; so all of them must be ready to play at any point in time. That is why we involve everybody when we are training in order for everybody to be on the same page. When the time comes, we will pick those that would make us proud.

Thenff.com: Nigeria is the defending champion of the FIFA U-17 World Cup trophy. Are you under any pressure going to Chile?

Amuneke: I’m not under any pressure but I have the sense of direction that we are the defending champions at this level.  I don’t want us to dwell so much on that. We keep working quietly and hard; when the time comes, we shall be ready. We must psyche ourselves that we can do it, but I’m not under any pressure. I think I’ve always been used to pressure, previously as a player and now as a coach. I believe in hard work and I don’t think hard work disappoints anyone. 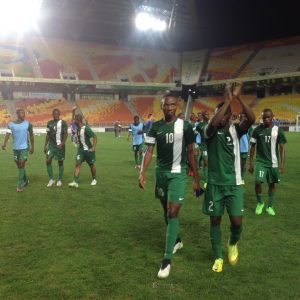 Thenff.com: You played against Korea, Brazil and Croatia at the tournament in Suwon. Can you confidently say your team would be able to cope well at the World Cup?

Amuneke: Yes, we are going to cope very well and that is why we are the defending champions. No team would be a push-over at the World Cup and it was great we went to Suwon because our boys can now see a clear picture of what to expect in Chile. All the 24 teams going to Chile have one objective: To win the World Cup. That means we must be on top of our game if we want to win. We would be ready for the World Cup, that I can assure you.