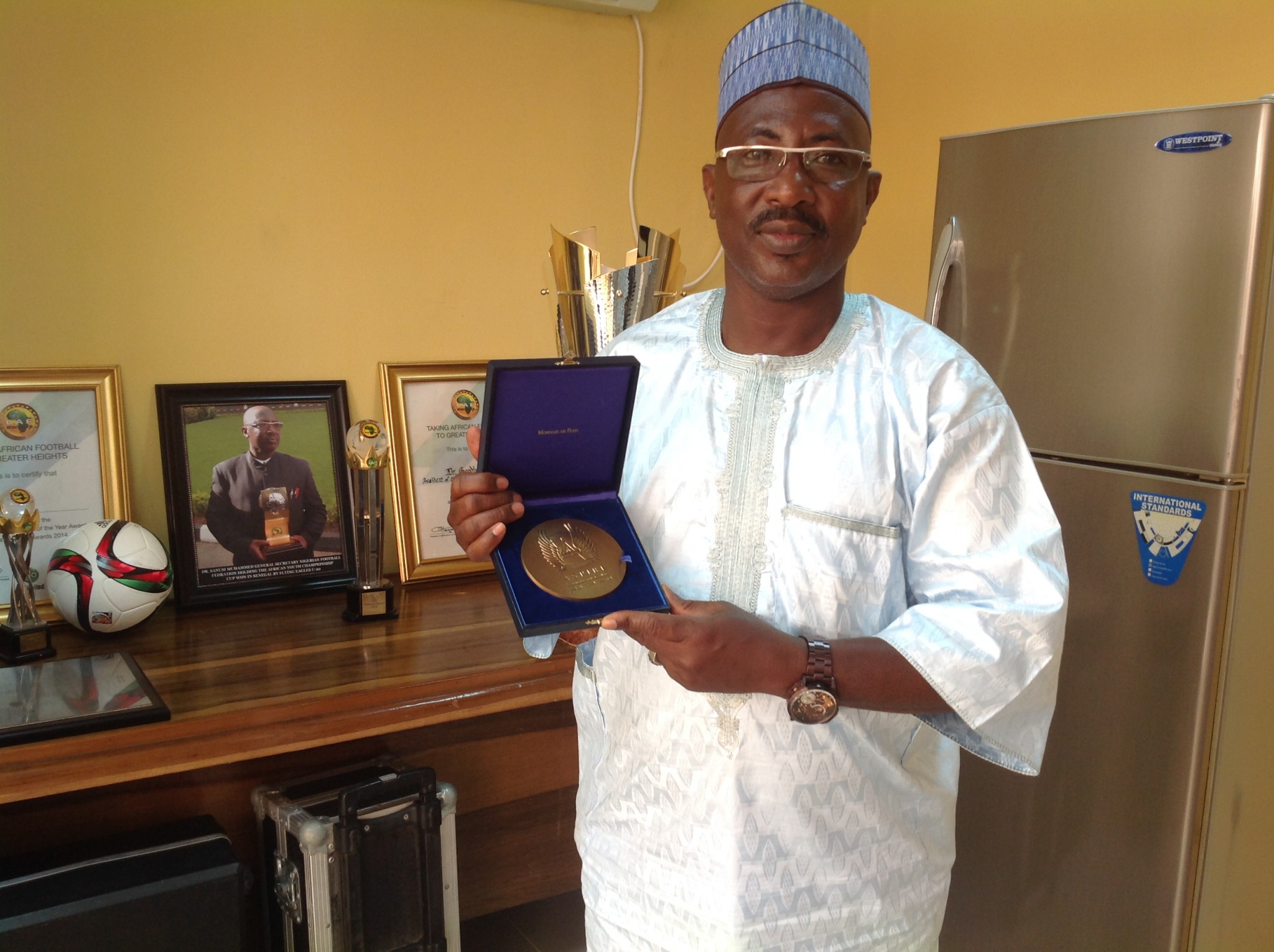 Posted By: The NFFon: September 16, 2015In: EventsNo Comments
Print Email

Aspire Academy for Sports Excellence has heaped plaudits on the Nigeria Football Federation for its strong backing for the activities of its Nigeria arm, which has been running for the past eight years.

At a press conference in Lagos on Tuesday to herald the 9th Top 50 finals scheduled for Thursday also in Lagos, Director of the Aspire Football Dreams Nigeria, Colonel Sam Ahmedu (rtd) and other top officials of the world –renowned academy from across the globe, stated clearly that they woud not have been able to make the giant strides without the NFF’s support.

Ahmedu said: “The Nigeria Football Federation (NFF) has remained our backbone with the support they have continued to give to this project every year. We value their support and backing all the time.”

Aspire Football Dreams Nigeria is the country arm of Aspire Academy for Sports Excellence, based in Doha, Qatar. The academy with its magnificent sport and medical facilities has been of immense value to Nigeria football, with the U-17 and U-20 National Teams having previously camped at the academy before, most notably the U-17 National Team that won the FIFA U-17 World Cup in the United Arab Emirates in 2013.

With 800 playing fields all over the world (80 of them in Nigeria), over 6,000 volunteers and over 3 million players screened, Aspire Academy remains the leading youth development program in the universe. Its mission to aid the development of football amongst the youth of developing countries of the world has seen more than 30 Nigerian young men horn their skills in Doha since the country joined the program in 2007.

Three successful players from among the Top 50 selected from the preliminaries held across the country will enjoy Aspire Academy’s special facilities and grooming regime for the next five years.

Aspire Academy then presented a special gold medal to the NFF for its support of its programs.