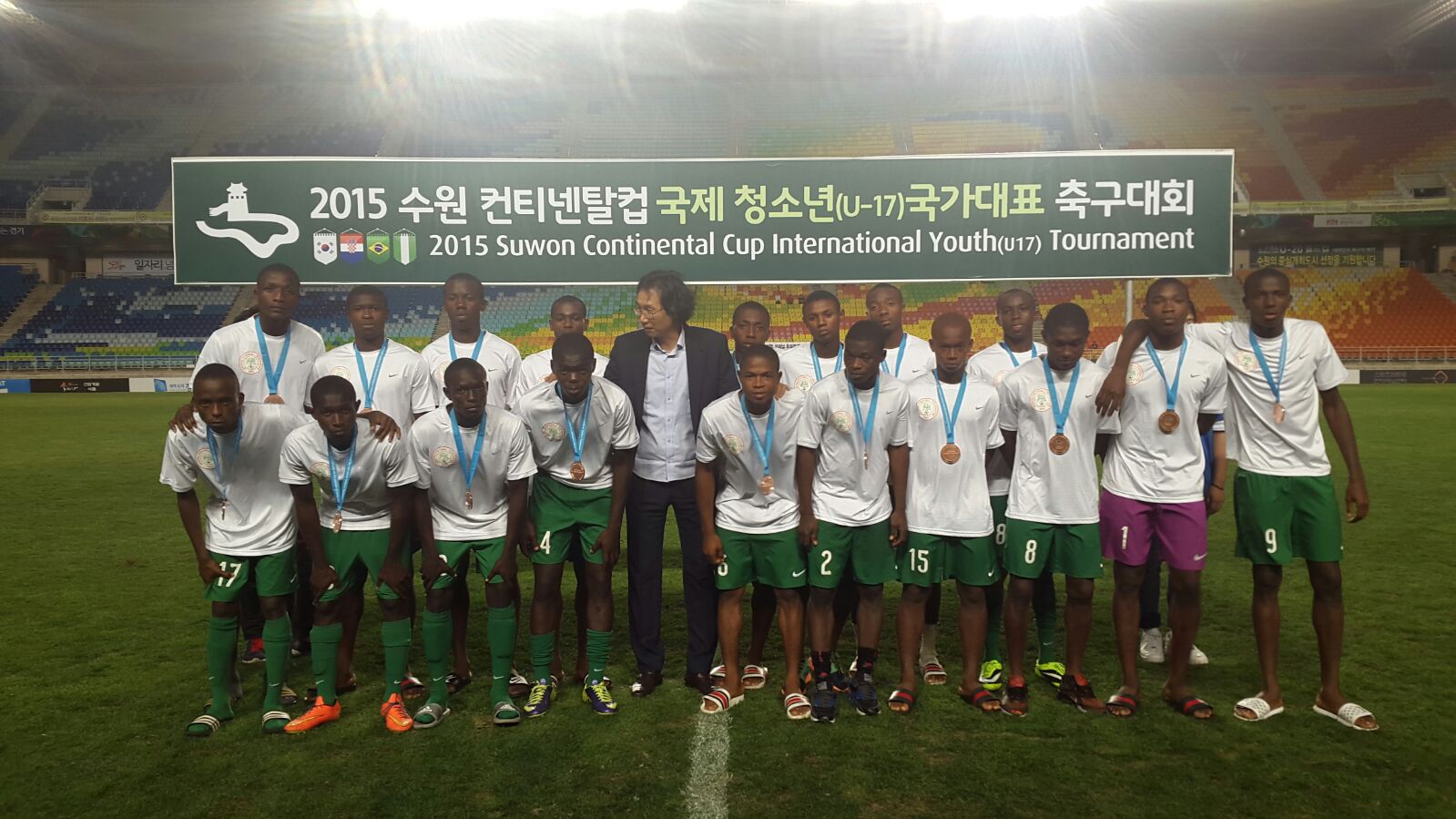 Nigeria’s U-17 side, Golden Eaglets  on Sunday narrowly lost 3-2 to Croatia  and finished in third place at the 2015 Suwon Continental Cup International Youth (U-17) Football Tournament in Korea.

The Emmanuel Amuneke-led Eaglets came close  to winning the tournament after topping the four-nation invitational tournament following a 1-1 draw against Korea and  a 2-1  win against Brazil previously, but they were halted in their stride in an ill-tempered match that saw the Croats being booked four times  and Nigeria once. Croatia went into in front with a well taken free-kick by Josip Brekalo outside the Nigerian box and they held on tenaciously to the lead throughout the first half with their gutsy style.

Amuneke brought in Funsho Bamgboye for Gavi Thompson on resumption of the second half and minutes later pulled out captain Kelechi Nwakali for David Enogela all in the bid to stabilize the midfield. The Golden Eaglets soon seized the initiatives and mounted pressure against the Croats who collapsed and conceded an own goal following a goalmouth melee in the 61st minute.

In the 78th minute, Victor Osimhen put the Golden Eaglets in front and were they actually cruising until  the 82nd minute when the referee penalized Ejike Ikwu for tripping Brekalo who converted  the resultant penalty kick. That broke the resolve  of the Nigerians and few minutes later, Davor Lovren scored the winner when he drove the ball in off a pull-out to end the match in a dramatic 3-2 win for the  Europeans. “We would have loved to win here but  it was unfortunate it ended this way,” Amuneke said afterwards. 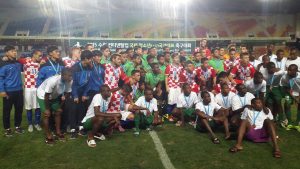 Group photo of all teams that participated at the Suwon Tournament

“The most important thing for us is that we have been able to expose the players to the kind of competition that is expected at the World Cup and it was good the NFF organized this competition for us. “We would go back home and continue our preparations towards the World Cup in Chile but I  must praise the boys for playing  with their hearts in the  three matches we played here,” he noted.

Meanwhile, Brazil who lost 2-1 to the Eaglets on Wednesday were crowned champions after they beat host Korea 2-0 on Sunday and earlier 2-1 win against Croatia to finish top with six points. Croatia came
second with  four points with superior goal difference over Nigeria while host, South Korea came fourth  after  drawing 1-1 and 2-2 with Nigeria and Croatia.