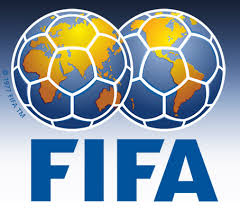 Posted By: The NFFon: September 17, 2015In: EventsNo Comments
Print Email

One –time Secretary General of then Nigeria Football Association, Honourable Sani Ahmed Toro has given thumbs up to the Executive Committee of Nigeria Football Federation for the conditions it has rolled out for those Nigerians who have pronounced their aspiration to vie for the Presidency of world football –governing body, FIFA.

The highly –experienced administrator insisted on Thursday that the conditions listed by the NFF Executive Committee at its meeting of September 7 in Port Harcourt were very much in order.

“I want to commend the NFF for the conditions the body has rolled out. They have done very well. Just as they said, we cannot allow people to go out to the international sphere to ridicule Nigeria.

“Look, vying for the Presidency of FIFA is a very serious business with strong political waters to navigate. It is not a picnic. How many votes does Africa as a whole have? Fifty–four, out of the 209 votes. And which of the Nigerian aspirants will be hoping to get block African vote? Let us stop deceiving ourselves.”

Toro, a former Member of the House of Representatives, was Secretary General of then Nigeria Football Federation between 1993 and 1999, commonly referred to as the Golden Era of Nigeria Football. During Toro’s tenure, Nigeria won the Africa Cup of Nations for the first time on away ground, qualified for the FIFA World Cup for the very first time, reached the Round of 16 at the FIFA World Cup in 1994 and 1998 and won Africa’s first –ever Olympic football gold in Atlanta in 1996.

“There is the tendency for some of those voicing their support for either of the Nigerian aspirants to accuse some of us of lack of patriotism. They are no more patriotic than those of us telling the truth. I do not want our dear country to be ridiculed. Those who say they are aspiring for that office have their own motives.

“I believe the Presidency is watching and will not allow other nations to laugh at Nigeria. None of those grandstanding now have any chance of success in the FIFA Presidential election. They cannot even cross the eligibility line.”

Toro advised that the Amaju Pinnick -led NFF should continue to educate Nigerians on the issue and should not relax the conditions it has listed.

At its meeting of September 7 in Port Harcourt, the NFF Executive Committee had listed the following conditions for Nigerians aspiring for Presidency of FIFA to meet before it can consider giving its endorsement: