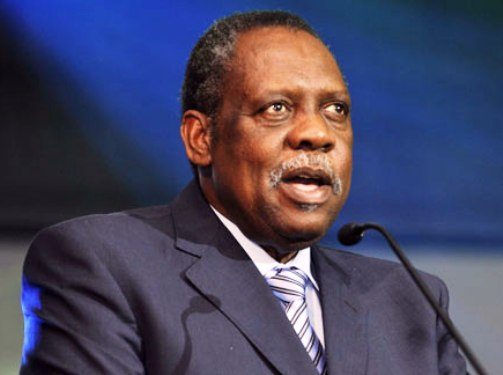 Posted By: The NFFon: September 22, 2015In: EventsNo Comments
Print Email

President of the Confederation of African Football, Alhaji (Dr) Issa Hayatou has emphasized that Nigeria is a very important nation in African, nay world football, and would always play an influential role at every turn.

At a private meeting with NFF President Amaju Pinnick in Yaounde, Cameroon on Monday, the continent’s football supremo lauded the measures that the present NFF has been taking to rebuild Nigeria football and restore the nation’s glory in the international game.

Pinnick briefed the CAF boss on the various developmental programs of the Nigeria Football Federation, which Hayatou said he was very much aware of.

Africa’s number one football administrator, who is world –governing body, FIFA’s only Senior Vice President, spoke at length on the unity in CAF – which insinuates that CAF would only support a candidate which has Africa’s interests at heart, for the forthcoming FIFA presidential elections.

The NFF boss then thanked the CAF President and assured him of Nigeria’s steadfastness in support of CAF’s programs.

“As a responsible affiliate body, the NFF will continue to follow CAF’s lead in global football politics and policies. We have a lot of developmental programs that we are about to unveil, and we will always require CAF’s support,” said Pinnick.

It will be recalled that while setting its conditions for Nigerians aspiring for the highest office in world football, the NFF had made it clear that it would be willing to facilitate meetings with CAF’s top hierarchy for the aspirants. This also formed part of discussions between the CAF President and NFF boss Pinnick on Monday.