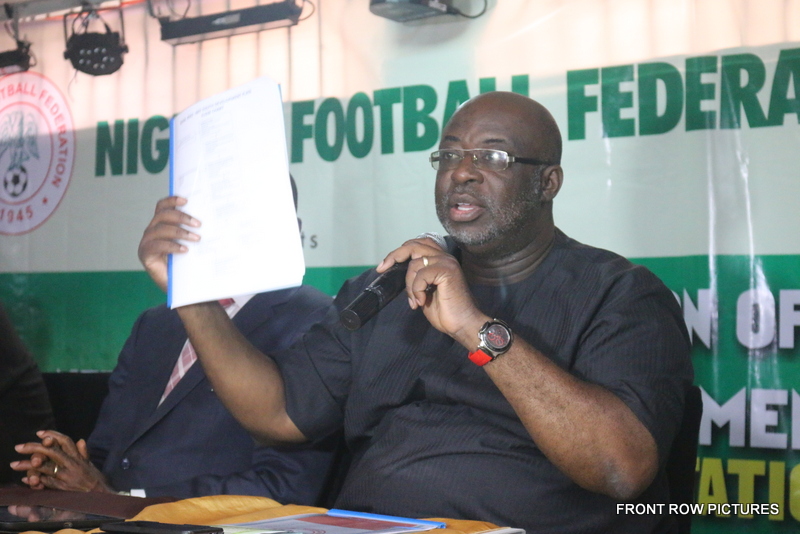 At a very impressive ceremony in Victoria Island, Lagos, NFF 1st Vice President, Barr. Seyi Akinwunmi, who is also Chairman of the NFF Youth Football Development Committee, made a public presentation of an ambitious plan that is targeted at steering Nigeria to glory at the 2022 FIFA World Cup finals. 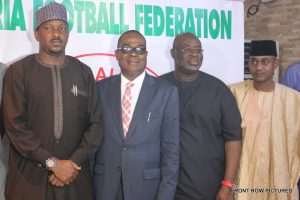 Planked on prioritizing the welfare of youth footballers, partnering with schools to identify genuine talents and nurture them, setting code of conduct for coaches, players and officials involved in the program, the plan also will involve issuing guidelines for operations of football academies, an identification scheme that will eradicate age cheating through monitoring, and creating and widening football platform to continuously identify talented players from age grade League and school competitions.

Director General of the Lagos State Sports Commission, Mr. Ayo Agbesanwa hailed the plan, saying that the Lagos State Government will key into the vision as it tallies with the administration’s objective of getting the youth off the streets and productively engaged. He called the plan a worthy ‘succession plan.’ 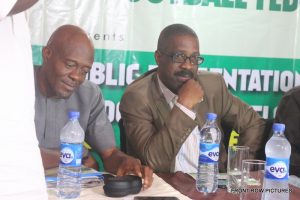 Chief economist of Zenith Bank PLC, Mr. Marcel Okeke, who represented the Managing Director/Chief Executive Officer, Mr. Peter Amangbo, said the plan is in sync with the bank’s youth empowerment program, and that his organization will give its full support to NFF’s programs because it is enamoured by the Board’s demonstrated virtues of transparency, accountability, integrity and professionalism. He called the plan “a new vista in football development.” 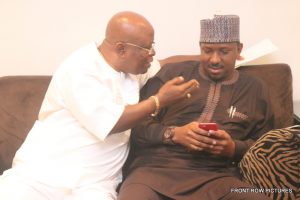