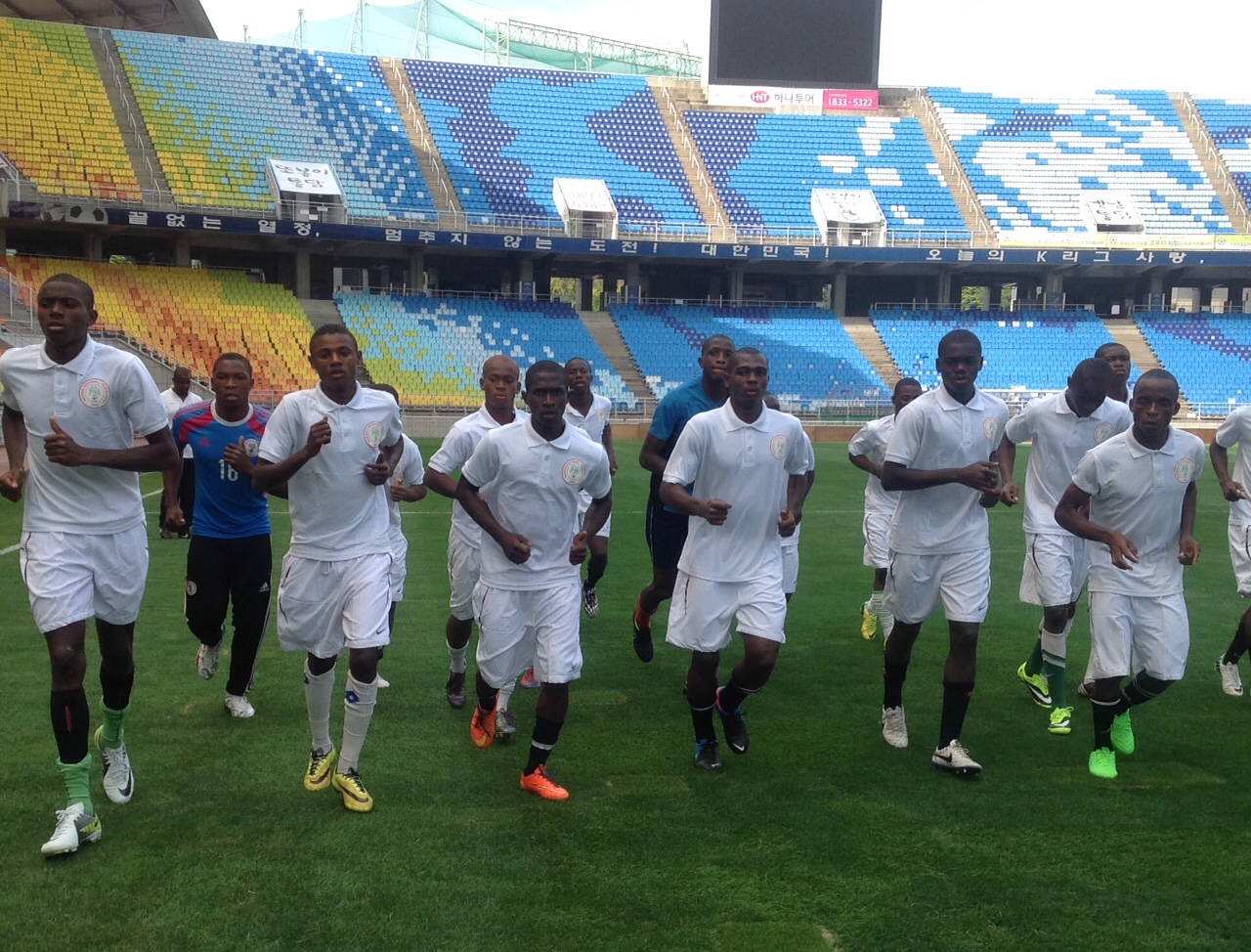 Osimhen to lead Eaglets against Korea

In the absence of Kelechi Nwakali, Golden Eaglets would be led out against Korea by striker Victor Osimhen for their first match at the 2015 Suwon Continental Cup International Youth (U-17) Football Tournament.

Eaglets’ leader Nwakali is being expected in Suwon after he was held back in Nigeria due to visa hitch along with Team Coordinator, Prince Udofia but Osimhen would undoubtedly be a worthy replacement. Incidentally, Osimhen is presently the team’s top scorer with some 30 goals in both friendly and international matches. Osimhen actually enjoyed the responsibility of captaining the Golden Eaglets a fortnight ago when the coach Emmanuel Amuneke-led side beat Katsina State’s U-17 Selected Team 2-0 at the Karkanda Stadium where he scored the opening goal before Funso Bamgboye added the other.

Coach Emmanuel Amuneke said it was about time his star striker assumed more responsibility: “We know what Victor can do and it would also be interesting to see how he can rally his colleagues in big game such as the one we are going to play against Korea on Wednesday.” 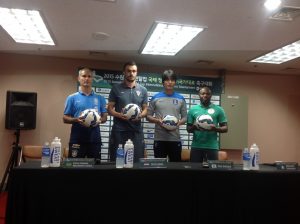 Amuneke (right) with other Head Coaches at the Suwon Youth Tournament

The Golden Eaglets on Tuesday morning trained at one of the practice pitches of the Gyeonggi 2002 World Cup Stadium and in the evening at the Suwon World Cup Stadium where Wednesday’s match against Korea would be played. The match is fixed for 8:00 pm local time (12:00 noon Nigerian time).

All the 17 players took part in the two training sessions and with all of them roaring to go against Korea. Organizers said the tournament would strictly follow FIFA’s stipulated regulations with all matches
to be decided in 90 minutes regulation time without extra time. The team with the most points after three round-robin matches would emerge champions. The tournament takes place September 2-6. 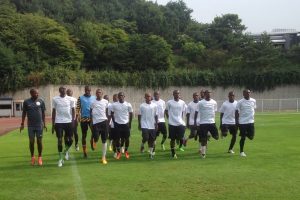 Eaglets train ahead of Wednesday’s match

Meanwhile, Coach Amuneke has again reiterated that tournament would be a good test for the Golden Eaglets ahead of the FIFA U-17 World Cup in Chile. Speaking at the tournament’s opening media conference at the Suwon World Cup Stadium along with his counterparts from Korea, Croatia and Brazil, Amuneke admitted all the contenders have to be respected because of their strong pedigree.
“It is a privilege to be here and we hope this is going to be an interesting tournament to prepare us for the challenge in Chile,” began the former African Footballer of the Year.” We are not being carried away as the defending champions because this is a new team and we have some new players that need to be exposed to the challenge of playing at the World Cup.”
Amuneke said there was nothing wrong playing in Suwon against Croatia who are Golden Eaglets’ group phase rivals in Chile, adding there is little or nothing to hide. He explained: “In this modern age, there is little you can hide about your team but what is important is how the players adapt and comport
themselves in every game.

“The four teams at the tournament in Suwon are very good teams and we have to respect every one of them, “Amuneke further said. “ It is important for the boys to be exposed to these sorts of matches since
it would be a good preparation for us going to Chile.”