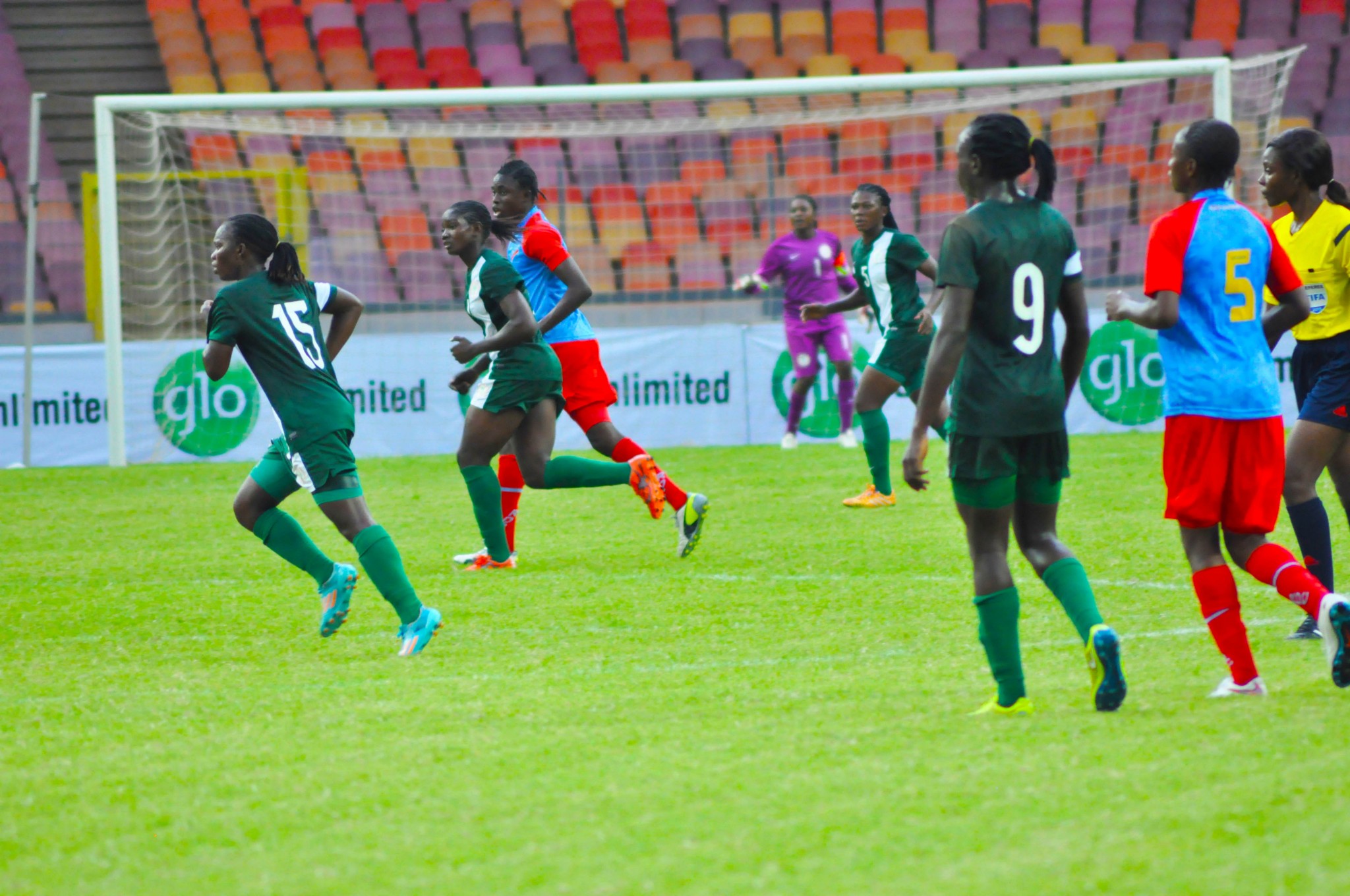 Posted By: The NFFon: October 22, 2015In: FalconetsNo Comments
Print Email

The delegation of U-20 Women National Team of South Africa, Basetsana, landed in the Federal Capital Territory, Abuja on Thursday, ahead of Saturday’s 2016 FIFA U-20 Women’s World Cup qualifier against the Falconets of Nigeria.

Also on Thursday, Falconets’ Head Coach, Peter Dedevbo said that the reigning world vice champions are ready to make Nigeria proud on Saturday, as they target a handsome win that will make the return leg in Johannesburg a comfortable session.

The match, which is the first leg of the African final qualifying round, will start at 3pm at the National Stadium, Abuja on Saturday.

Falconets, who emerged runners-up at the last FIFA U-20 Women’s World Cup in Canada in 2014, whipped Liberia 14-1 on aggregate in the first round, before routing Democratic Republic of Congo 4-1 in the last round.

The Basetsana were held 0-0 in Zambia but edged the hard –fighting Zambians 3-2 at the Makhulong Stadium in Tembisa in the return leg.

Ghana’s Black Princesses will clash with Ethiopia’s U-20 girls in Addis Ababa on Sunday in the other fixture, with the two winners from both fixtures qualifying for the 2016 FIFA U-20 Women’s World Cup in Papua New Guinea.

Nigeria’s Falconets have played in every edition of the FIFA U-20 Women’s World Cup since it was launched in Canada in 2002.