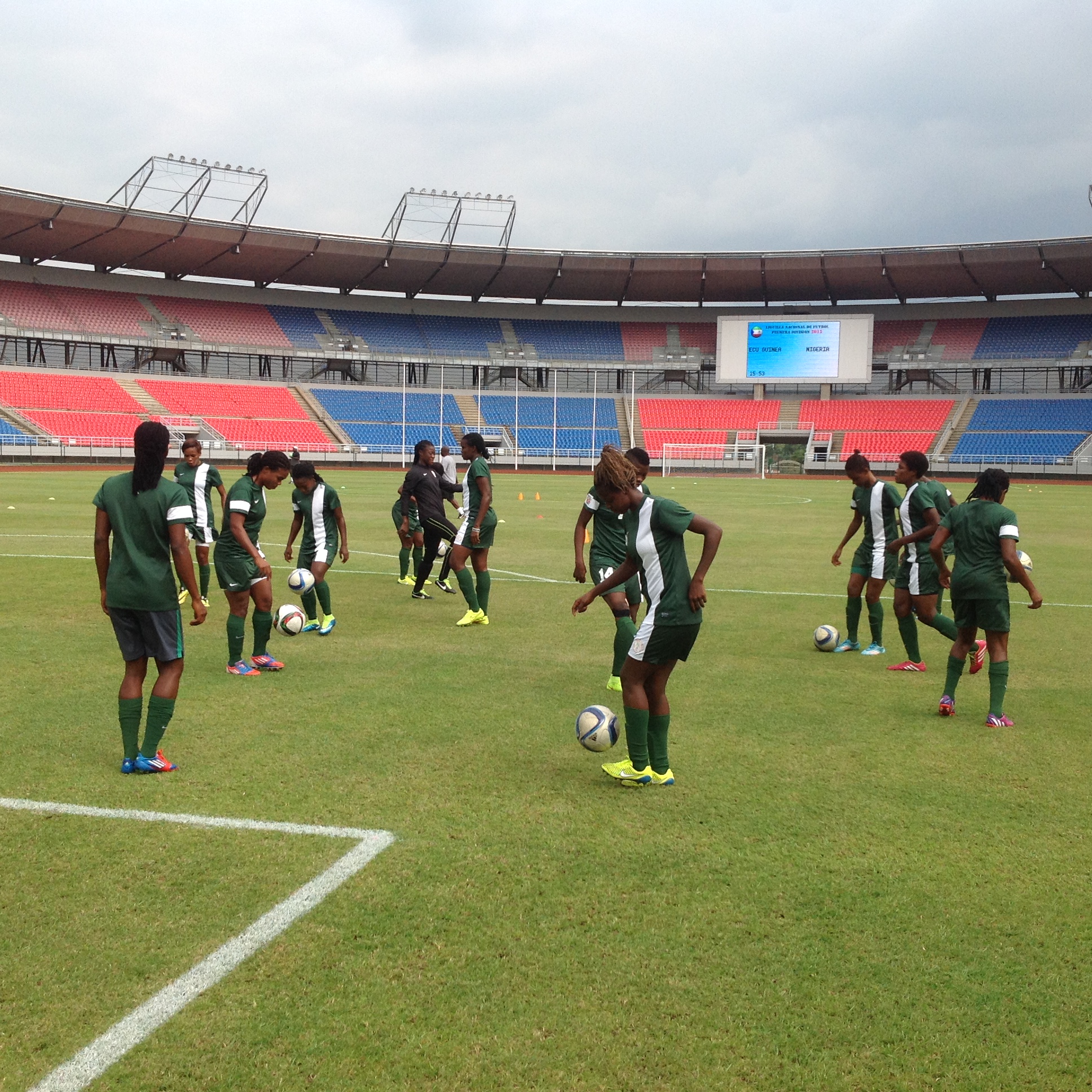 Still at training session in Bata

Posted By: The NFFon: October 07, 2015In: FalconetsNo Comments
Print Email

Head Coach of the U-20 Women National Team, Peter Dedevbo, insisted on Wednesday that his Falconets will not under –rate their counterparts from the Democratic Republic of Congo inSaturday’s 2016 FIFA U-20 Women’s World Cup qualifier in Abuja.

The Falconets, who have played at every edition of the FIFA tournament since it was launched in Canada in 2002, won the first leg played in Kinshasa 2-1 and looks destined for the final round of the African series.

The Nigeria U-20 is also the reigning world vice champion.

Yet, Dedevbo will not allow his girls to think the fixture is over and that all they need do to reach the final round (where either of South Africa and Zambia awaits) is turn up at the National Stadium, Abuja on Saturday.

“I have a philosophy, which is to respect every team and not to fear any, and also that it is never over until it is over. We have won the first leg 2-1; there is still a second leg to play to determine the winner on aggregate.

“We have 90 precious minutes to go in this fixture. There will be no heaving of any sigh of relief until after the final whistle on Saturday. We will approach the match as if we lost the first leg.”

Early goals by Chinaza Uchendu and Chinwendu Ihezuo gave the Falconets a 2-1 win in Kinshasa, and the Congolese believe there is still much to play for at the National Stadium on Saturday.

The DR Congo delegation will fly into Abuja aboard an Ethiopian Airline flight on Thursdayafternoon and will be accommodated at the Chida Hotel.