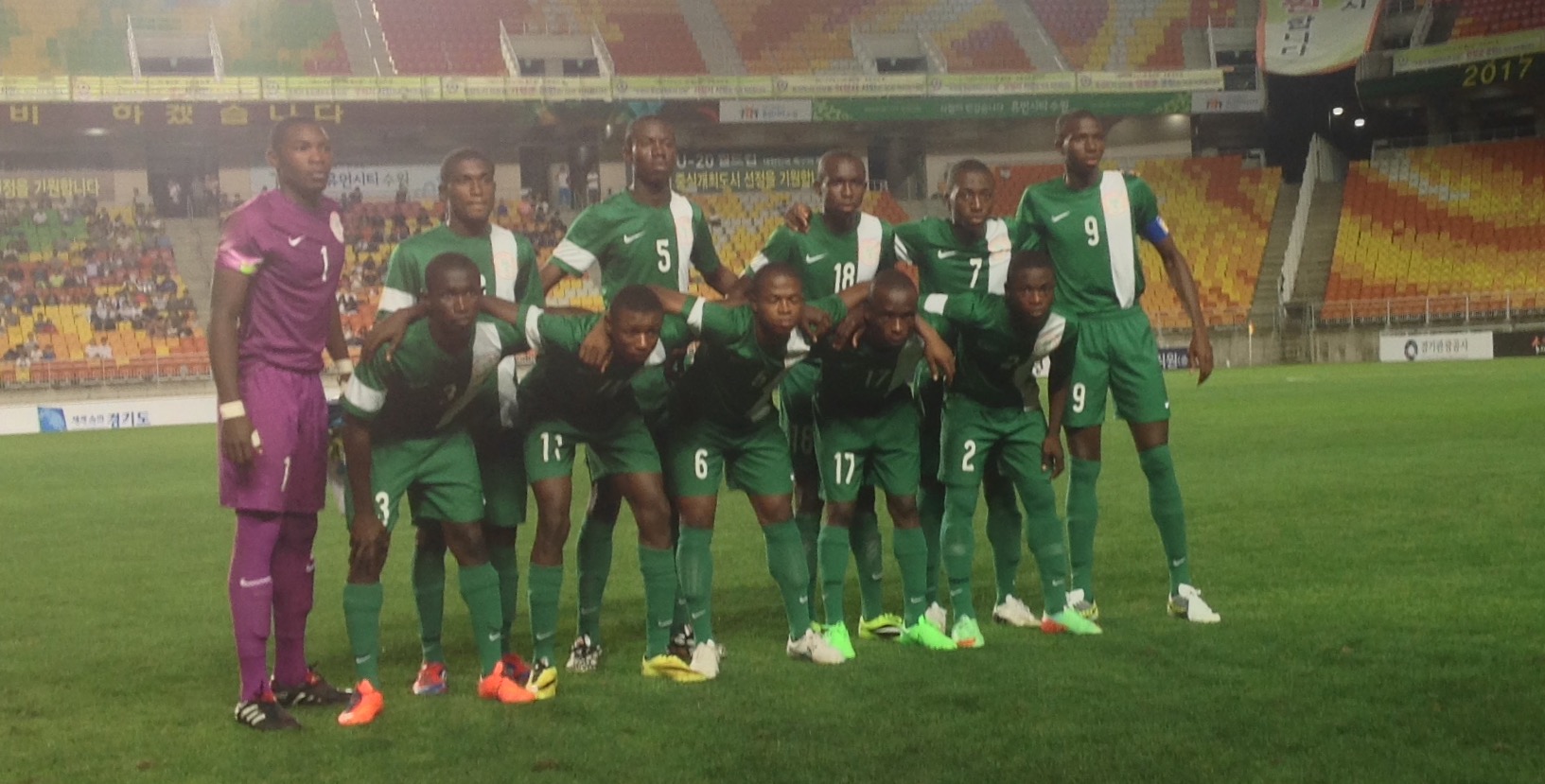 Nigeria’s U-17 team, Golden Eaglets would play their second and last warm up match  before heading to  Santiago  for the 16th edition of the FIFA U-17 World Cup against the U-20 side of Argentine top
side, Racing Club de Avellaneda on Monday  at the club’s central training pitch at Tita Mattiussi located in Greater Buenos Aires.

The match  which  organizers  said would kick off at 10am Argentine time (exactly 1:00pm Nigerian time), is another opportunity for the coach Emmanuel Amuneke-led Eaglets to test their readiness to defend the trophy won by Nigeria for a record fourth time two years ago in the UAE. The Golden Eaglets last Wednesday beat their Argentinean counterparts 2-1 at the AFA Training Centre.

Meanwhile, Amuneke has yet reiterated that the best players have been picked to represent Nigeria at FIFA U-17 World Cup which kicks off this weekend with the Golden Eaglets playing their first match against the USA on October 17 at Estadio Nacional Julio Martínez Prádanos in Santiago.

“We started this journey in 2014 and I have seen a lot of players come and go; both the good and not so good but many of them  are not with us today,” Amuneke told thenff.com. “Of course, we would have loved to see some of them (in Chile) particularly those that started the struggle with us and secured the
ticket that qualified us for Niger; and some others who were with us in Niger but unfortunately, they are not here.

“The list has been long in coming from 60 to 40 to 35 to 25 and eventually we have only 21 going to the World Cup with us. Frankly, we have done a good job because we have been fair to everyone in the
process but of course, we cannot please everybody,” he noted.

The full interview with Coach Amuneke will be published on thenff.com within the week. Watch out.