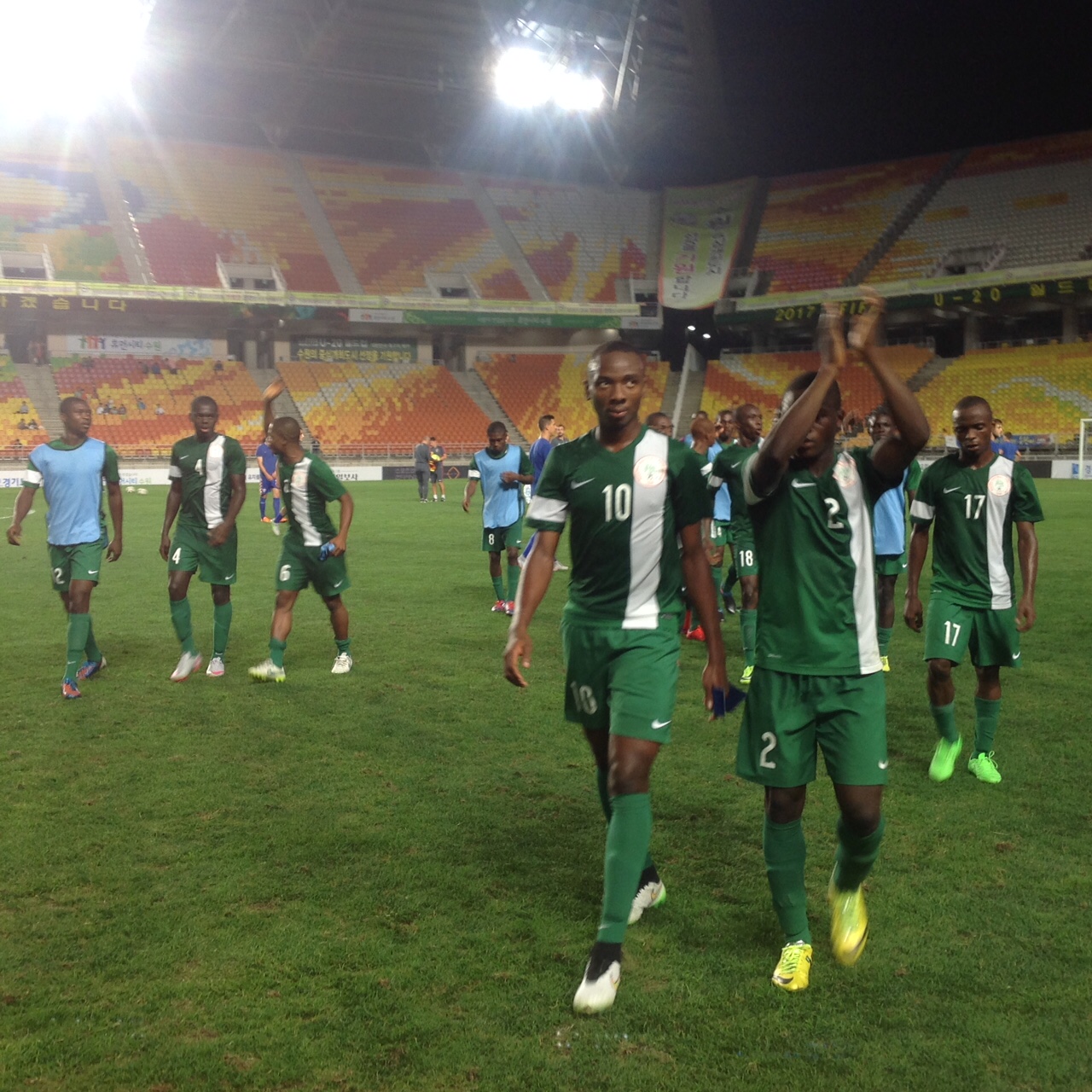 Posted By: The NFFon: October 08, 2015In: Golden EagletsNo Comments
Print Email
Nigeria’s U-17 side,Golden Eaglets on Wednesday secured a morale boosting 2-1 win over  their Argentinean counterparts in a Pre-World Cup friendly at  the Argentina Football Association(AFA)Centre in  Buenos Aires.
Victor Osimhen and Funso Bamgboye scored a goal in either half  for the Golden Eaglets much to the delight of  few Nigerian fans including. Deputy Head of Nigeria’s Mission in Argentina, Mr. Adelanwa Tiwalade.
Home side kicked off and took the initiative with their crisp-short passes but failed to trouble Amos Benjamin in goal for the Golden Eaglets.
But in the 21st minute, Bamgboye broke free from the right flank and flicked the ball to Osimhen who exchanged one-on-one pass with Chinedu Madueke; before striking into the far corner for the curtain raiser.
Bamgboye  increased the lead five minutes into the second half when he struck from the edge of the box after a goal mouth meele off a corner kick by captain Kelechi Nwakali.
Minutes later, the Argentines capitalized on Eaglets’ defensive error to reduce the tally by lobbying the ball over substitute goalkeeper Udoh Akpan.
Thereafter,it was a ding-dong affairs as both sides defended stoutly in their numbers to the very end.
” Though I’m a layman in terms of football but I was very impressed with our boys because of their discipline  and determination throughout the match,” said Adelanwa. “They did well and we pray they would even get better in their forthcoming matches.”