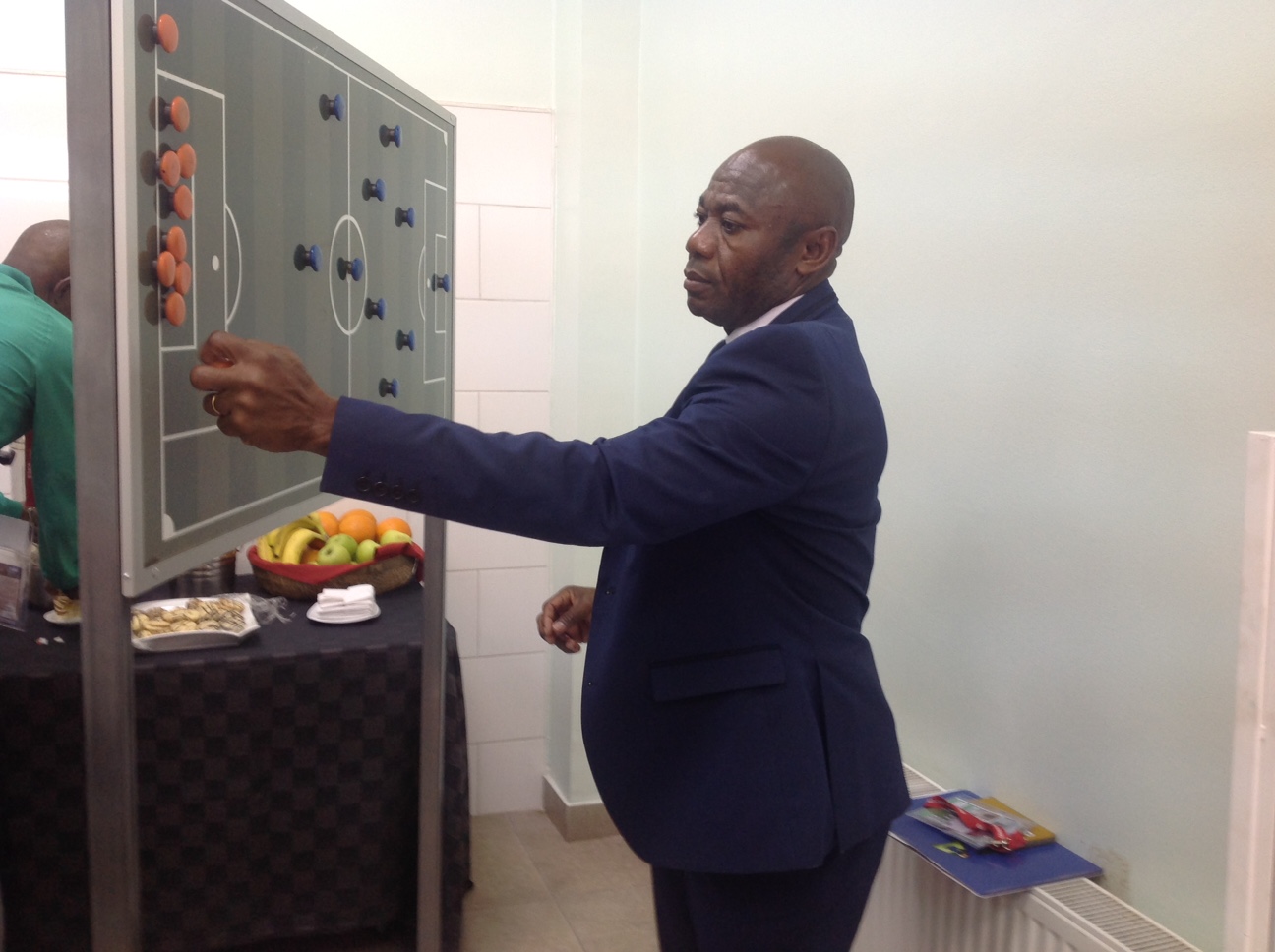 There won’t be any change in the Golden Eaglets’ goal keeping position on Sunday with confirmation that Akpan Udoh will start the Quarter-Final match against Brazil at FIFA U-17 World Cup Chile 2015.
Akpan has been in good form at Chile 2015 and has been between the sticks in all of the team’s previous four matches and he has seemingly been given the carte blanche against the Brazilians. ” Our preparation for Sunday match is going on steady,” German-trained Eaglets’ goalkeeper coach Emeka Amadi told thenff.com” Our objective is to win and everything is being to ensure that the players are ready.

Amadi, a junior international in his heyday when he helped the Flying Eagles to win Silver at the FIFA Under-20 World Cup Saudi 1989, said there was no need changing a winning team:” As far as I’m concerned, Akpan will remain in goal against Brazil because he has done well in our last four matches. ” I love his response to the challenges being posed to him by the twoother goalkeepers (Benjamin Amos and Chiaha Chisom) but he’s getting calmer and better now; it’s better we encourage him with more
responsibility because he has gained exposure and experience now,” Amadi maintained.

Meanwhile, FIFA has also confirmed that the match to be played at the Estadio Sausalito in Vina del Mar will kick off at 8:00pm Nigerian time(4:00pm local Chilean time) with both countries to wear their
traditional home colours. While the Golden Eaglets will don green jerseys, the junior Samba Boys will wear yellow with blue shorts. Officials for the match were picked from Slovenia and 35-year-old Matej Jug  who is a UEFA Category 1 referee, will oversee from the centre . He will  be assisted by compatriots Matej Zunic and GregorRojko while Swede Martin Strombergsson has been named as the fourth
official.
In a related development, Brazil will be without their No. 3 shirted-defender, Ronaldo due to disciplinary suspension after two yellow cards in two previous  matches. On the Nigerian side, only defender Ibe Tobechukwu would not be available for selection due to injury.