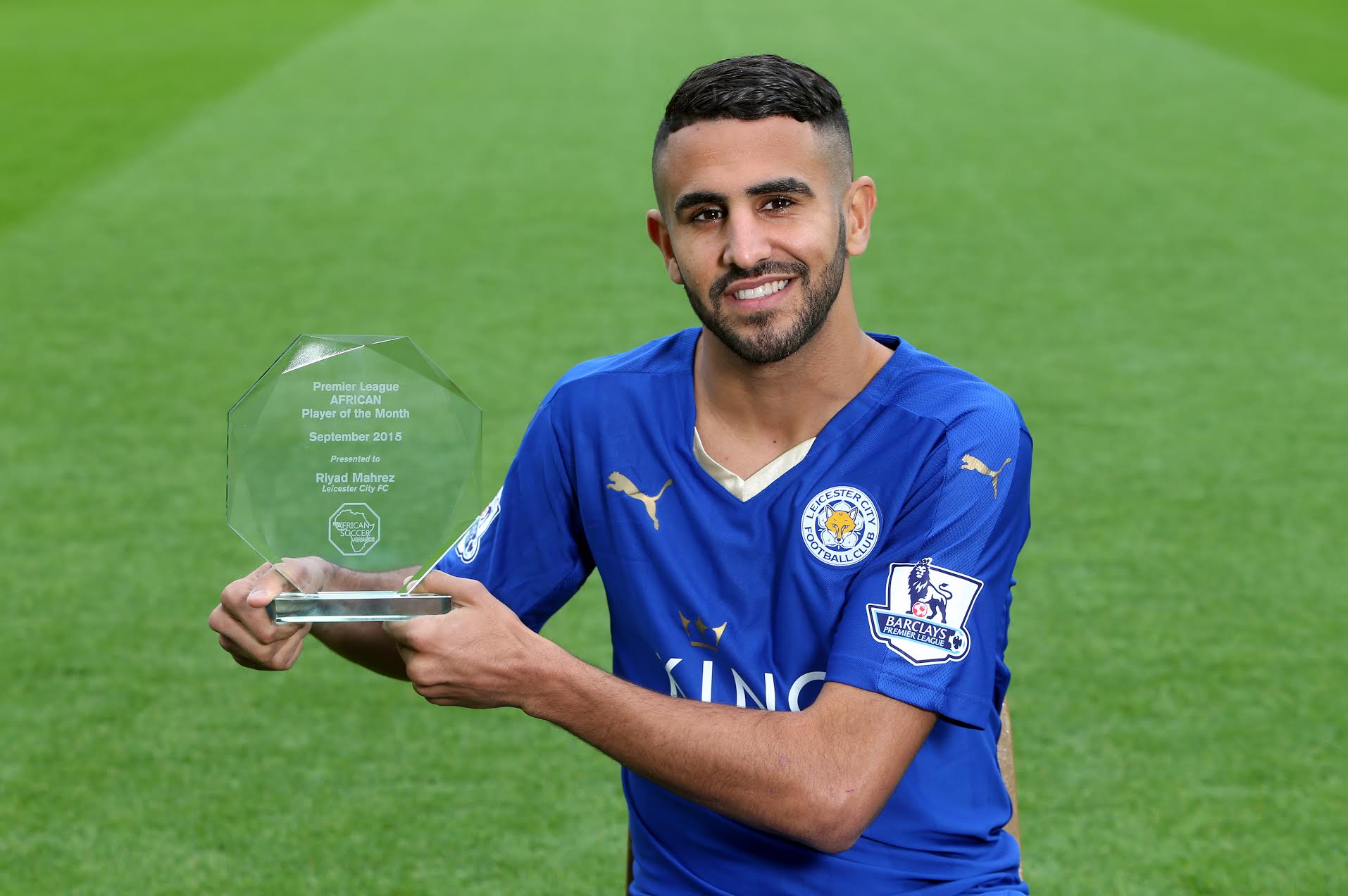 Posted By: The NFFon: October 25, 2015In: EventsNo Comments
Print Email

Leicester City’s Algerian midfielder Riyad Mahrez has received his award as September’s Premier League African Player of the Month and stated his delight at the award.

Mahrez is part of a high-riding Leicester City team that has only lost once in its opening nine games this season so far, and has found good scoring form, netting five times in the season so far.
Mahrez won the votes for the award ahead of West Ham’s Victor Moses, Watford’s Odion Ighalo and Stoke City’s Mame Biram Diouf.
Speaking on the award, Mahrez said, “Thank you to New African Soccer and everyone that voted for me to receive this award. September was another positive month for my team and I am pleased to have contributed to Leicester City’s successful start to the Barclays Premier League season”.