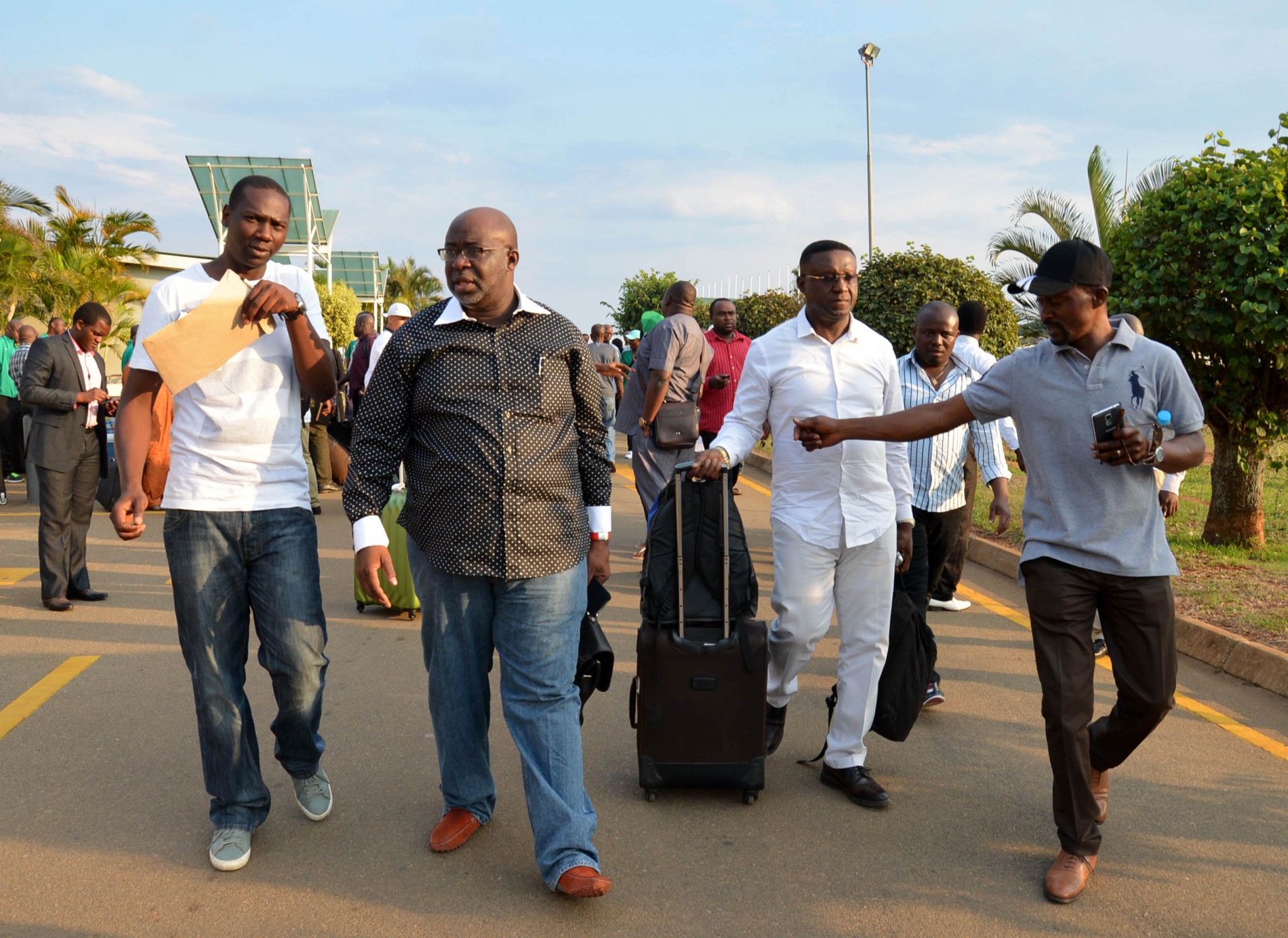 Leader of delegation and NFF 1st Vice President, Barr. Seyi Akinwunmi has hailed the fighting spirit and commitment of the Super Eagles despite the 0-0 draw with Sihlangu Somnikati in Lobamba on Friday.

The Eagles dominated for long periods but failed to underscore their superiority in possession with a goal, and both sides will start afresh at the Adokiye Amiesiamaka Stadium in Port Harcourt on Tuesday evening.

“There is a tendency to dismiss the performance on the basis of the scoreline. However, I am happy with the commitment shown by the players and their continued push all through.

“It was a highly technical and tactical game. The Sihlangu were definitely at home on their own turf and they sought to make things difficult for the Super Eagles on the counter,” Akinwunmi stated.

The leader of delegation also expressed confidence the Eagles would get the goals in Port Harcourt on Tuesday.

“With a little more luck, we could have won here in Lobamba. But the goals will certainly come in Port Harcourt.

“That fervour, dedication and elan that we have been looking to instil in the Super Eagles are back and I’m delighted.”

Chairman of the NFF Technical and Development Committee, Chief Felix Anyansi-Agwu, also praised the Eagles for commitment throughout the 90 minutes, as they never stopped searching for goals.

“I am happy, not for the result, but for the general output of the team and the fighting spirit. These things come one after the other. There was a time we were clamouring for the players to fight hard and show how much they love their country by their approach on the field. I believe that spirit is back.

“We would have won here, but nothing is lost. The return leg in Port Harcourt will give us the opportunity to underscore our superiority.”

The Super Eagles flew direct from Manzini, Swaziland to Port Harcourt overnight on Friday, and resumed training program for the return leg with a light walk –out on Saturday evening.