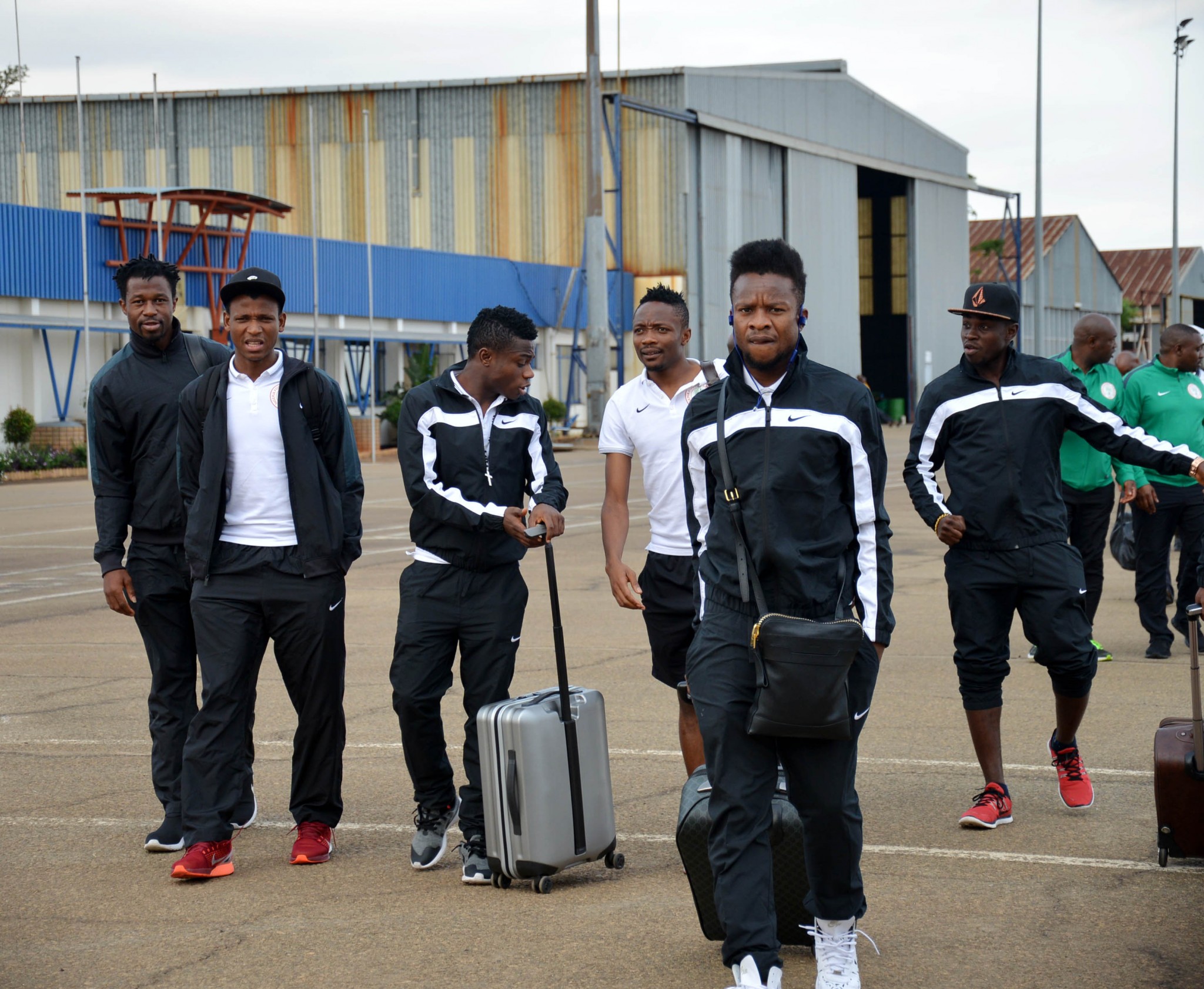 The Super Eagles of Nigeria have arrived in Swaziland ahead of Friday’s 2018 FIFA World Cup African Qualifying Round 2 clash with the Sihlangu Somnikati. 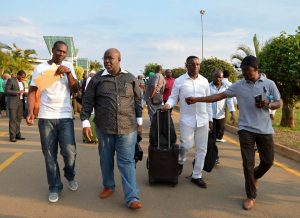 At the Matsapha International Airport, the group was received by about three dozen excited Nigerians based in Swaziland, who cheered lustily and sang various songs as players and officials walked into awaiting buses. They were clad in T-Shirts specially made for the occasion. 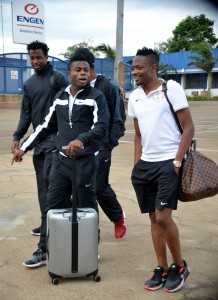 “We really appreciate this show of love from fellow Nigerians, who have left their businesses in various areas of Swaziland to come and welcome the National Team of Nigeria,” said leader of delegation, Barr. Seyi Akinwunmi.

Also at the airport were NFF Executive Committee member, Alhaji Ibrahim Musa Gusau and Assistant Director (Technical), Rafiu Yusuf, who had gone ahead of the delegation to make arrangements for the team’s comfortable stay. Chief Executive Officer of the National Football Association of Swaziland, Frederick Mngomezulu, was also at the airport.

The Super Eagles had a feel of the Somhlolo National Stadium, venue of Friday’s match, as Coach Sunday Oliseh supervised a 45 –minute session under the floodlights.

Oliseh: “Our objective is clear. We are here to play well and win well. The NFF are doing their part well by ensuring comfortable traveling and accommodation arrangements. Now, we will go to the field tomorrow and give our very best for our country.

“I have confidence in this group. The players still need time and matches to bond together very well, but I love the hunger to achieve that I see in these boys.”

Friday’s match between the Super Eagles and the Sihlangu will kick off at 7pm Swaziland time, which is 6pm in Nigeria.

Super Eagles players and officials are staying at the Lugogo Sun Hotels.