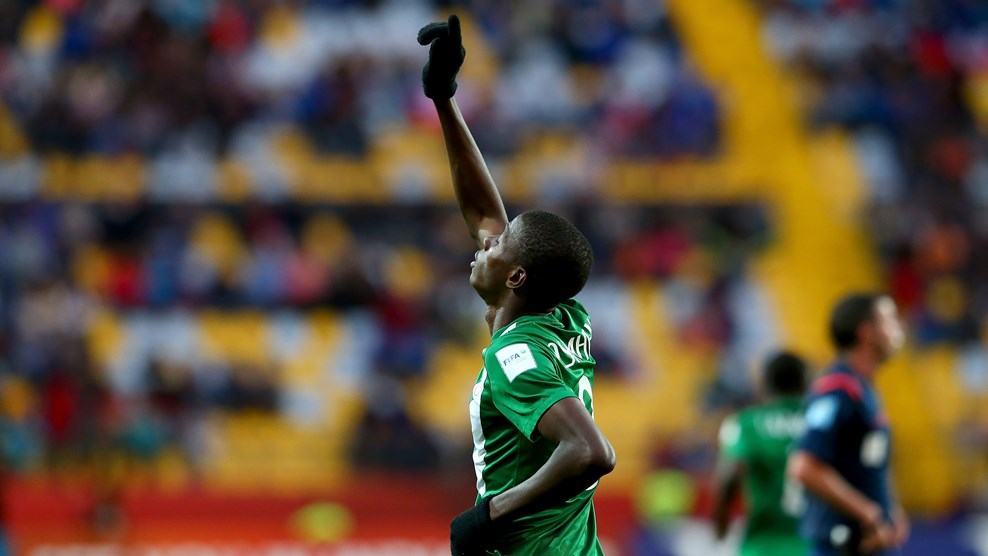 In obedience to the charge by President Muhammadu Buhari before they left the shores of Nigeria, the Golden Eaglets have won the FIFA U-17 World Cup in Chile, making it the fifth Nigeria that the country would pick up the global cadet diadem.

After a first half of even exchanges, the Golden Eaglets came into the second half with a firm plan to quickly wrap it up, and Victor Osimhen and Udochukwu Anumudu had come quite close before Osimhen broke the deadlock in the 56th minute, off a pass from the right channel by substitute Madueke.

The goal was Osimhen’s 10th of the competition – the highest by any player in the championship’s 30 –year history. He also scored in every single match played by the Eaglets.

Funsho Bamgboye, from the famous Aspire Academy, sealed it with a fierce shot into the roof of the net three minutes later, after an uncharacteristic mistake by Mali goalkeeper Sammy Diarra.

Victory also meant that after 30 years, President Muhammadu Buhari would receive the trophy a second time, having first received the inaugural trophy in 1985 as military Head of State.

The Eaglets success was also the first by Nigeria outside the Asian continent – all four previous wins having been achieved in China (1985), Japan (1993), Korea Republic (2007) and United Arab Emirates (2013).

The Eaglets march to the trophy was truly golden, with 23 goals scored in seven matches, and only five conceded.

Smooth –playing Eaglets captain Kelechi Nwakali was named the Most Valuable Player of the Tournament, as Osimhen also picked up the Second Best Player award alongside the Top Scorer’s gong. Mali’s Aly Malle was third.

NFF President Amaju Pinnick was a proud man as he joined the top dignitaries in giving out the medals at the Estadio Sausalito in Vina del Mar.

As the Eaglets Head Coach, Emmanuel Amuneke came forward, Pinnick hugged the former FC Barcelona winger and 1994 African Footballer of the Year, saying: “You are a great man. You have done a marvelous job and Nigeria is proud of you.”