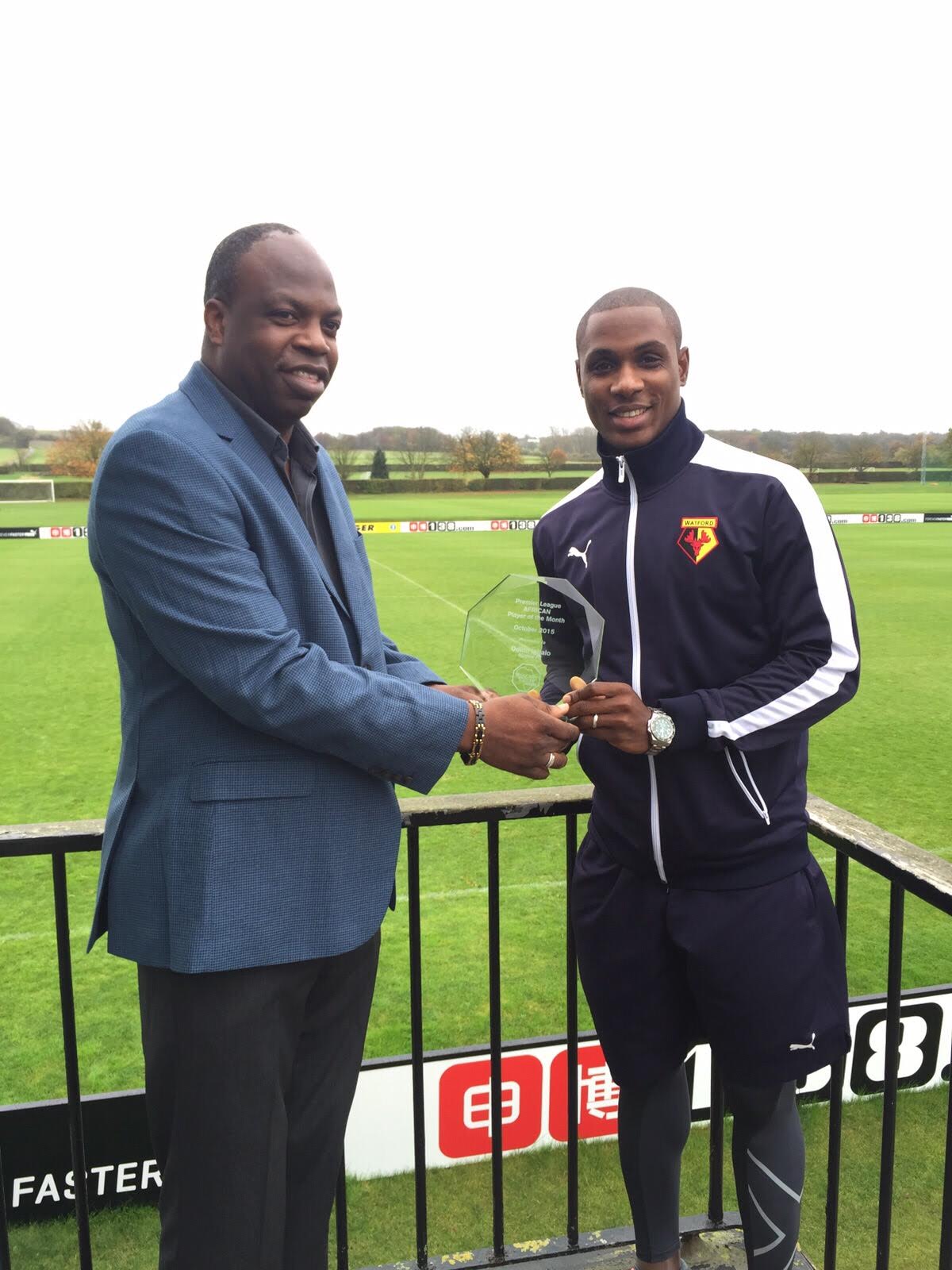 Watford FC scoring sensation, Nigeria’s Odion Ighalo has been named as October’s English Premier League African Player of the Month. He beat off stiff competition from Sadio Mane of Southampton who ran him really close in the votes, and Manchester City’s Yaya Toure.

Announcing the award, New African Soccer’s Award Director ‘Tunde Adelakun stated that ‘Odion Ighalo has been tethering on the periphery of this award since the season started. He has come into the Premier League with a rich scoring form from the Championship, and carried it on as if it was normal”.

Adelakun also expressed satisfaction at the progress of the Awards, saying “the rate at which more and more people are taking to this concept is a strong motivating factor for us to continue this drive, aimed at recognising our stars,” while thanking all who made their contributions through votes, comments and other means in making the Awards worthwhile.

Receiving his award, the October man of the month Ighalo said: “It is a great honour for me to be given this award. I thank God, through whom I achieved most of what I have, and my team mates for making it possible for me to score the goals that I score”.

Ighalo said that he was moved by the Award and that it can only motivate him to continue to do more, and set a good positive benchmark for others like him from Africa, to make them see that the sky is the limit for anyone who tries hard.

Odion Ighalo has been acclaimed by proven statistics to be the highest scorer in English leagues in the 2015 calendar year so far, with 23 goals (dating from his Championship days with Watford to the Premier League) and he attributes it to hard work. “I work hard for the goals I score and I spot opportunity and grab it. The secret is always to work hard and to have self belief, and I think I have both” he said.

Ighalo’s Watford were hot favourites to go back down following their promotion to the Premier League, but 11 games in, they occupy a decent 11th place with 16 points.

Asked whether there was more to come from him, the unassuming awardee said: “You will always be welcome here to present more of these awards because I promise you, this will not be the last time I win it”.