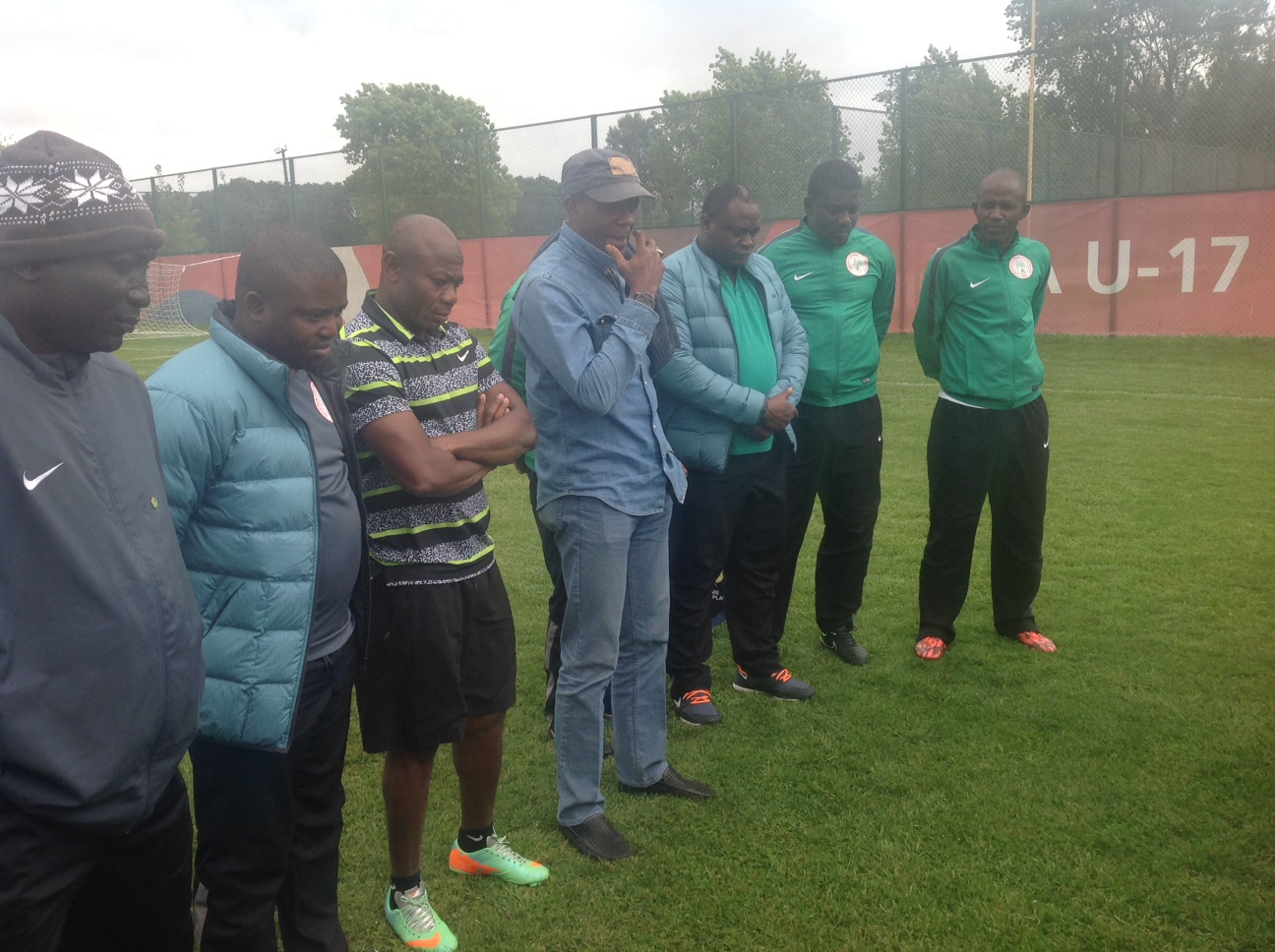 The Nigeria Football Federation has applauded the Golden Eaglets’ consistency in performance and overall discipline at the FIFA U-17 World Cup Chile 2015.

The Emmanuel Amuneke-led side on Sunday sealed a ticket to the semi-final following a 3-0 defeat of Brazil in Vina del Mar. But speaking at their first training session upon arrival at Concepción on Monday, NFF Deputy General Secretary, Dr. Emmanuel Ikpeme, said the NFF was impressed with the positive attitude and ambience within the rank and file of the team. He further commended Coach Amuneke for his exemplary leadership even in the face of daunting challenges, advising the team to remain focussed in order to end the tournament on a high note.

“The truth of the matter is that you guys have been consistent in performance and your attitude at this tournament has been excellent. On behalf of the NFF Executive Committee led by Mr. Amaju Melvin Pinnick, I want to commend you for a job well done so far,” he stated. “We appreciate the Head Coach (Amuneke) for being able to weather the storm and lead the rest of you by example both on and off the field.

“Having said that, I want you also to know that it is not over yet and your next match (against Mexico) is of high importance and it must be approached with all seriousness,” said the trained psychologist.

“We welcome the challenge of meeting Mexico again because we are more or less old foes,” said Amuneke in reference to the double victories claimed by the Golden Eaglets Class of 2013 over Mexico in the group phase (6-1) and Final Match (3-0) in the United Arab Emirates. “I think it is going to be an interesting game because the Mexicans have shown in this tournament that they are a very solid side but we will continue to work towards this important semi final game.”

The Golden Eaglets have since continued with their preparation and would had one training session on Tuesday at a training ground in Chiguayante district in Concepción. The mandatory official training at Estadio Municipal Ester Roa will come up on Wednesday before the match at the same venue on Thursday.