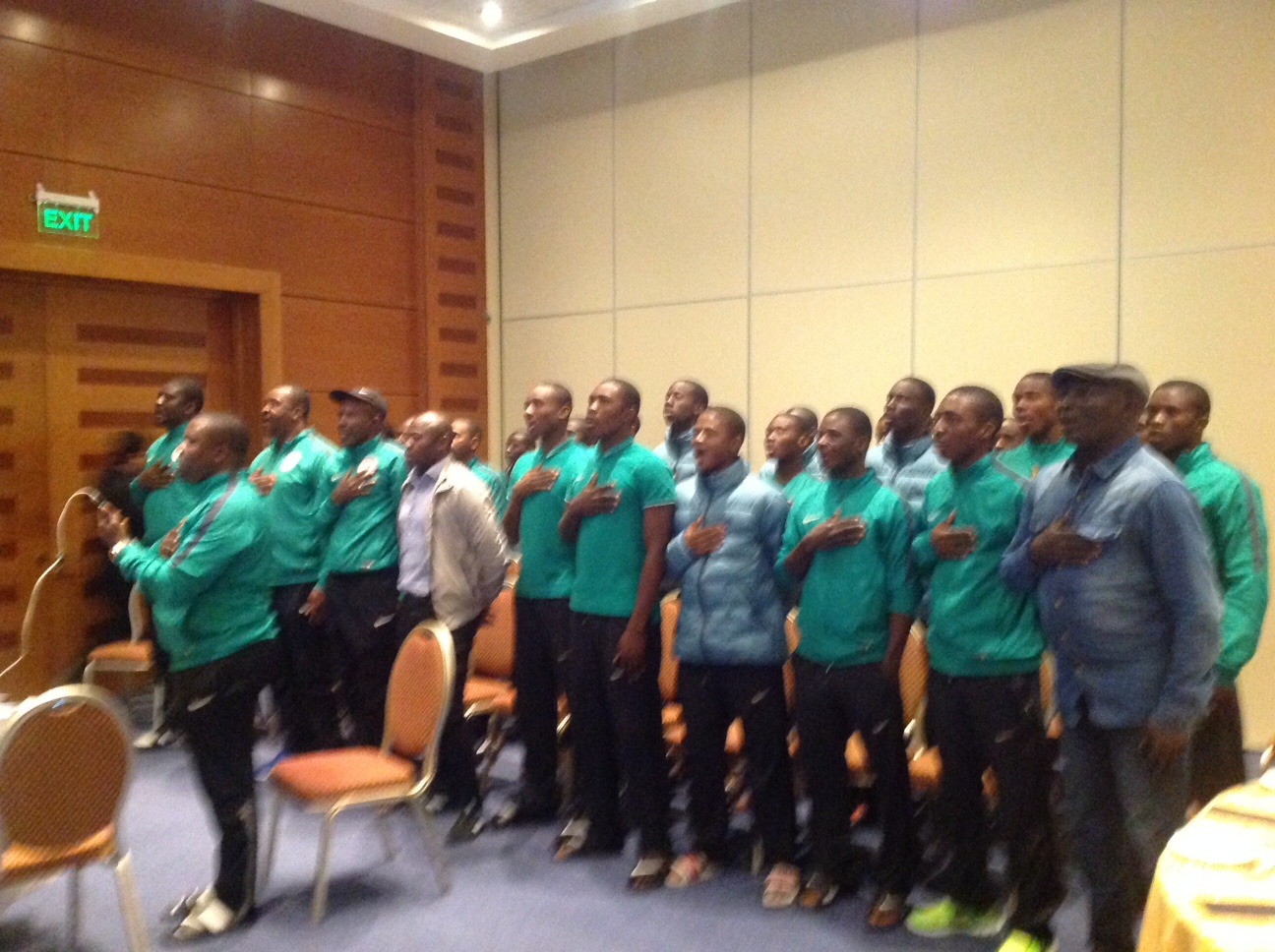 Nigeria’s leader, President Muhammadu Buhari (GCFR), fondly called PMB by Nigerians, on Saturday had a live telephone conversation with players and officials of the U-17 National Team, Golden Eaglets, ahead of their Final Match against Mali at the FIFA U-17 World Cup Chile 2015.

The live conversation was at the instance of NFF President Amaju Pinnick.

PMB, who was Military Head of State 30 years ago when Nigeria won the inaugural FIFA cadet World Cup in China, and actually gave the team the sobriquet, ‘Golden Eaglets,’ tasked the players to win the Cup again and make the country proud.

The President, in chat with players and officials of the team via Skype aided with telephone, said Nigerians were behind them and expect that they will bring the trophy home yet again. His Excellency took his turn to speak with each and every player and official, thanking them for a job well done so far and urging them to do everything humanly possible to emerge victorious (against Mali) in order to set Nigeria on the path of glory.

Golden Eaglets’ Head Coach, Emmanuel Amuneke and Captain Kelechi Nwakali assured Mr. President that the entire team was ready for the final against their West African rivals, and promised to give everything needed to win the trophy in order to “bring smiles to the faces of our people.”

Amuneke said: “It is a great pleasure speaking with you, Mr. President, and we want to assure you that we are going to do our best against Mali on Sunday to successfully defend the trophy.”

The session ended with a soul-lifting rendition of the National Anthem together with Mr. President.