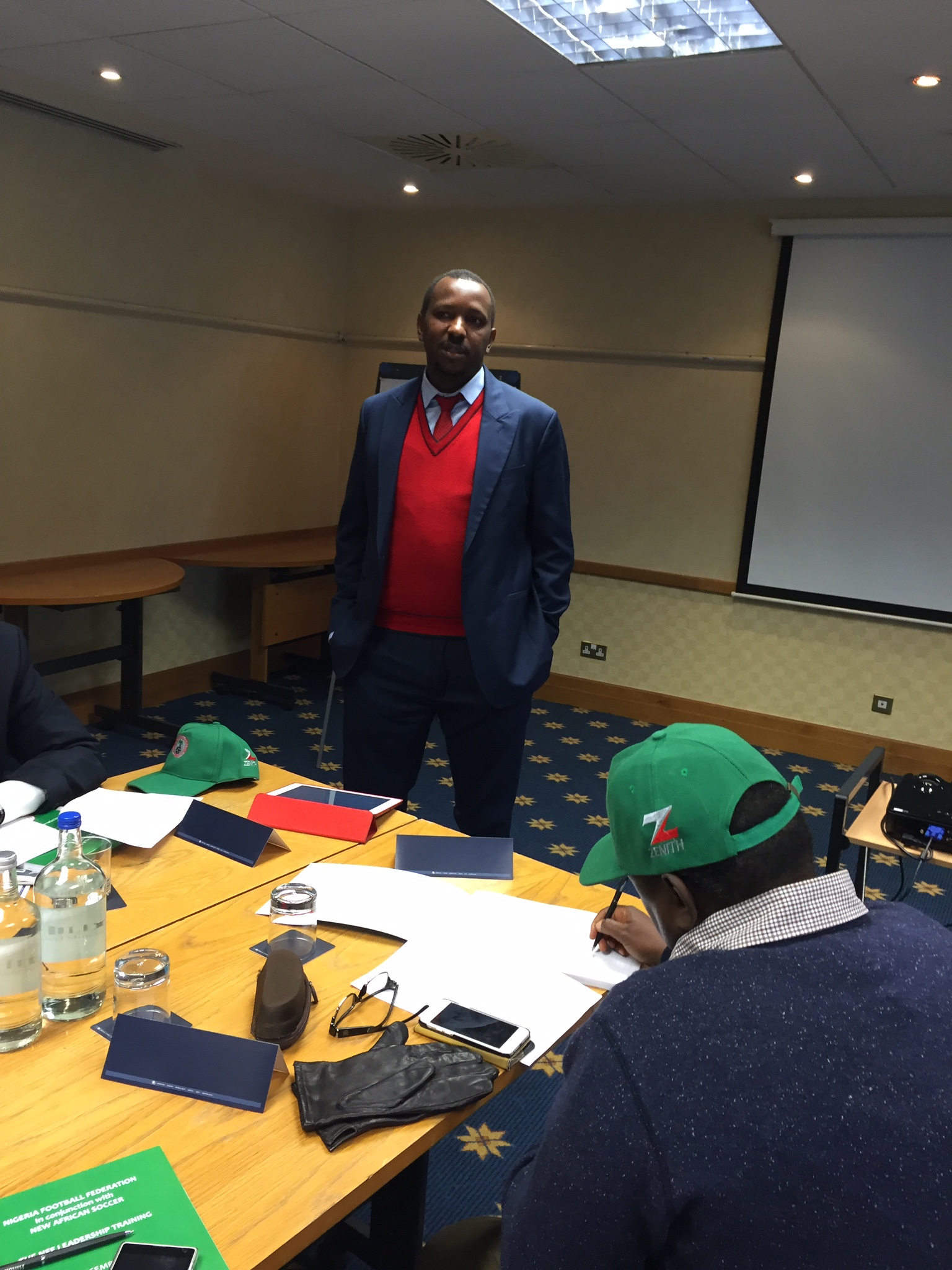 Posted By: The NFFon: December 04, 2015In: EventsNo Comments
Print Email

NFF 2nd Vice President and Chairman of LMC, Mr. Shehu Dikko on Friday declared open the 4-day leadership training for Chairmen of State Football Associations in Nigeria, holding in the United Kingdom, saying the program marked “a new vista in planning for wholesale development of football in Nigeria.”

Dikko, who opened the occasion on behalf of NFF President Amaju Pinnick, said: “We have to congratulate ourselves because we are embarking on a new vista that would, all things being equal, fast-track the development of football in Nigeria. This is because we are here as critical stakeholders and as the engine room of football development in Nigeria, embarking on a leadership training with the sole aim of boosting our capacity to drive better performances and delivery of our tasks and role within the football structure in Nigeria.

“Indeed, it is often said that, it’s not strong people that develops societies but strong institutions. This is a fact. But the institutions don’t build themselves rather its people with capacity and capability, expertise, vision and new ideas who are ready to move with the times that build these institutions.”

Dikko insisted that no one has a monopoly of knowledge, thus people have to keep seeking for knowledge with open mind so as to explore and adapt to the best practices to be able to build strong and viable institutions.

“To this end, our NFF is starting this capacity development program so as to be able to get all stakeholders to acquire new knowledge and ideas so we can be able to go back home to all continue with our efforts to improve football and institutionalise our State Football Associations within the context of global best practices.

“It’s the hope of everyone that this training is just the beginning and it would be a sustainable program year in, year out and what we would be learning here would be the catalyst for our growth and development back home. I sincerely and personally believe this would be the case.” 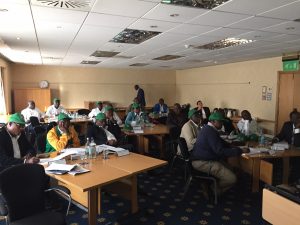 “Today, everybody is praising the LMC. But in truth, LMC is just a name and it could have been any other name? So what made the LMC thick? It’s the capacity and ability of the people that has been driving it right from inception. For example, when LMC was brought on board, the Nigeria Professional League was in sub zero status with debts of over N400m; litany of court case; clubs paying match indemnities and; the League season was lasting close to 15 months because of lack of funds even to dispense with disciplinary cases.

“However, within three years of LMC, this situation has been reversed and we have an operative governance structure in line with best international practices, a proper rulebook that guides the operations of the league, club licensing regulations and financially today clubs playing in the League stand to get between N55million to N80million both in cash and kind from basic award, facility development and performance bonuses, and merit award etc.

“In addition, LMC funds all the organising meetings and other capacity development programs and we even supported this particular program. How are we able to do this within a short period? We certainly draw on the capacity development we undergo previously and the contacts we come across during those periods. We are not perfect and we have to keep developing and that is why even two days ago I concluded deals with the La Liga, Bundesliga and even the EPL in Paris to send more clubs officials and other critical stakeholders for training and other capacity development programs. We can see now the LMC is gradually becoming an institution and catalyst for football development in Nigeria in conjunction and subordinate to the NFF.”

Dikko also recalled the capacity -enhancing programs embarked upon by the NFF for referees and coaches in the United Kingdom earlier in the year. “The result is very evident with all of us now celebrating an improved league in the just concluded 2015 NPFL season.

“Therefore, the biggest objectives of this program is to put us in a better position to go back home and turn our state FA into strong institutions that will be very active and align to international best practices so we can generate the type of content that would attract the requisite financial support from Corporate Nigeria. I believe all of us are capable of doing this with our own FA and indeed some have started like Ondo FA and Lagos FA.”

The State FA Chairmen were also at the ground of English Premiership club, Watford Football Club, to watch how officials prepared for Saturday’s Premiership game against Norwich FC.