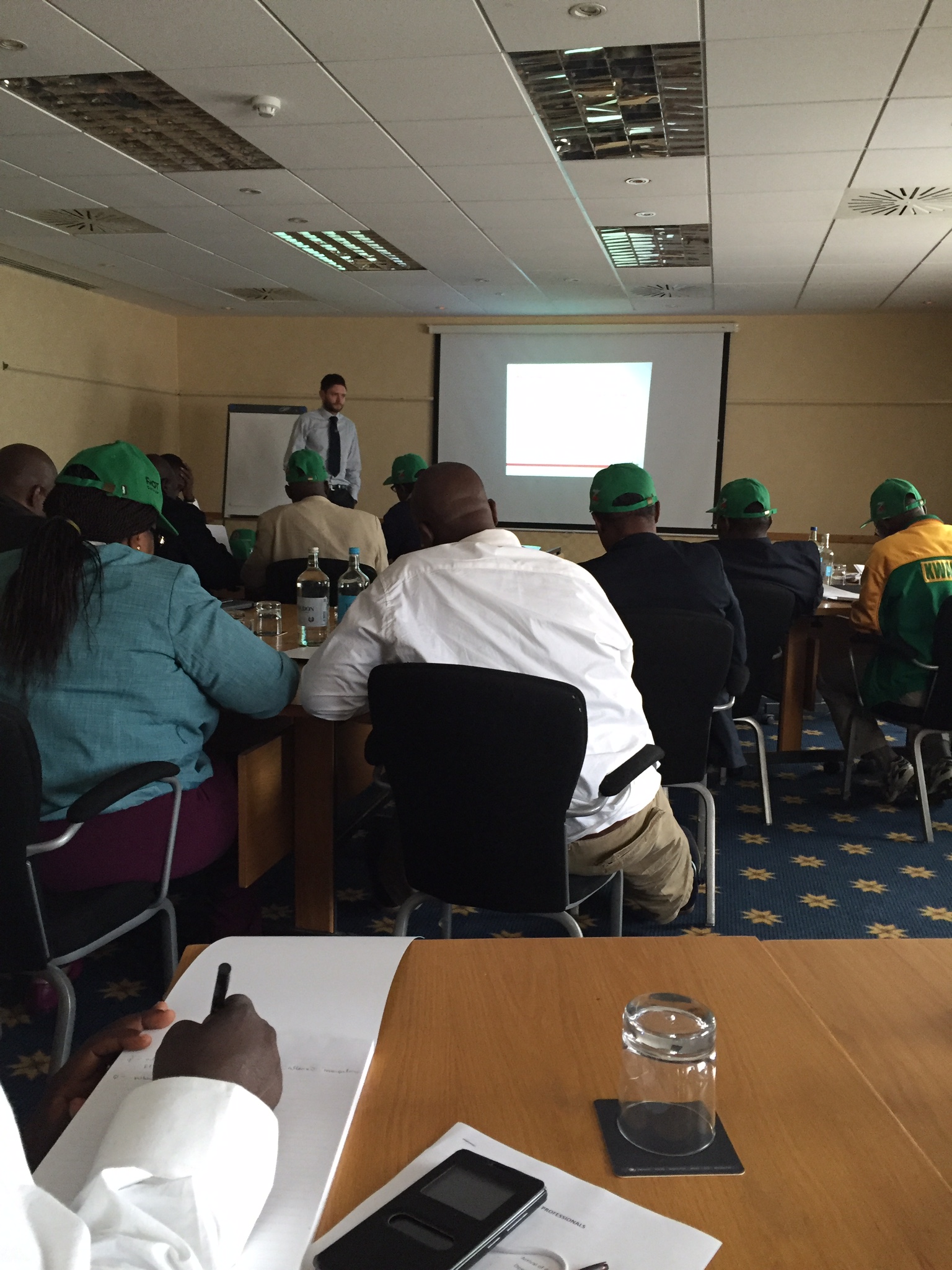 Posted By: The NFFon: December 06, 2015In: EventsNo Comments
Print Email

Half of the entire group of Chairmen of State Football Associations in Nigeria have minced no words in extolling the 4-day leadership summit on-going in the United Kingdom, revealing how much they have learnt within a few days and praising the Amaju Pinnick –led Nigeria Football Federation for arranging the program.

Broadening of knowledge in the areas of revenue generation and partnerships, insight into the relationship between regional football bodies and the community and how football can generate employment were the themes running through their observations.

Thenff.com here presents the observations of most of the NFF Congressmen with regards to the leadership summit:

Ibrahim Musa Gusau (Chairman of Zamfara State FA/Chairman of Chairmen): “This summit has been very impressive. It is brilliantly organized and we have learnt so much. The visits to London FA office and Watford FC ground and the sessions we had were insightful. We learnt about training programs for referees and coaches, and about youth and county programs. There is a lot we can implement when we go back to our different States in Nigeria.” The FA Chairmen before departure from Murtala Muhammed Airport, Lagos

Chris Green (Chairman, Rivers State FA/NFF Executive Committee member): “This program is the first of its kind in the history of Nigeria football. Administrators at the grassroots level have never had the opportunity of enhancing their knowledge of managing the game at the regional/local level. Choosing England is no mistake, because our football is fashioned as is in England. It has been quite illuminating learning about the relationship among football bodies in the counties, regions and the National level. The present NFF administration has now completed a round of capacity building for referees, coaches and administrators, and this deserves high commendation. We also must commend the sponsors (ZENITH Bank, FROT Group and ARIK airline) for seeing and buying into the vision. I call on other corporate bodies to emulate them in further enhancing the capacity of our administrators. I also commend the Hon. Minister of Youth and Sports (Barr. Solomon Dalung) for creating the enabling environment for football to thrive in our country.”

Margaret Icheen (Chairman, Benue State FA): “This program is educative, very important and necessary. Basically, football development starts from the grassroots. Never before have we had the opportunity of learning that you don’t have to depend on government for funds all the time. They showed us activities that generate revenue. We also learnt about charity, and about how to generate funds through the community. This summit is commendable. I want to appreciate the NFF President (Mr. Amaju Pinnick) for this. We will be able to initiate change when we go back home.” 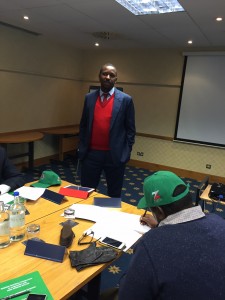 Sunday Dele-Ajayi (Chairman, Ondo State FA/NFF Executive Committee member): “This summit is excellent and long overdue. We gained a lot at the London FA that has evolved over scores of years. Our referees and coaches have been here and the impact has been felt tremendously in the domestic League; it is good that administrators are also here because change will be effected in several areas of our game when we return home. Among other things, we have learnt about relationship between the FA and Clubs. Synergy is key. The current NFF Board is doing very well for the country’s football. People like Shehu Dikko (NFF 2nd VP/LMC Chairman) learnt through programs like this and have been able to make a lot of impact on our football. The bane of Nigeria football is financing – we have learnt from here how we can raise funds for development programs. We hope this kind of programs will be sustained.”

Abubakar Ladan (Chairman, Kebbi State FA/former NFF Executive Committee member): “This program is laudable in several respects and it has come at the right time in Nigeria football development. We have broadened our knowledge on partnerships, revenue generation, proper utilization of funds and space, and community relations. If we practicalize what we have learnt here, there will be a big difference in football development in Nigeria. I recommend similar programs going forward, locally and internationally.”

Yahuza Haruna Adamu (Chairman, Bauchi State FA): “This program has broadened our knowledge on administration. With this kind of programs, the tendency to run the FA efficiently is quite high. There has been so much about partnerships and revenue generation that I believe, within the next two years, our football will be the better for it. The NFF administration of Amaju Pinnick is doing great; they are coming up with several innovations that will take our football to the next level.” The Congressmen at another session

Sabo Abdullahi Dutse (Chairman, Jigawa State FA): “We have been enriched, knowledge –wise. Imagine a small club like Watford using their Stadium to earn so much revenue! There is so much for us to take back home, and I assure you that Nigeria football will never be the same again. Administration of the game at the grassroots level will be much better henceforth.”

Busari Ishola (Chairman, Kwara State FA): “This summit has been very educative. We have learnt so much about revenue generation, and how football is administered from the top to the grassroots. We will take so much back home and be able to galvanize football development at the grassroots level. Football development starts from the grassroots. With what we have learnt, the usual little frictions between the National Association and States, and between States and the Clubs, will be a thing of the past.”

Dahiru Sadi (Chairman, Association of Professional Footballers of Nigeria/former Nigeria international): “So much has been gained, and I believe we will return to Nigeria much –better equipped to run football efficiently at the grassroots. Watford FC is one of the smallest Clubs in the English Premiership and yet, they have over 140 people employed at the football ground! There is a lot of innovation that we can work on back home in Nigeria.”

Mohammed Alkali (Chairman, Nasarawa State FA): “We have gained tremendously. This summit has been enriching and educative. We have had insight into the Club helps the community and vice versa. We are all delighted to be here. I can only sympathise with the few ill-informed elements who have criticized this program. We pity them because they are only wallowing in ignorance.”

The above reactions have come ahead of Monday’s much –awaited treble salvo: a talk on leadership strategies by Chairman of The Football Association, Mr. Greg Dyke; a paper on marketing as a tool for revenue generation at the grassroots level and; the David Dein Masterclass – Building a Brand.

The 4-day leadership summit is sponsored by ZENITH Bank PLC, the FROT Group and ARIK airline.