BREAKING NEWS
Home Events Ahead France 2019: Akinwunmi assures Falcons will get even more support, as trophy stops over in Abuja 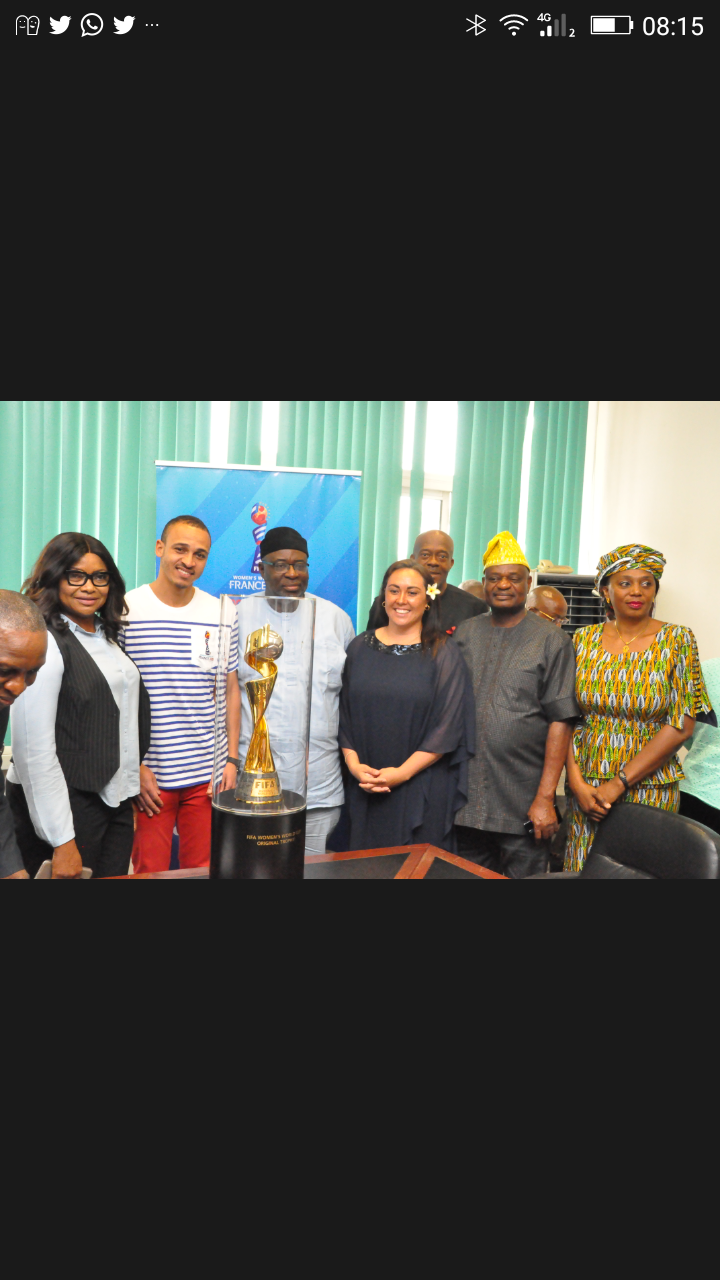 Ahead France 2019: Akinwunmi assures Falcons will get even more support, as trophy stops over in Abuja

Acting President of the Nigeria Football Federation, Barrister Seyi Akinwunmi has assured that the Federation will provide even more support and encouragement for the Super Falcons as they enter the final stages of preparation for this year’s FIFA World Cup finals in France.

Speaking on Thursday when the FIFA Women’s World Cup trophy made a stop-over in Nigeria on its tour of 24 countries qualified to participate at the championship in France, Akinwunmi acknowledged that the women’s game has brought so much honour to Nigeria, and therefore deserves all the encouragement and push necessary to thrive.

“The Government of Nigeria has been giving so much support to the various National Teams, including the Super Falcons. On our part at the NFF, we will ensure that the girls receive even stronger support before the FIFA World Cup in France,” he said at a ceremony inside the Transcorp Hilton Hotel, Abuja.

Earlier, at the office of the Hon. Minister of Youth and Sports, the Acting Permanent Secretary, Mrs Hauwa Kulu-Akinyemi traced the evolution of women football in Nigeria and stated that “the Government of Nigeria recognizes the pivotal role of football in unifying peoples across various physical and mental divides, and creating joy, love and passion among the youth. Football is a remarkable boundary-eliminator and works wonders in drastically reducing insecurity while fostering peace and tranquility within and across jurisdictions all over the world.”

The gold –plated trophy, nearly 5 kilograms in weight, was unveiled by Odemwingie, who featured in four Africa Cup of Nations finals for Nigeria and played at two FIFA World Cup finals.

At the Transcorp Hilton Hotel, the train was joined by players, technical team and backroom staff of the Super Falcons led by Head Coach Thomas Dennerby, a number of pupils from a secondary school in Abuja and other stakeholders.

In her presentation, Bareman disclosed that six of the group phase matches at the 8th FIFA Women’s World Cup finals in France has been sold out, including that pitching Nigeria’s Super Falcons against France at the Roazhon Park in Rennes on 17th June.

She also revealed that FIFA is targeting one billion television viewers for the showpiece taking place 7th June – 7th July, and that most of the tickets have so far been taken up by nationals of host nation France, the United States, The Netherlands and United Kingdom. The Video Assistant Referee (VAR) will be deployed at a women’s tournament for the first time in France, where five debutants (Jamaica, Chile, Scotland, Thailand and South Africa) will be on show.

Falode, on her part, also traced the evolution of the women’s game in the country, eulogizing the Class of 1999 that reached the quarter finals in the USA, while challenging the present squad to soar even higher in France having received the best preparation afforded any Super Falcons’ team before a World Cup championship.