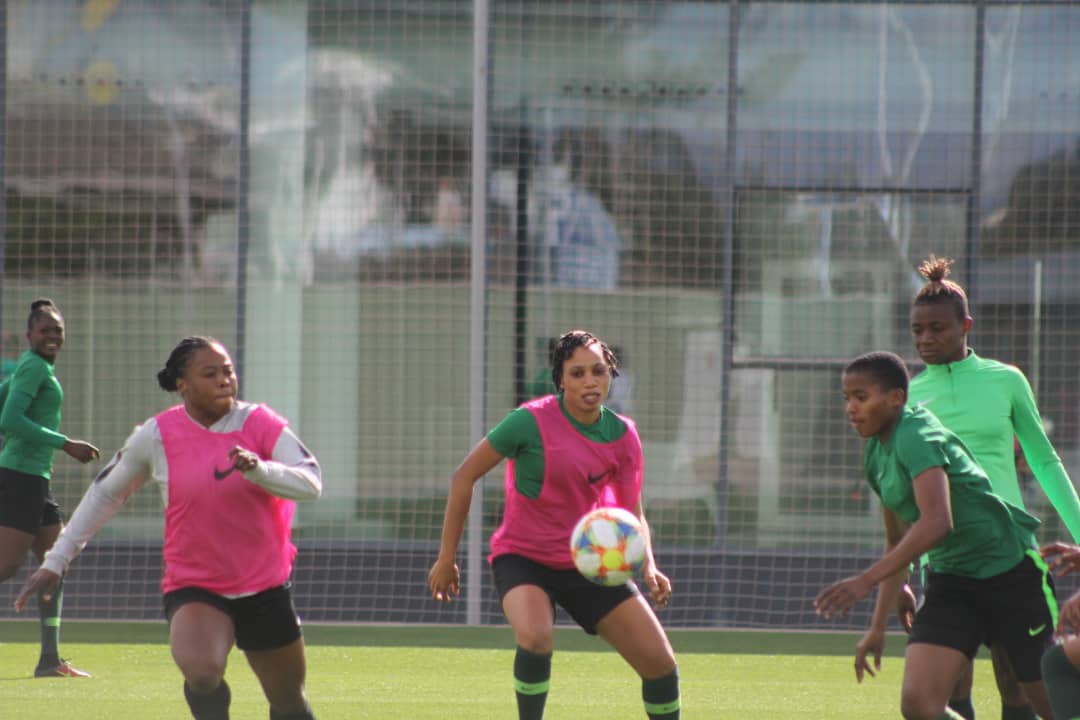 Ahead France 2019: Fierce test for Super Falcons in Spain

After pounding a first division club from Iceland (UMF Selfoss) 6-1 on Friday, Nigeria’s Super Falcons face a more worthwhile test when they square up to their Canadian counterparts in a friendly match in the city of Murcia, Spain on Monday.

Following earlier tests against teams like China and Belgium in the run –up to the 8th FIFA Women’s World Cup finals in France this summer, the nine –time African champions will be able to truly measure their progress against the Canadians, who have promised to field their full strength on the day.

Both countries began talks for this encounter during the draw ceremony of the FIFA World Cup in France in December last year. On Monday, coaches Thomas Dennerby and Kenneth Heiner-Møller will send out their strongest squads on the turf of Pinatar Stadium for a real test, two months before the big showpiece begins in France.

Kenneth Heiner-Møller has made it known he values the encounter with the African champions, as it would enable him to anticipate what to expect against the Indomitable Lionesses of Cameroon, whom Canada tackle in their first match of the 8th FIFA Women’s World Cup finals in Montpellier on 10th June. The North Americans will also play New Zealand and The Netherlands in the group phase.

On their part, the Falcons will open their campaign against Norway in Reims two days earlier. Nigeria will also confront Korea Republic in Grenoble on 12th June, before taking on tournament hosts France in Rennes on 17th June.

Nigeria and Canada have locked horns twice at the FIFA Women’s World Cup finals. On 8th June 1995, at the Olympic Stadium in Helsingborg, Norway, the Super Falcons came from behind to tie their group phase encounter 3-3. On 5thJuly 2011, at the Rudolf-Harbig Stadion in Dresden, Germany, Nigeria pipped Canada 1-0 in another group phase encounter.

The Super Falcons are scheduled to participate in the WAFU B Women’s Tournament in Abidjan, Cote d’Ivoire, 8th-18th May, before setting up camp at the Avita Resort in Bad Tatzmannsdorf in Austria, from where will fly to France for the World Cup.