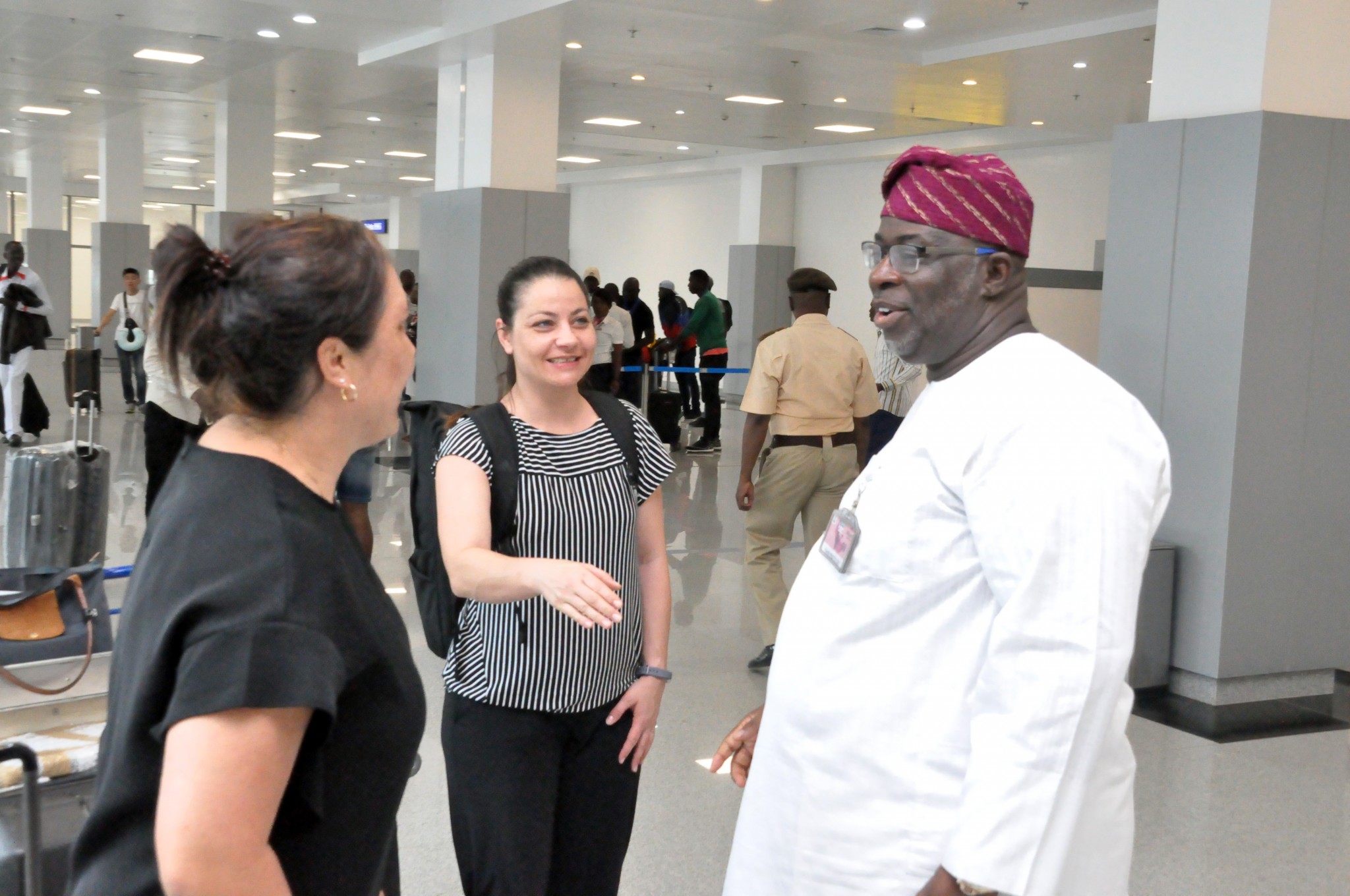 Officials from world football –ruling body, FIFA have arrived in Nigeria with the original FIFA Women’s World Cup for a trophy tour scheduled for Thursday, 11thApril 2019 in the Federal Capital Territory, Abuja.

African champions Nigeria, Cameroon and South Africa will represent Africa at the championship, with Nigeria the only African country to have taken part in all editions of the competition to date, and one of only seven countries worldwide with that special stripe.

The trophy will be received during a welcome ceremony at the Conference Room of the Sports Minister at the National Stadium, Abuja on Thursday morning, before the train moves to the Transcorp Hilton Hotel for a couple of video documentaries, an address by the NFF’s Acting President and photo sessions.

Barrister Seyi Akinwunmi will be joined by Chairman of the Nigeria Women Football League, Aisha Falode, NFF Management officials and directors in the Sports Ministry.

Some players of the Super Falcons, who returned from a two-match tour of Spain on Tuesday afternoon, pupils from two schools within the Abuja metropolis as well as media representatives and other stakeholders will also be part of the event.