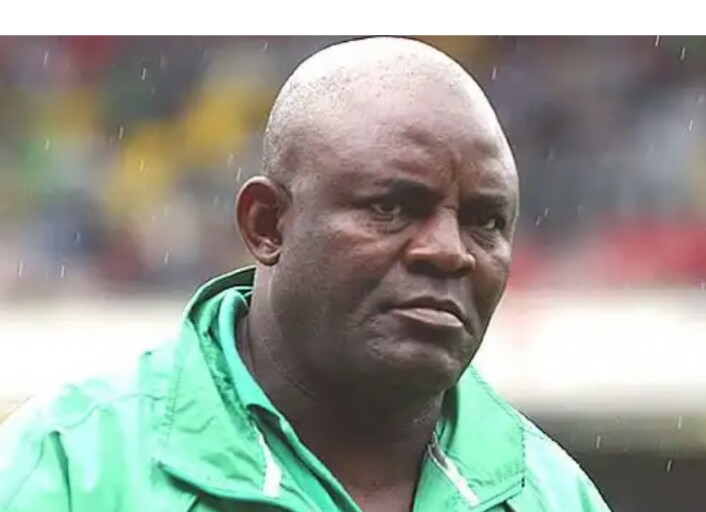 The Nigeria Football Federation has moved to provide support for former Nigeria captain and coach Christian Chukwuemeka Chukwu to overcome his present health challenges and get back on his feet soonest.

President of the Nigeria Football Federation, Mr. Amaju Melvin Pinnick, who is in the United Kingdom, toldthenff.com on Sunday that he has mandated the Chairman of Enugu State Football Association and Member of the NFF Executive Committee, Hon. Chidi Ofo Okenwa to pay a visit to the 1980 Africa Cup of Nations –winning team captain and get the details of his challenges and what needs to be done to return him to good health.

“I am not in Nigeria presently but I have asked the NFF Acting President, Barr. Seyi Akinwunmi to take full charge and ensure that this matter is treated promptly. It was for this kind of development that I spoke about the welfare foundation for our legends at the 2nd AITEO-NFF Awards in Lagos on 1st April 2019. The NFF would always be there to lend support to our legends in their hour of need,” Pinnick said. The NFF President, who is also 1stVice President of CAF and President of AFCON, is on hiw way to Cairo, Egypt for final inspection of facilities for this year’s Africa Cup of Nations finals, as well as meetings of the AFCON organizing committee and CAF Exco ahead of Friday’s draw ceremony for the championship.

Early reports on the health challenges of the former Nigeria defence stalwart indicated that there is need to raise the sum of $50,000 for his round trip to the United States of America, surgery, medication and general after-surgery care. A patron of Chukwu’s former club, Enugu Rangers FC, Mr. Benson Ezeomeogo Ejindu made this known in a Facebook post seeking to raise funds for the legend.

Christian Chukwu captained the senior national team of Nigeria as they won their first –ever Africa Cup of Nations title in 1980, receiving the brand new Unity Cup from then President Shehu Shagari. He also captained the Enugu Rangers FC team that won the Africa Cup Winners’ Cup in 1977.

Nicknamed ‘Chairman’ for the authority he exuded as he marshalled the defence and launched onslaughts on the opposition defence for club and country, Chukwu also served as assistant coach of the first team to win a FIFA World Cup trophy for Nigeria – the Golden Eaglets that triumphed at the FIFA U16 World Cup in China in 1985.

He was also assistant coach of the team widely known as the Golden Generation – the 1994 Class of Super Eagles that qualified Nigeria for her first FIFA World Cup finals, won the Africa Cup of Nations title and reached the Round of 16 at the FIFA World Cup in America.

Between 2002 and 2005, Chukwu was head coach of the Super Eagles, leading the team to win bronze medal at the 2004 Africa Cup of Nations in Tunisia.