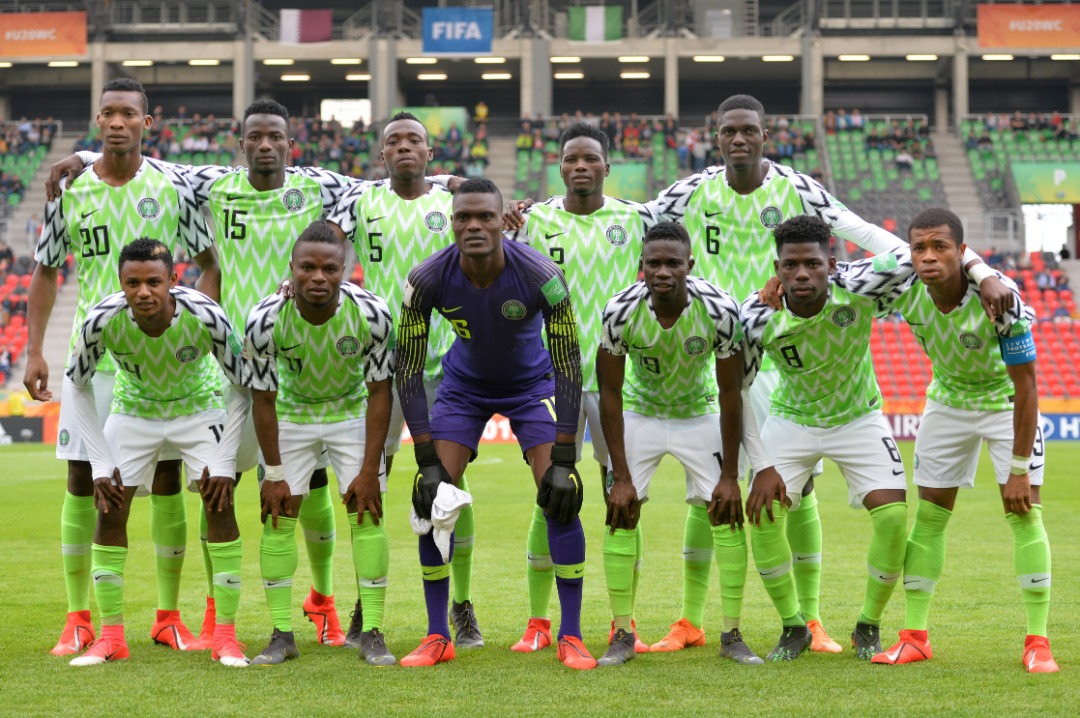 Nigeria got off to a flying start at the 2019 FIFA U20 World Cup finals in Poland on Friday as goals by Maxwell Effiom, Henry Offia and Ayotomiwa Dele-Bashiru condemned Qatar to a 4-0 defeat in Tychy.

Home –based professional Maxwell Effiom got the seven –time African champions in front after only 12 minutes, and Sweden –based Henry Offia doubled the advantage 12 minutes later.

The two –time FIFA U20 World Cup runners –up kept a firm hand on things from that point on, and Offia should have made it three early in the second half but saw his weak effort parried for a corner kick.

Manchester City of England’s Ayotomiwa showed shrewdness and clinical competence when put through by a great pass, to make it three in the 68th minute.

Defender Aliu Salawudeen, on the books of Amuneke Academy, rifled into the net for Nigeria’s fourth after the ball fell into his path from a corner kick.

The Flying Eagles will head to the city of Bielsko-Biala, where they play the United States of America in their second game on Monday.