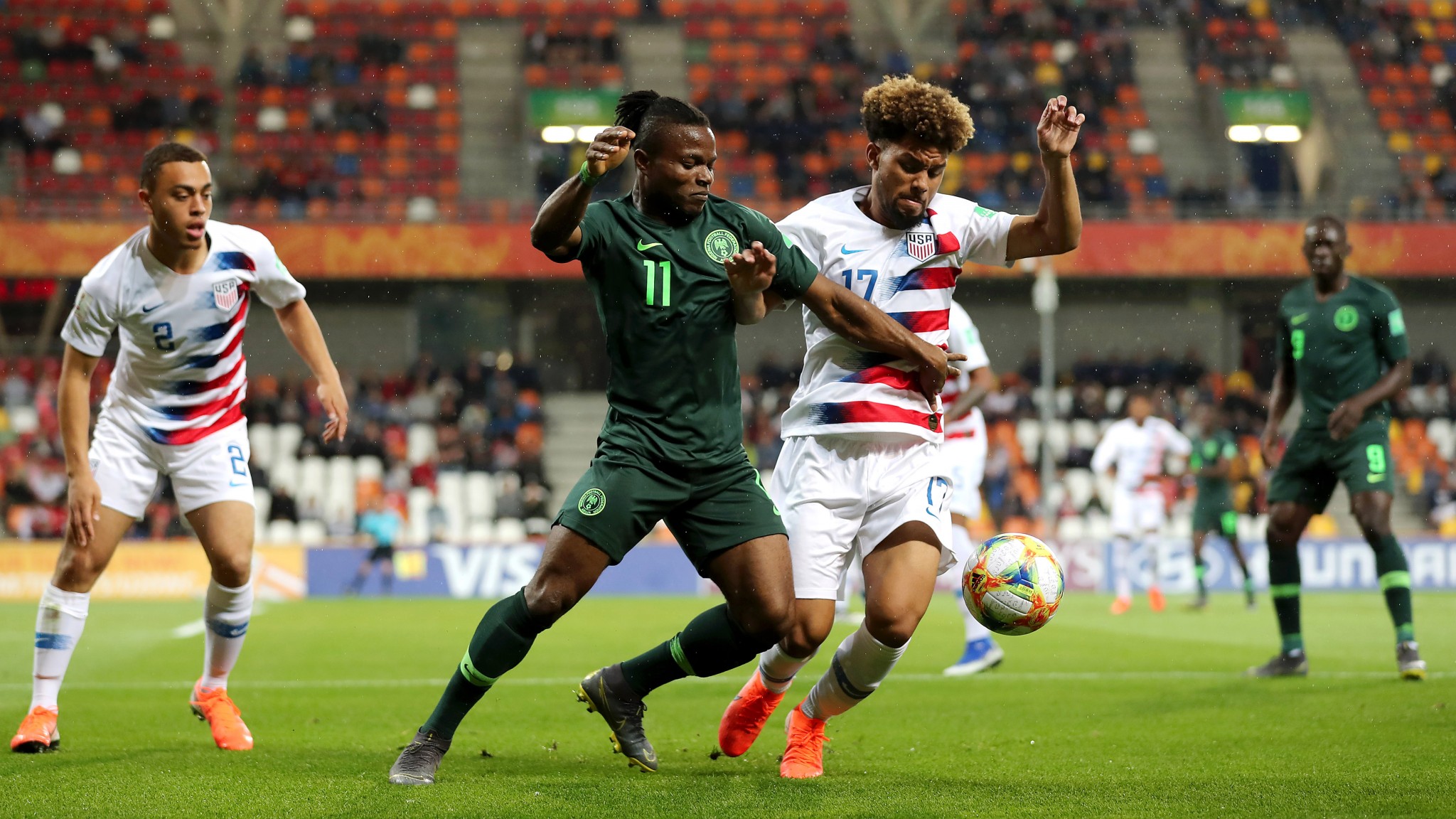 After a below par outing against Team USA in Bielsko-Biala on Monday night, Nigeria’s U20 boys know they must earn a result against group leaders Ukraine at the same venue on Thursday to prolong their stay at the FIFA U20 World Cup in Poland.

Goals by Sebastian Soto and a sterling performance by the entire USA squad condemned the seven –time African champions to a 2-0 defeat. They still have three points and two goals advantage from their defeat of Qatar in Tychy on Friday, but any slip could be costly for further interest in the tournament.

Although they already have a spot in the Round of 16, Ukraine could still finish third on the log and be condemned to face the first –placed team in Group B (race still between Italy and Japan). That is, if they lose to Nigeria and USA, on three points as Nigeria, racks up a big win over Qatar.

Both teams go toe-to-toe at the Bielsko-Biala Stadium as from 7.30pm Nigeria time on Thursday, with the Flying Eagles determined to take the game to their opponents and get a win.

However, Paul Aigbogun’s boys will do well to avoid the kind of lethargic start they contrived against USA, and put together more fluent attacking moves complemented by clinical finishing.

If they end up as group D winners, the Flying Eagles will travel back to Tychy to play a third –placed team in the Round of 16 on Monday. If they finish in second place, they would be off to Bydgoszcz to play the winner of group E (which has another African flagbearer Mali, as well as France, Panama and Saudi Arabia). And if they end up as one of the best third –placed teams, they would be off to Lodz to play the winner of group B.

Whatever their gameplan for Thursday night’s encounter, Aigbogun’s wards must watch out for Ukraine’s Denys Popov, who has scored two of the Ukrainian side’s three goals at the championship so far, as well as Serhi Buletsa, who scored one of their goals against USA.

Two of Africa’s three other representatives, Mali and Senegal, are also on good ground to reach the knockout rounds. Senegal top Group A after amassing six points from beating Tahiti and Colombia, while Mali perch in second place in group E with four points after drawing with Panama and edging Saudi Arabia in a seven –goal thriller. South Africa, afer losses to Argentina and Korea Republic, are pointless in group F.