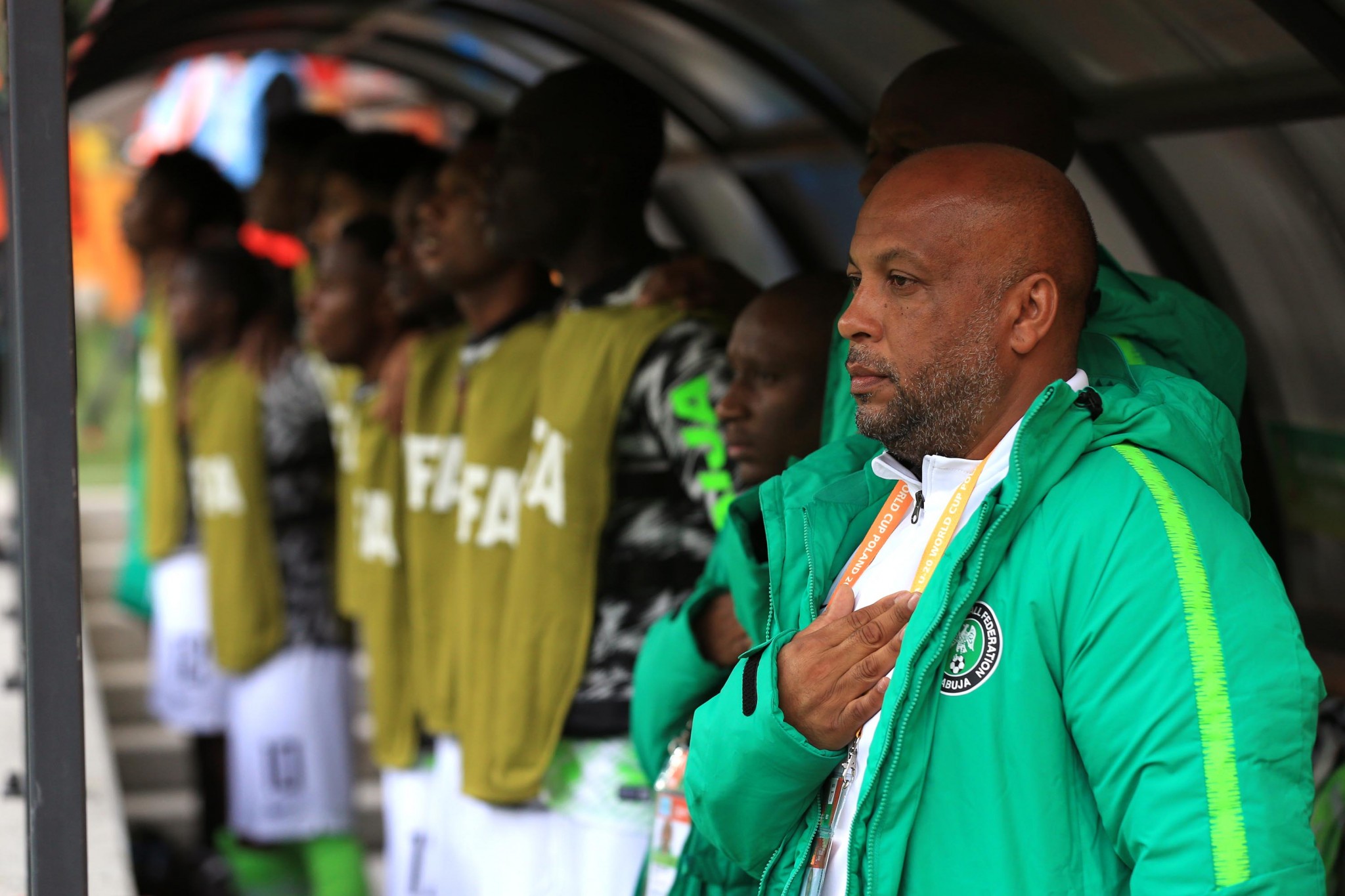 Another three points that will take them to the championship’s knockout stages is the objective of Nigeria’s U20 boys, Flying Eagles, as they confront Team USA in their second match of the 2019 FIFA U20 World Cup on Monday evening.

Venue is the 15,000 –capacity Bielsko-Biala Stadium in the city of the same name, a facility constructed on the site of an old facility and which hosted its last international game in March 2018, when Poland tackled England in an U20 match.

Coach Paul Aigbogun is banking on the flaming form of his boys, who amassed four goals against Qatar in their first match against Qatar in Tychy on Friday, to consume a desperate Team USA still looking for its first point of the finals. The Americans lost 1-2 to Ukraine also on Friday.

“We had a great game against Qatar and we want to stay in that spirit all through the championship. We will not make the mistake of under-rating any team; our approach remains taking it one game at a time. We go in there and fulfill our gameplan of achieving victory.

“It is not going to be an easy match; the Americans are hurt after losing their first game. But we are in good form and we need the three points to assure our place in the Round of 16,” Aigbogun said on Sunday.

Both countries first met at this level in the semi finals of the 1989 edition in Saudi Arabia, with a high –spirited Nigeria side just coming from a miraculous triumph over old Soviet Union in the quarter finals. The Flying Eagles had come from a 0-4 deficit with 15 minutes left on the clock, to tie the encounter with the Soviets in Dammam and went ahead to win on penalties.

On 28th February 1989, goals by Mutiu Adepoju sealed a 2-1 win over USA at the Prince Abdullah Al-Faisal Stadium in Jeddah to send Nigeria into her first –ever Final match of the FIFA U20 World Cup.

On Monday in the Polish city of Bielsko-Biala, victory over USA will send the Flying Eagles into the knockout rounds, and Maxwell Effiom, Henry Offia, Ayotomiwa Dele-Bashiru and Aliu Salawudeen, who all scored against Qatar, will look to add to their tournament tally.

On Saturday night, the Embassy of Nigeria in Poland feted the Flying Eagles, with His Excellency, Ambassador Eric Bell-Gam expressing his joy at the team’s demolition job on Qatar.