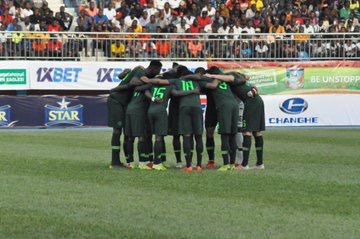 Dennerby has also picked Uchenna Kanu, who has shown tremendous firepower at the ongoing WAFU Women’s Cup in Abidjan with eight goals in two matches, as well as home –based professionals Amarachi Okoronkwo, Evelyn Nwabuoku, Chidinma Okeke and Chiamaka Nnadozie.

Nigeria’s final list of 23 players for the 8th FIFA Women’s World Cup finals will emerge from this group of 27, with four players to be cut towards the end of the two-week camping in Austria.

NFF’s Head of Women Football, Ruth David told thenff.com on Monday that the African champions will depart from Abuja for Austria on Monday, 20th May for the Avita Resort in Bad Tatzmannsdorf – the same facility where the Super Eagles had their final camping programme just before the 2018 FIFA World Cup in Russia.

The Super Falcons will depart from Austria on 4th June direct to Reims, where they open their World Cup campaign against Norway on 8th June.