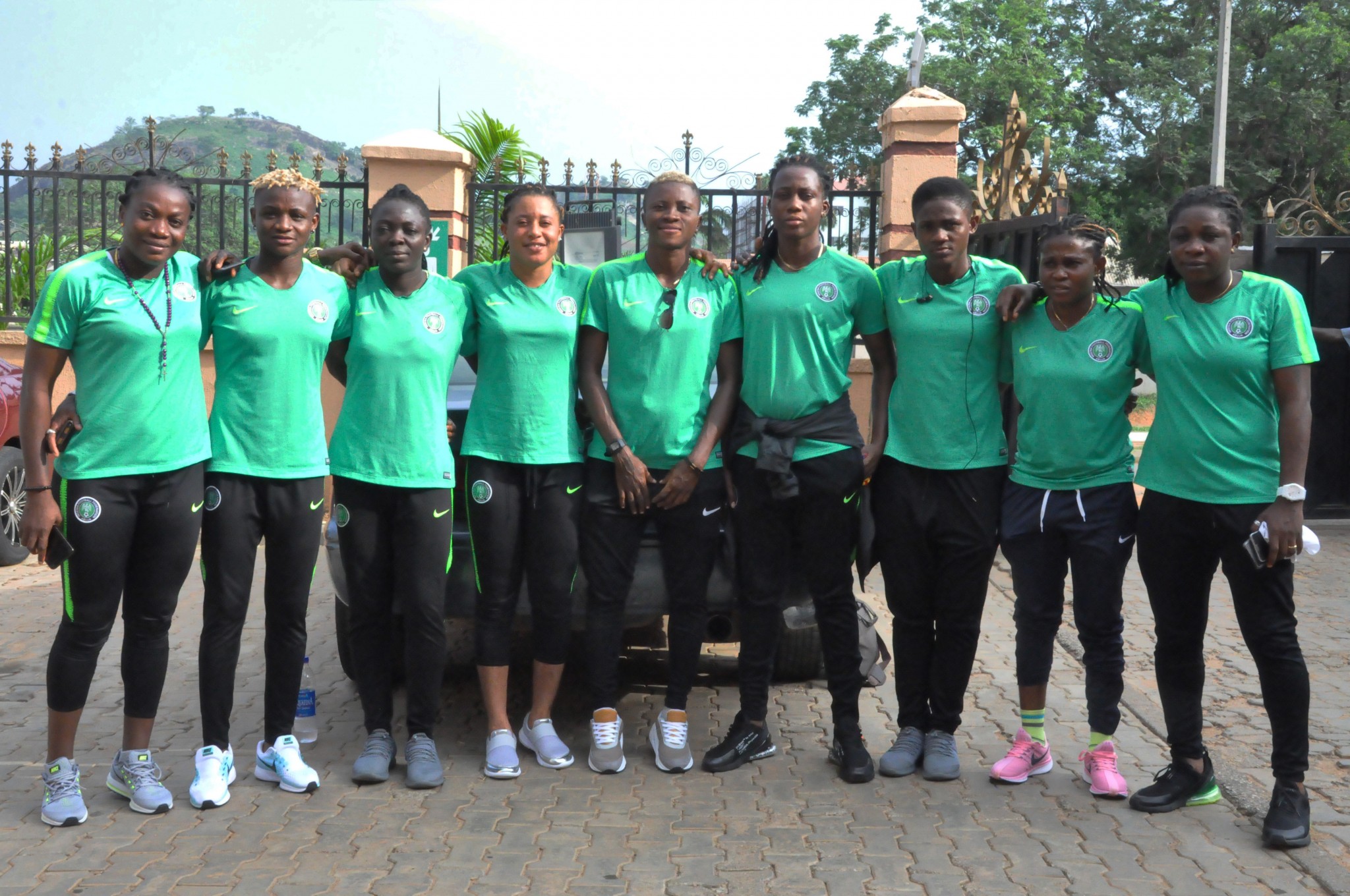 Posted By: Ben Stephenon: May 21, 2019In: Super Falcons
Print Email

African champions Nigeria have landed at the Avita Resort facility in the Austrian city of Bad Tatzmannsdorf for a two –week residential camping ahead of the 8th FIFA Women’s World Cup finals.

A delegation including nine home –based professionals and technical and administrative staff departed from Abuja on Monday night aboard an Air France flight, and travelled from Paris to the Austrian capital, Vienna on Tuesday morning before connecting Bad Tatzmannsdorf.

At the airport in Vienna, nine overseas –based professionals from different parts of the world joined the contingent, taking the number of players to 18. With England –based Ini-Abasi Umotong already waiting in camp, that made the total number 19, with only eight more expected.

The world –renown Avita Resort is the same facility that served the Super Eagles in their final training sessions just before the 2018 FIFA World Cup finals in Russia.

Coach Thomas Dennerby must pick his final squad of 23 by Friday this week. The final squad and officials will fly into France on 4th June.

Nigeria take on Norway, Korea Republic and host nation France in the group phase of the championship, with their first coming up against Norway at the Stade Auguste Delauney in Reims on 8th June.