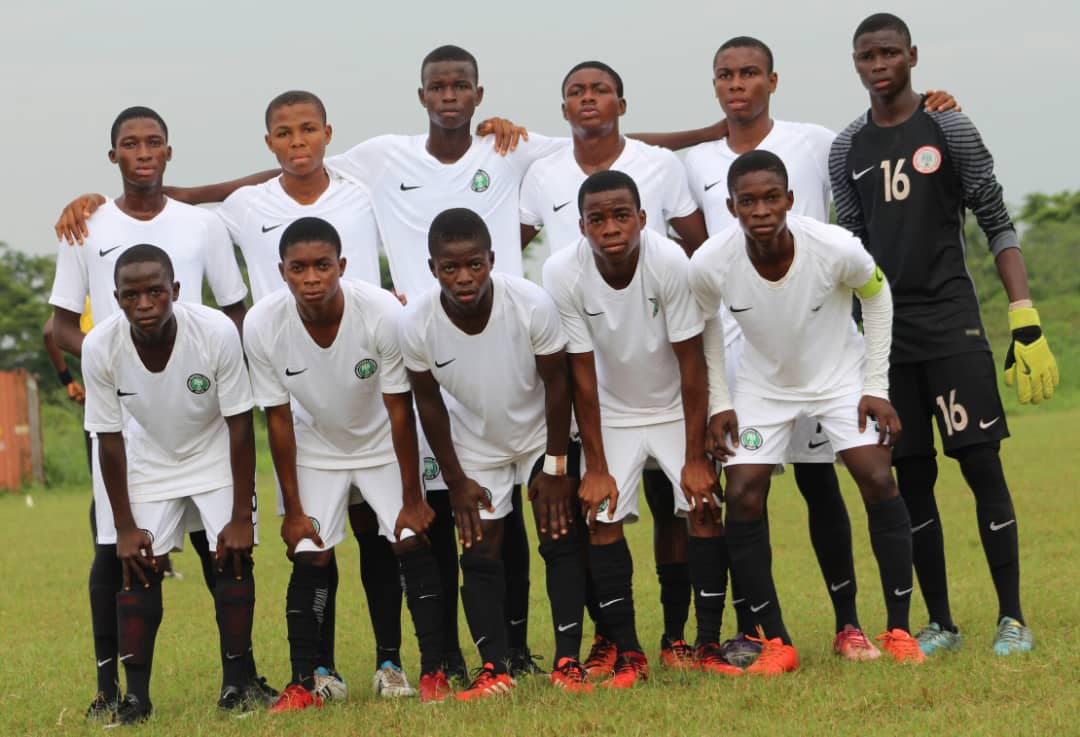 The U15 National Team, Future Eagles on Saturday have broken their training camp in Sagamu, Ogun State for two week breaks and will resume in the Federal Capital Territory, Abuja after the ongoing Ramadan for the final phase of preparations ahead of the Four-Nation Invitational Tournament in Japan next month.

The team has been preparing for this year’s edition of U16 International Dream Cup which will hold 12th – 16th June in the city of Sendai in Japan. Nigeria will compete for honours in the tournament alongside the host country Japan, Romania and Mexico.

Team Administrator of U15 National Team, Adewale Adeyinka told thenff.com: “We have had to break camp in Sagamu for the boys to go on recess and get ready for the final phase of preparations in Abuja. We will regroup in Abuja after the Ramadan fasting with 18 players selected from the 30 we had for this first phase of the preparation. The 18 players will train for five days in Abuja before departing for Japan on 9th June.”

Head Coach of Future Eagles, Haruna Ilerika has said he is impressed with the boys performance in the residential camping in Sagamu.

“The boys have been impressive and that gives me positive headache of selecting 18 from the group of 30 we had in Sagamu. The level of competition among the boys is amazing and that is what we require from the boys at this stage of development. Unfortunately, we can only travel to Japan with 18 players and we have to select the best among the best,” Ilerika told thenff.com.