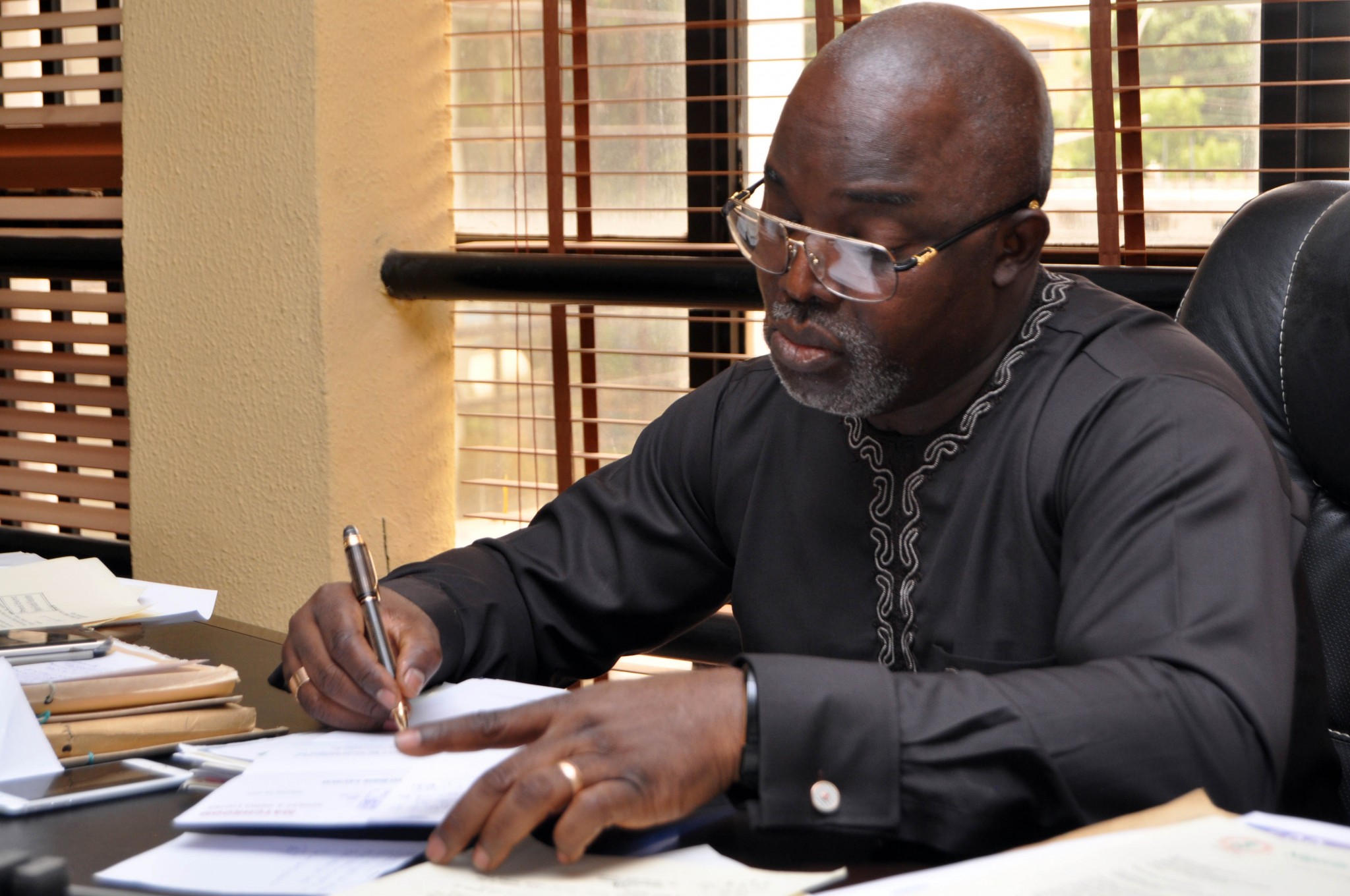 Pinnick: NFF bill is Next Level for football development in Nigeria

President of the Nigeria Football Federation, Mr. Amaju Melvin Pinnick has described as ‘the real next level’ for Nigerian Football development, the passage by the Senate of the Federal Republic on Wednesday of the NFF Bill, which automatically repealed the long –standing NFA Act.

A delighted Pinnick told thenff.com that the NFF Bill’s passage is the biggest enabling environment for Nigerian Football to thrive provided by any Government over the decades, and applauded the President Muhammadu Buhari administration for consolidating on its numerous and credible moves that have provided lifeblood and impetus for the Nigeria game.

“The NFF remains forever grateful to the administration of President Muhammadu Buhari (GCFR) for the several praiseworthy moves and policies that have boosted the development of football administration and organization in Nigeria over the past four years. Indeed, we can never over-emphasize the President and his Government’s tremendous support for the present NFF to overcome its several challenges and forge ahead in taking Nigerian Football to new heights.

“We want to greatly applaud the National Assembly for the passage of the NFF Bill. It is a major victory by, and legacy for, the present NFF administration. A lot of effort went into pushing the Bill, and we are very happy that it has finally been passed.

“Indeed, the passage of the bill, and if assented to by Mr. President, will strengthen our resolve and provide framework to fast-track our objectives to make football an integral part of the Nigeria economy as is happening in some other countries across the globe.”

Wednesday’s passage by the Senate means the entire National Assembly has endorsed the document (the House of Representatives having earlier passed it), with only President Buhari’s assent remaining for the Bill to become law.

An outline of the NFF Bill shows that it, among other things, repealed the NFA Act and established NFF; recognizes football as a National Asset entitled to special privileges and concessions; recognizes the NFF Statutes as supreme law for football administration in Nigeria; recognizes that the Federation and its members shall be self-governed by the Federation; recognizes NFF as a private sector –driven and self –governing non-profit body; recognizes that all disputes should be resolved by alternate dispute resolution mechanisms enshrined in the Statutes, with FIFA and CAS as final bus-stops and; that membership of NFF being voluntary, all members/participants shall be deemed to have waived rights to take internal disputes to ordinary courts of law.

It also provided for the NFF to publish its annual audited accounts and to keep same for inspection by members; clear –cut process on how Government will support the NFF through grants, subventions and appropriations; clear –cut process for Government to confer benefits, concessions and tax rebates on companies sponsoring football; organize and operate its secretariat and employ staff under its standard employments contract as done in the private sector; streamline and enhance transparency in transfer of players; provides the framework for the domestication of the NFF and FIFA Statutes and; provides clear-cut process for Government to support football by giving the National Broadcaster funds to buy broadcast rights from NFF and the Leagues at commercially viable terms and broadcast football events through the networks.