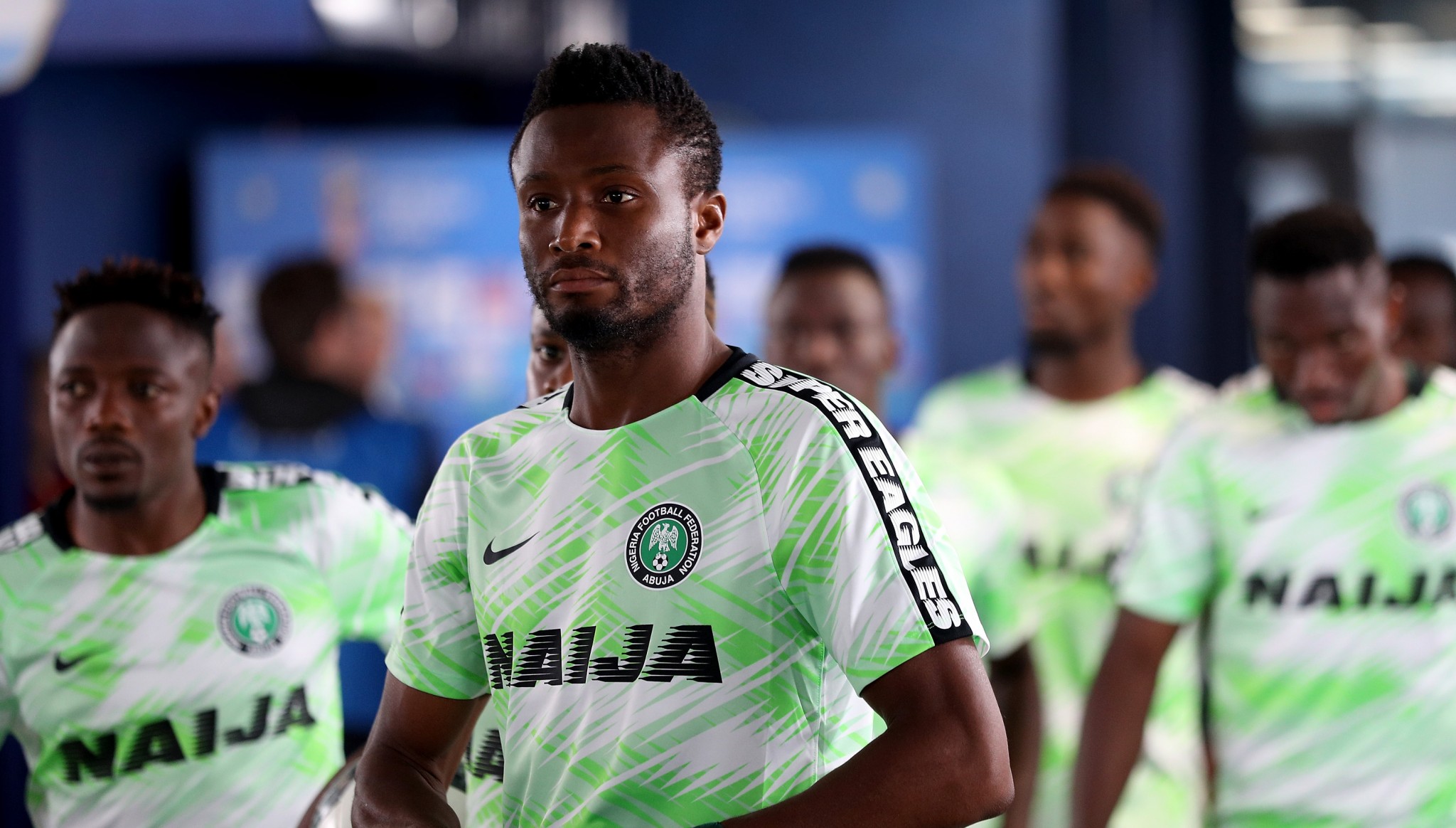 . Idowu, Utin, 4 others on standby

Coach Gernot Rohr on Tuesday listed midfield enforcer Mikel John Obi, pacy winger Ahmed Musa and defenders Kenneth Omeruo and Abdullahi Shehu in a 25-man squad to prepare for the 32nd Africa Cup of Nations finals in Egypt this summer. Six other players are on standby.

Mikel Obi, who captained the team at the FIFA World Cup finals in Russia last year summer, has not been with the group since Nigeria’s elimination from the finals after a 1-2 defeat by Argentina in Saint Petersburg. However, a recent meeting with Coach Rohr in the United Kingdom sealed his return to the three –time African champions, with the possibility of adding to his 85 international caps.

Rohr has largely kept faith with the Trojans who earned a ticket to the AFCON finals with a match to spare, with goalkeeper Francis Uzoho, defenders Leon Balogun and William Ekong, midfielders Oghenekaro Etebo and Wilfred Ndidi and forwards Odion Ighalo, Alex Iwobi and Moses Simon also on the roll-call.

He has put on standby six players, among them defenders Ikouwem Utin and Valentine Ozornwafor who have also been named in Nigeria’s final 21 for the FIFA U20 World Cup starting in Poland next week. The Franco-German tactician explained to thenff.com that he has included the two players knowing the FIFA U20 World Cup will end on 15th June, six days before the first match will be played at the AFCON.

2018 FIFA World Cup defender Bryan Idowu is also on standby, alongside Portugal –based Mikel Agu and Egypt –based Junior Ajayi, and home –based goalkeeper Theophilus Afelokhai.

All invited players and officials are to report at the Golden Tulip Hotel, Asaba on Sunday, 2nd June, ahead of the friendly with the Warriors of Zimbabwe at the Stephen Keshi Stadium on Saturday, 8th June.

The team will depart for Egypt on Sunday, 9th June aboard a chartered aircraft, set up a final training camp in the city of Ismailia and tackle Africa’s number one –ranked team, Senegal in their final pre-AFCON friendly on Sunday, 16th June.

Nigeria confront Burundi, Guinea and Madagascar in that order in Group B of the 32nd Africa Cup of Nations taking place in four Egyptian cities 21st June – 19th July.