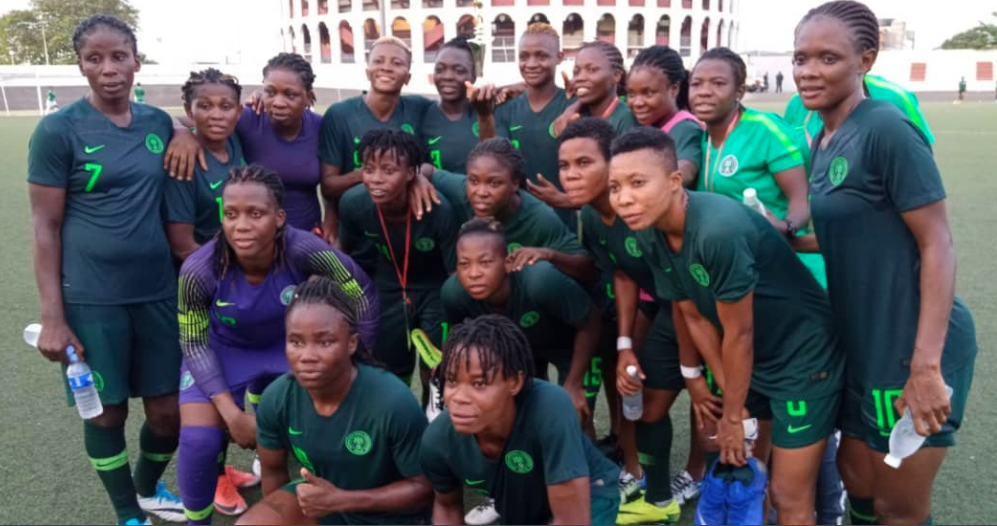 Posted By: Ben Stephenon: May 19, 2019In: Super Falcons
Print Email

Nigeria swept to glory in the 2019 WAFU Women’s Cup tournament in Abidjan on Sunday as the Super Falcons edged host nation Cote d’Ivoire 5-4 after penalty shootout in an interesting final match at the Stade Robert Champroux.

The Ivorians took the lead in the 43rd minute of the encounter when Spain –based Ange Koko N’Guessan, who also scored for the Dame Elephantes against Mali in the semi final, beat goalkeeper Chiamaka Nnadozie with a marvelous free –kick.

Afterwards, the African champions created several chances without making hay. It was left to leggy forward Uchenna Kanu, the USA –based student, to draw Nigeria level in the fourth minute of added time in the second half.

In the penalty shoot-out, Amarachi Okoronkwo, Maryam Ibrahim, Alice Ogebe, Joy Bokiri and captain Evelyn Nwabuoku made no mistake from the spot, while the Ivorians lost one of their kicks.

The Falcons had also won their semi final match against Ghana after penalty shoot-out, 4-2. On the whole, the African champions scored 23 goals in the tournament, conceding only two. They thrashed Burkina Faso 5-1, victimized Niger Republic 15-0, defeated Mali 2-0 and defeated Ghana on penalties after a 0-0 draw.

The Nigeria delegation will fly into Abuja on Sunday afternoon.

All overseas –based professionals will travel directly to the Avita Resort camp in Austria.