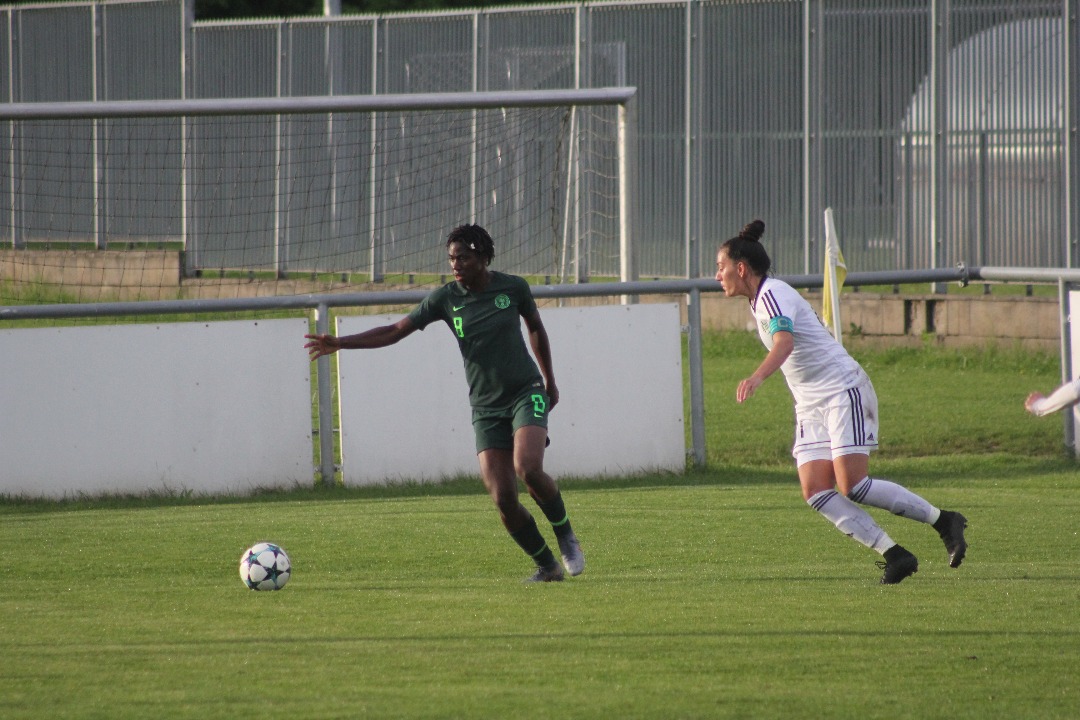 Posted By: Ben Stephenon: May 29, 2019In: Super Falcons
Print Email

The Super Falcons will travel from their Avita Resort camp in Bad Tatzmannsdorf to Slovakia on Sunday for a friendly against their Slovakian counterparts – the second time both teams would be meeting this year.

On 1st March 2019 at the Cyprus Women’s Cup in March, the nine –time African champions edged a seven –goal thriller against the Slovakians, with goals from midfielder Rita Chikwelu (a brace), defender Osinachi Ohale and forward Anam Imo.

Sunday’s game comes up five days after the Falcons travelled to Hungary to defeat Hungarian top division team Haladas Viktoria 5-1 in their first friendly since arriving at the Avita Resort for a two –week residential camping ahead of the 8th FIFA Women’s World Cup finals in France, starting next week Friday.

In the match played at the Kiraly Sports Centre in Szombathely, Hungary, Viktoria took the lead in the 14th minute as goalkeeper Tochukwu Oluehi slipped while trying to punch the ball.

From then on, it was all Nigeria, with China –based Chinwendu Ihezuo equalizing in the 32nd minute from a pass by fellow China –based forward Francisca Ordega to make it 1-1 at half time.

Ordega turned scorer in the 52nd minute, off a corner kick by Ngozi Okobi, before Asisat Oshoala made it 3-1 in the 70th minute by capitalizing on a pass from Chinaza Uchendu.

Oshoala got her second and Nigeria’s fourth two minutes later, benefitting from Uchenna Kanu’s pass, and Ogonna Chukwudi rounded off matters in the 84th minute off a pass from Anam Imo.

On return from Hungary, the Falcons will train on Monday, before flying to France on Tuesday ahead of their first match of the FIFA World Cup against Norway in Reims on Saturday, 8th June.